Analysis: Libya’s Gaddafi had a history of reaching out to Israel

"Gaddafi perceived Israel as a powerful actor on the international stage, believing it enjoyed great influence in the Western world," expert tells ‘Post.’ 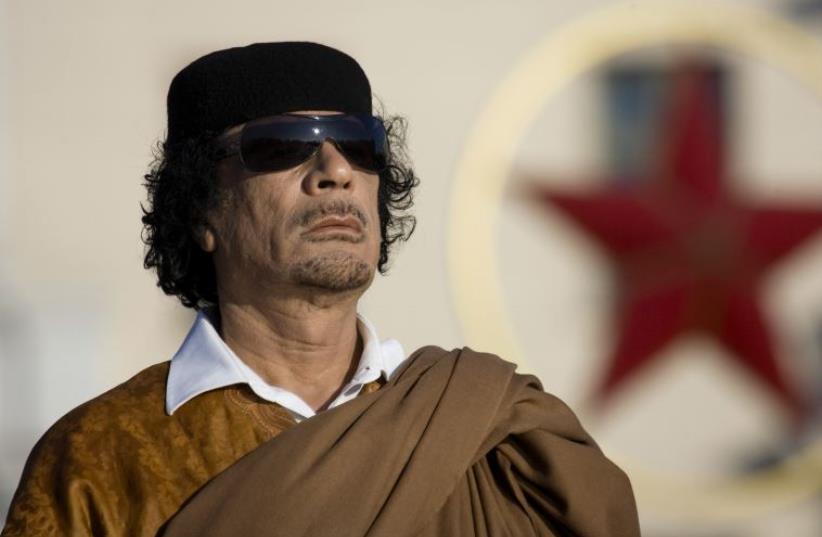 Former Libyan leader Muammar Gaddafi, file photo, 2008
(photo credit: REUTERS)
Advertisement
The report that Muammar Gaddafi sought help from Israel during the 2011 revolt against his rule could be another example of the late Libyan dictator’s actions at odds with his harsh rhetoric.After many years of hostility and orchestrating terrorism against the West, Gaddafi eventually decided to pursue a rapprochement with the US in order to end sanctions in exchange for his agreeing to dismantle his country’s nuclear weapons program in 2003.Reports of Gaddafi reaching out to Israel also raise another question: How many of Israel’s current declared enemies are covertly seeking cooperation with or reaching out to the Jewish state? “The report provoked amazement and doubts because the Libyan tyrant was known for his unequivocal rejection of Zionism and rejection of the right of the State of Israel to exist,” Prof. Yehudit Ronen, a leading expert on Libya and the Sahel region of Africa at Bar-Ilan University in Ramat Gan, told The Jerusalem Post.Moreover, said Ronen, “Gaddafi, who adamantly called, during his 42-year rule, to annihilate the ‘Zionist enemy,’ had never employed the term ‘State of Israel.’ “Yet and notwithstanding his stern hostility toward ‘the Zionist entity,’ Gaddafi perceived Israel as a powerful actor on the international stage, believing it enjoyed great influence in the Western world and particularly in Washington’s corridors of power,” she said.Therefore, when the Libyan regime was teetering on the brink – due to the uprising and the damage from the UN-imposed Lockerbie sanctions first implemented in 1992 – she added, “Gaddafi desperately made extraordinary overtures to the Jewish lobby in the US and to Israel as well.”The sanctions were implemented to force Libya into extraditing two of its citizens suspected of bombing a Pan Am airplane in Scotland in 1988, killing 243 passengers and 16 crew, and 11 more people on the ground.“In May 1993, in a dramatic move, the Libyan leader sent a massive delegation to perform a pilgrimage at Muslim holy sites in Jerusalem instead of sending them to Mecca, since these pilgrims were prevented from reaching the Saudi city due to an embargo on Libyan air travel,” added Ronen.“Gaddafi clearly was acting pragmatically and signaling a goodwill gesture toward Israel,” said the Libya expert, noting that many political, media and other senior Israeli figures at the time interpreted it as an attempt on his part to downplay antagonism toward Israel. He hoped Israel would reciprocate this gesture by using its influence in the West to remove or at least ease the sanctions.In the end, “the Libyan visit ended in a fiasco, yet at the same time it indicated Gaddafi’s clear-cut priorities in moments of acute political distress, positioning interests before principles,” concluded Ronen.Gaddafi can be viewed as one of a long line of Arab leaders who seized power and allied with influential tribes to stay in power. This has been the tradition in the region since time immemorial.In this context, ideology plays less of a role than does keeping power amid shifting alliances. As professor of international relations Bassam Tibi notes in his article “The Simultaneity of the Unsimultaneous: Old Tribes and Imposed Nation-States in the Modern Middle East,” “Tribal and other varieties of pre-national loyalties and identities still persist.“Thus, the dichotomy of tribes and states is not a purely academic issue; nor is it an issue exclusively related to the past,” he wrote.Countries such as Saudi Arabia and other Gulf states come to mind as other regimes with possible covert relations with Israel. Perhaps they will disclose some diplomatic surprises in the future.