Michael Mor, long one of Israel’s most notorious crime bosses, was apparently the intended target of Saturday night's shooting. 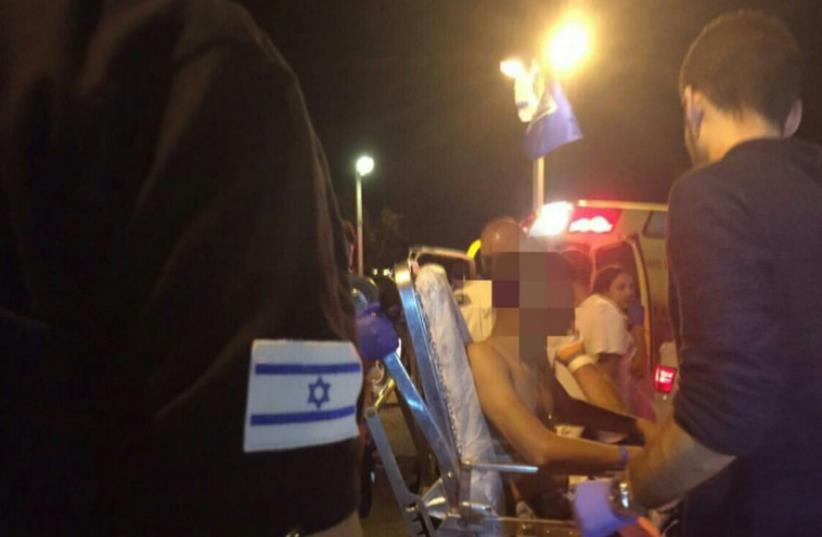 Scene of Eilat shooting, April 25, 2015
(photo credit: ZAKA RESCUE AND RECOVERY ORGANIZATION)
Advertisement
Police may have a lead in the drive-by shooting that left three children aged eight to 15 wounded in Eilat on Saturday night, after they got their hands on what they believe to be the gun used in the attack.Southern District police said a jogger called Eilat police Sunday morning after finding a pistol that detectives now believe was likely the gun used by the shooter in what the law enforcement believes was a botched underworld hit.A further layer was added to the story on Sunday, when shots were fired at a house where mobster Michael Mor is living in Nahariya. The target of the shooting in Eilat is a former associate of Mor’s who left his crew, and police say they believe the attack Saturday night was meant to take his life, but instead wounded his three children, two girls aged eight and 10, and a 15-year-old boy.The children were all sitting in the vehicle outside the Mul Hayam mall in Eilat when shots were fired into the car from a shooter on a scooter who then fled the scene.Not long after police said they found a scooter that had been torched next to a local cemetery.After the shooting, Southern District Police Commander Yoram Halevy said “the gang wars have crossed all standards of criminal behavior, and that they [criminals] are not hesitating to use any means, or to hurt whoever is near or next to the target they are trying to hurt.”Mor, long one of the country’s most notorious crime bosses, returned to Israel last October after a three-year sojourn abroad, in South Africa and Thailand. While he was out of the country, his brother Badri Mor ran his operations until he was shot dead in Nahariya in July of last year.Mor was also heavily involved in gambling and other criminal operations in and around Eilat in recent years.