Amid call for a re-think, Shapiro re-affirms US commitment to two-states

Shapiro gave no hint as to what US President Barack Obama planned to do on the Mideast in the remaining two months of his term. 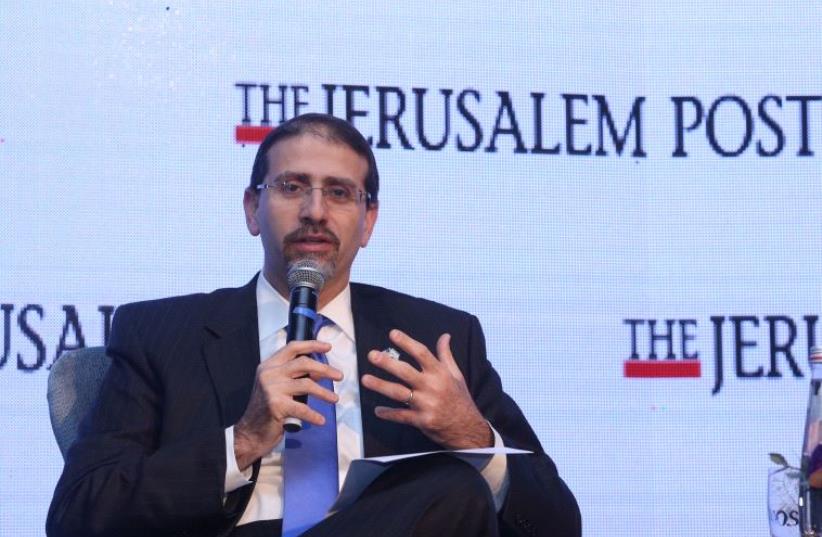 Dan Shapiro
(photo credit: MARC ISRAEL SELLEM)
Just minutes after Education Minister Naftali Bennett said that it was time to re-think the “two-state solution,” US Ambassador Dan Shapiro told The Jerusalem Post Diplomatic Conference that Washington remains committed to advancing peace through a negotiated two-state solution.This has been a shared priority for decades, he said.The ambassador repeated the current administration’s position that the present status quo is “unsustainable,” and that the situation on the ground needs to be reversed in order to prevent a “slide” into a one-state reality. The negative trends he mentioned include Palestinian incitement and Israeli settlement construction.Shapiro gave no hint as to what US President Barack Obama planned to do on the Mideast in the remaining two months of his term, other than to stay he will remain engaged in this issue, as well as all other foreign issues, until his last day in office. He also noted that Obama has promised a smooth transition with President- elect Donald Trump.Shapiro noted the unprecedented level of Israel-US security and intelligence cooperation, pointing out that the first two F-35 jets will arrive in Israel on December 12, a symbol of America’s commitment to Israel’s security and maintaining its qualitative military edge.America’s contribution to Israel’s defense is not only in providing funds – such as the recently signed $38 billion, 10-year military aid package – but also through joint training. The US and Israeli security establishments are more “deeply intertwined” than ever before, Shapiro said.“In the midst of political transition, it is understandable that the emotions are strong and the air is filled with expectation,” Shapiro said. “But I am very confident that the close and mutually beneficial ties between our two countries, and the United States’ ongoing support for Israel through our extensive military, intelligence, economic and political support, and our leadership role in peace-making and the pursuit of common values, will continue to be the defining features of our relationship for many years to come.”