Education minister says the pending release of the state comptroller's report will serve to shake up the country's security establishment. 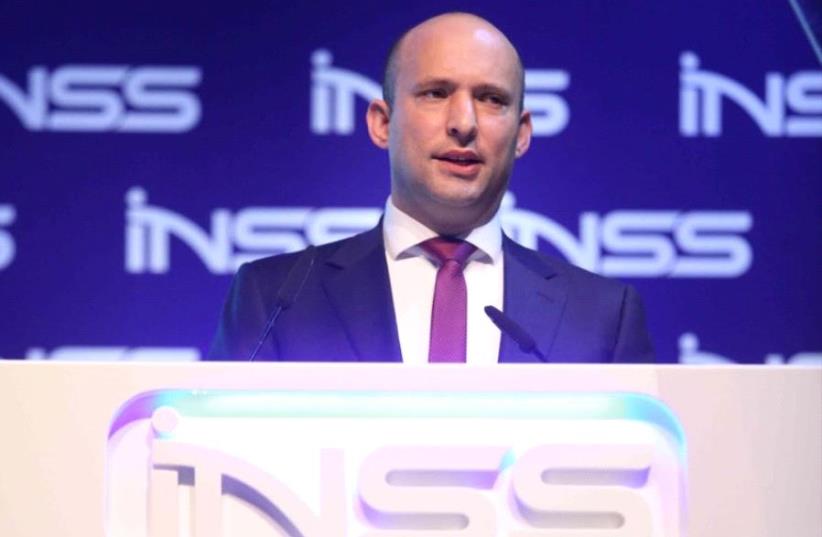 Naftali Bennett.
(photo credit: CHEN GALILI)
Bayit Yehudi chairman Naftali Bennett issued a none too subtle criticism of former defense minister Moshe Ya’alon on Tuesday, stating that long-held security concepts collapsed during the 2014 conflict in Gaza, and warning that the State Comptroller’s Report into the conduct of the war would be “a security earthquake.”Speaking at the INSS annual conference, Bennett argued for a more decisive and offensive approach to Israel’s military campaigns, and the formulation of strategies to lead to total victories.“We need a new security perspective, not more fixations and stumbling about, but victory,” Bennett said. “A clear and total victory. A victory that does not require explanations and excuses. A victory that doesn’t need public relations, but rather speaks for itself, without words.”
Operation Protective Edge recordings
The publication of the State Comptroller’s Report into Operation Protective Edge appears imminent, and is expected to level serious criticism at Ya’alon and Prime Minister Benjamin Netanyahu.Against this background, Bennett took full opportunity of his platform at the security conference to drive home the message that he had advocated for stronger, more offensive- minded policies during the war, and heavily hinted that Ya’alon and Netanyahu dithered.Speaking immediately after Bennett, former defense minister Ya’alon did not address specific criticism of his involvement in conducting the 2014 Gaza war, but instead emphasized the big-picture successes of Operation Protective Edge, and attacked rivals for a lack of substance.“In its entirety, the war was a success,” Ya’alon said. “We stopped the Hamas threat, blew up the tunnels, and achieved our goals and a ceasefire on our terms. Since then, the South has benefited from unprecedented quiet.“This was an example of responsible and carefully considered leadership. Now, I see politicians who have no redlines, leaks from the cabinet minutes – a tactic to obtain a few more likes on Facebook. Whoever does this is not fit to be a leader. Leadership speaks and decides what is right, not what is popular in the moment,” declared the former defense minister.