Geert Wilders, who some expect might become the next Dutch prime minister, slamed Obama for declining to veto on an anti-Israeli resolution and encouraged Israel to build "more and more settlements." 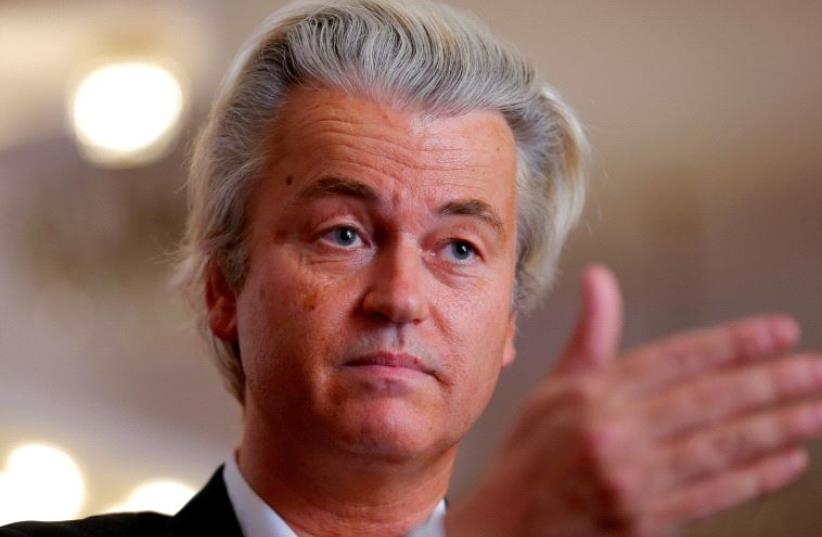 Geert Wilders
(photo credit: REUTERS)
Advertisement
A leading Dutch politician recently took to social media to express his support for Israel and to vehemently oppose US President Barack Obama's choice not to veto UN Security Council resolution 2334, which called on Israel to halt settlement construction in the West Bank. Geert Wilder, leader of the Dutch right-wing Party for Freedom, is a prominent political figure in the Netherlands who founded the nationalist faction in 2006. Some predict, based on his success in polls thanks in part to an overall rightward shift in European politics, that he will become the next Dutch prime minister.

In a rather surprising and strongly-worded, if short, statement, he wrote on Friday a post that was published on his official Twitter account: "Obama betrayed Israel. Thank God for Trump." Wilders' expression of gratitude towards Trump hints at his hope that the President-elect's new administration will side with Israel. Wilders has drawn comparisons to Trump in recent years, due to his numerous nationalistic public remarks against minority populations in the Netherlands, especially against Muslim immigrants. In 2011, he was condemned for comparing the Koran to Hitler's Mein Kampf in a comment that caused ripples in Dutch society.  Wilders was later found guilty of discrimination in a Dutch court after asking his supporters whether they wanted more or fewer Moroccans in the Netherlands at a 2014 rally in The Hague, According to the Atlantic, bringing to mind some of Trump's rhetoric against Mexican immigrants in the US. After accusing Obama of betrayal, he went on to express more explicit support towards Israel: "My advise to my Israeli friends: ignore the UN and keep building more and more settlements." Wilders then posted the same comment on his official Facebook account, attaching a link to an article that announced the results of the Security Council vote. Days later, he posted a Hanukka greeting on Facebook, extending warm holiday wishes to his Jewish followers.