The Rabbi was hospitalized on Saturday and rumors spread throughout the community about his condition during Shabbat. 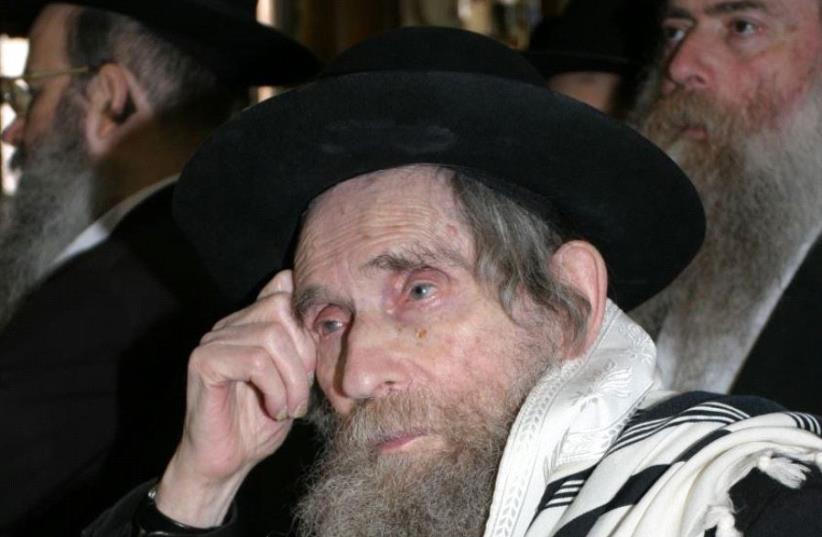 Rabbi Aharon Yehuda Leib Shteinman
(photo credit: מוישימי/WIKIMEDIA)
Advertisement
The haredi community was deeply worried on Sunday after the hospitalization of Rabbi Aharon Leib Shteinman, the spiritual leader of the non-hassidic Ashkenazi haredi community, who at age 103 is still regarded as one of the greatest authorities on Halacha.The Rabbi was hospitalized on Saturday and rumors spread throughout the community about his condition during Shabbat.On Sunday morning, one of the Rabbi's confidants said he was suffering from shortness of breath and fever as the result of an infection, the source of which the doctors still have not found.As his condition deteriorated, yeshivas all over Israel stopped their regular studying and conducted organized prayers for his recovery.Proffessor Moti Ravid of the Maayanei Hayeshua hospital in Bnei Brak said that doctors were searching for the "root" of the infection and would keep the public updated.Political leaders were quick to offer their prayers for a speedy recovery. Prime Minister Benjamin Netanyahu opened the weekly cabinet meeting by wishing the Rabbi "a quick recovery," adding that he is an important figure "not only in the haredi world but also thorought the Jewish nation."Public Security Minister Gilad Erdan wished Steinman a swift recovery and called him "a leader of a great and large Jewish community."