The decision paves the way for Mandelblit to take his place among the most acclaimed public service lawyers in Israel's history. 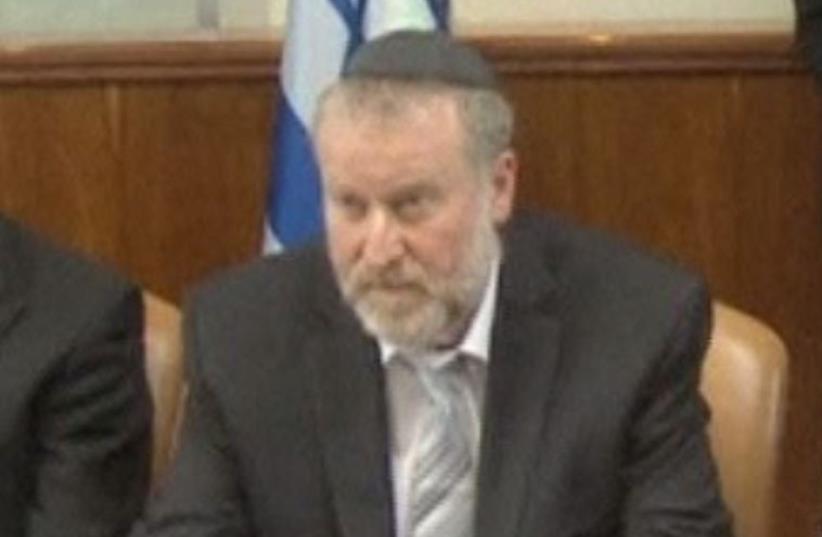 Avichai Mandelblit
(photo credit: screenshot)
An expanded panel of the High Court of Justice on Monday cleared Avichai Mandelblit to replace Yehuda Weinstein as the next attorney-general on February 1.The decision paves the way for Mandelblit to take his place among the most acclaimed public service lawyers in Israel’s history, having served as the IDF’s top lawyer for seven years, cabinet secretary for two years and now attorney- general.The head of the state’s unit for handling High Court issues, Osnat Hendel, told the High Court that there was no general conflict of interest for Mandelblit to move directly from being cabinet secretary to attorney-general.At the same time, she said that where they are possible conflict of interest issues about specific decisions he made as cabinet secretary, the sides are already negotiating a framework “in these days leading up to his entering the position,” and that “the conflict of interest framework will be explained in the near future.”One issue not explicitly raised by the High Court was whether Mandelblit would need to refrain from involvement in prosecutorial decisions involving the Netanyahu family.Sara Netanyahu is under investigation in the Prime Ministers’ Residence Affair, and the prime minister could be back under the microscope regarding the “Bibi Tours” Affair, depending on the state comptroller report’s conclusions later in the spring.In both cases, the attorney-general may be called on to make a final decision about the fates of the Netanyahus and many have claimed that Mandelblit’s cabinet secretary role made him too close personally with the prime minister to make those decisions neutrally.Most of the hearing centered around objections by the petitioning NGOs Citizens for Good Governance and Social and Legal Justice in Israel (OMETZ) and the Movement for the Quality of Government in Israel, against Mandelblit being the next attorney-general.The objections included his involvement in the Harpaz Affair, the lack of a cooling-off or gap period between his role as cabinet secretary and his new position, arguing that the committee that appointed Mandelblit failed its mandate and that Justice Minister Ayelet Shaked had improperly intervened in the committee’s decision.While the five-member selection committee in September announced a list of 10 candidates to replace outgoing Attorney-General Yehuda Weinstein, the selection committee named only Mandelblit when it released its recommendations on December 20.The 2010 Harpaz Affair pitted former defense minister Ehud Barak against former IDF chief Gabi Ashkenazi, entangling a range of top officials, including Mandelblit on Ashkenazi’s side, who Weinstein accused of misleading his deputy and changing his story to police about his actions relating to his handling of a controversial document.Ultimately though, Weinstein closed the criminal investigation against Mandelblit and left up in the air whether he had closed the case for “lack of evidence” or “lack of any suspicion” for committing a crime.The NGOs, led by lawyer Yuval Yoaz argued that by leaving the issue open, Weinstein had irretrievably stained Mandelblit’s candidacy for attorney- general and effectively given him a criminal record.Yoaz also said that Mandelblit’s own failed campaign to get his case closed under “lack of any suspicion” grounds showed he himself believed this would be a blemish on his record.The High Court justices bristled at the idea that Mandelblit had a criminal record, but did ask tough questions to the state about its defending the appointment in light of Weinstein’s harsh criticism of Mandelblit.The state argued that the committee was a group of top jurists and that four out of five members had selected Mandelblit as required by law, with all five setting aside the Harpaz issue and with four out of five setting aside the cooling-off period issue.Further, the state added that even if it would have been better for the committee to provide multiple final candidates – not just Mandelblit – for the cabinet to choose from, and better if Shaked had not held special meetings with some committee members, neither issue was grounds to veto the appointment.