An email sent by the former US secretary of state with the subject line "Gefilte fish" has been raising a few eyebrows. 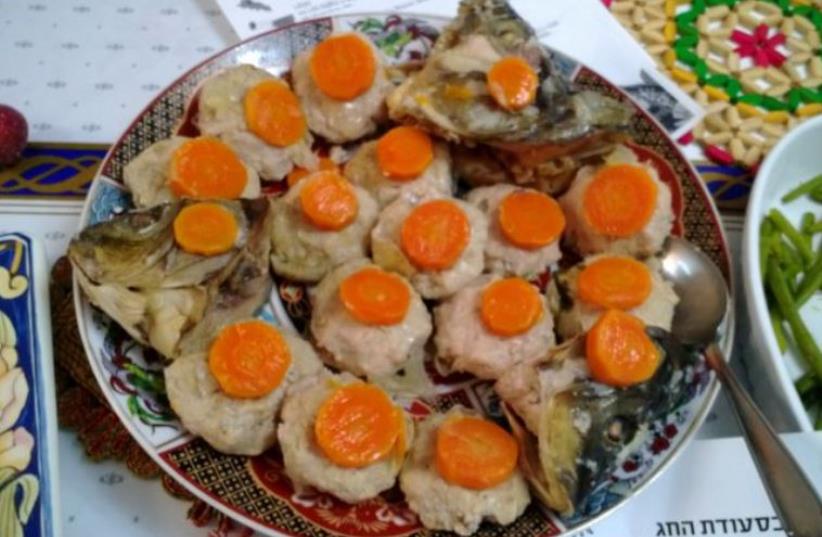 Gefilte fish
(photo credit: OVEDC / WIKIMEDIA COMMONS)
Advertisement
Out of all the latest Hillary Clinton emails made public, one regarding a classic Jewish dish is perplexing people the most.An email sent on March 5, 2010, when Clinton was serving as the US secretary of state, simply stated in the subject line "Gefilte fish" and in the message's body read "Where are we on this?"According to a report by The Washington Post on Tuesday, it was sent to Richard R. Verma, who was the assistant secretary of state on legislative affairs at the time, and Jake Sullivan, one of Clinton's high-ranking advisers. The message was part of the most recent set made public Monday by the US State department.

If this is not your favorite Hillary email from this particular dump, I'm not sure we can be friends. #GefilteFish pic.twitter.com/juKSO1maOH
— Olivier Knox (@OKnox) September 1, 2015


As the confusion gained speed, Yair Rosenberg, a writer for Tablet magazine, was able to help explain the incident, which was mentioned in the recent book by Kulanu MK Michael Oren Ally: My Journey Across the American-Israeli Divide, about his time as the Israel's ambassador to the US. It turns out that the incident involved an American shipment of carp, or white fish, that was sent to Israel from Illinois ahead of the Passover holiday. Carp is the central ingredient in gefilte fish, which sees demand jump before Passover and the High Holidays.Oren wrote that carp was one of the items exempted from the 1985 free trade agreement between the US and Israel, along with oranges, apples and avocados. Out of fears that the American imports would be cheaper than the Israeli versions, the products usually  face a 120 percent import taxThis prompted then-Illinois Rep. Don Manzullo to appeal to Clinton for an exception in 2010. Talking about his first year as ambassador, Oren wrote that "in view of the possible diplomatic damage, I thought Israel should make this one exception" to allow the American carp import.  Still Manzullo reportedly "ramped up the pressure" on the ambassador and secretary of state.
Oren quoted Clinton as telling reporters during the incident, "You think finding Middle East peace is hard, I'm dealing with carp!"

Hillary was trying to get Israel to allow in a blocked US shipment of Asian carp. From @DrMichaelOren's memoir: pic.twitter.com/mPvcE0zAch
— Yair Rosenberg (@Yair_Rosenberg) September 1, 2015

In the end, the white fish made it into Israel in time for the holiday, sans import tax.