Will the UN be ousted from its Jerusalem headquarters by the government? The debate it set to take place on Sunday, but will probably not lead to immediate action. 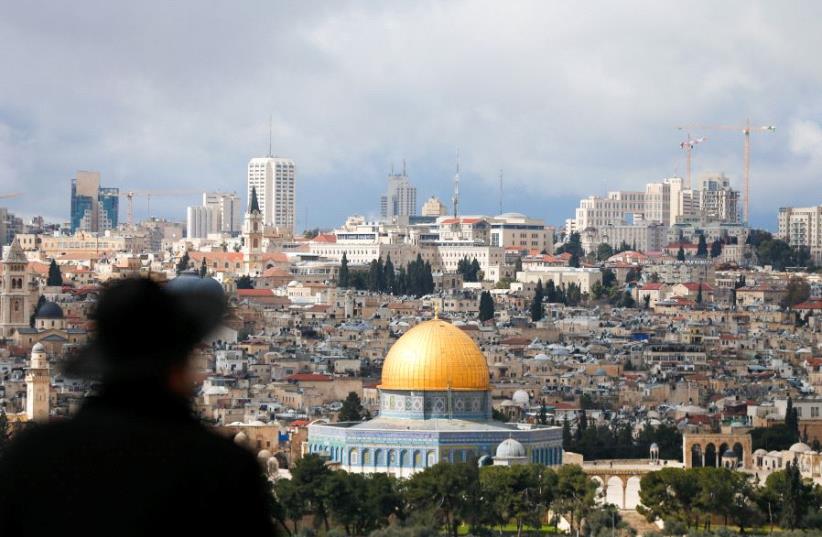 Jerusalem Temple Mount
(photo credit: AMMAR AWAD / REUTERS)
Advertisement
The cabinet on Sunday debated whether to oust the United Nations from its Jerusalem headquarters, but it did not take any action on the matter at this time.The Foreign Ministry gave the ministers a presentation on the matter, including legal and diplomatic impediments to the move.The issue was put on the agenda after Culture and Sports Minister Miri Regev (Likud) called on the government to take action against the UN in response to the UNESCO Executive Board’s vote in Paris last Tuesday that passed a resolution disavowing Israeli sovereignty in Jerusalem.The UN compound was placed in Armon Hanatziv in 1948, because the site was then strategically located between the eastern and western parts of the city.From that demilitarized location, the UN could monitor the truce between Jordan and Israel.Last week, Regev told Channel 2: “We’ve been sovereign in the city for 50 years, so there is no need for UN monitors. They were given use of the compound to oversee the cease-fire agreement from the Six Day War. It’s an agreement that is no longer relevant. This saga has to end.”Before the cabinet’s weekly meeting, Regev said that clearly there was no longer any logic to the UN remaining at that location, “because we have peace with... Jordan [which controlled the West Bank and east Jerusalem before 1967].”“The State of Israel gave the building [to the UN] purely for that use,” she said.
A change for Israel at the United Nations?
Now it is being used for activity that is anti-Israel with organizations that are pro-Palestinian, she said.Regev held up a map from 1967 and showed how the compound had been expanded by another 30 dunams for illegal building.“The UN doesn’t have diplomatic immunity on this,” she said. “The State of Israel has to take responsibly for that property,” she added.The Israeli NGO Regavim echoed her call. It noted that last month it had filed a petition in the Jerusalem District Court against UN activity at that compound, as well as the Jerusalem Municipality and the Lands Authority.Regavim charged that the UN had carried out illegal activity on the historic building in the compound as it worked to create office space and storage facilities there.Israeli politicians have issued similar calls in the past few years to protest statements made by the UN’s Special Coordinator to the Middle East Peace Process, Nickolay Mladenov, whose office is situated in the compound.