'Never before, since 1948, has the world been so open to Israel'

Kulanu's Michael Oren, who will serve as a “special envoy to the PM” in his new capacity as deputy minister, speaks to The Jerusalem Post about his diplomatic vision. 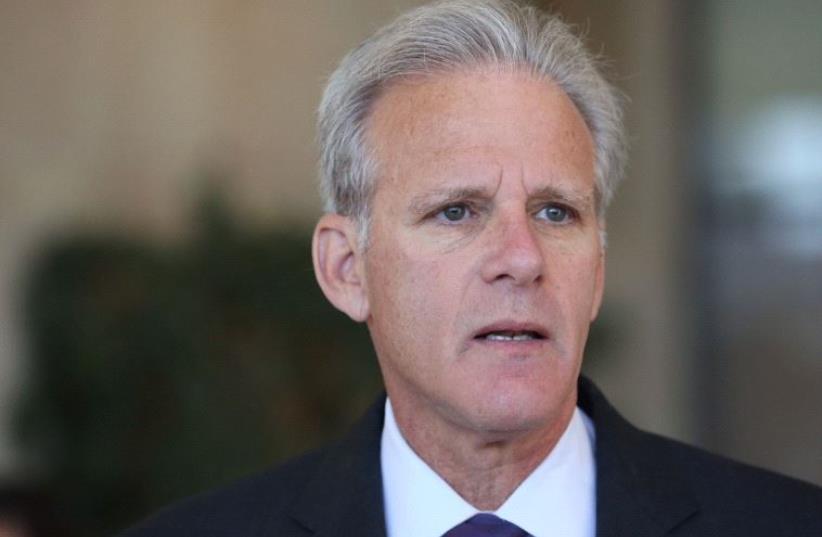 Michael Oren
(photo credit: MARC ISRAEL SELLEM/THE JERUSALEM POST)
Advertisement
Michael Oren’s responsibilities as deputy minister in the Prime Minister’s Office still weren’t clear on Tuesday, the day after his appointment was announced, but he still had lofty goals for what he would do in his new position.The Prime Minister’s Office said Oren would be a “special envoy to the PM,” and Oren’s office said he would be dealing with foreign policy and diplomacy.The reason for the vagueness is because there are so many other officials with positions related to foreign affairs with whom Oren cannot overlap: Prime Minister Benjamin Netanyahu has the foreign minister portfolio, Minister without Portfolio Tzachi Hanegbi is supposed to deal with the topic, and Gilad Erdan is minister of strategic affairs, which includes elements of public diplomacy and the fight against boycotts.Still, the former ambassador to the US described ambitious ideas for a “whole new strategic direction,” in an interview with The Jerusalem Post in the Knesset cafeteria.“We’ve been fighting feelings with facts,” Oren said. “Using a fact against a feeling is like firing a ping pong ball against a tank.”According to Oren, the boycott Israel movement is an idea, whereas Israel is treating it like an organization. “You can’t bomb an idea,” he stated. “The only effective weapon against an idea is a better idea.”Oren plans to rethink the way Israel can fight the ideas that harm it.One thought he raised was to find “a new Exodus,” a reference to the 1960 Paul Newman film which he called “the best act of public diplomacy ever,” which “changed the dialogue about Israel for a generation.”At the same time, the soon-to-be deputy minister had a rosy view on Israel’s stature in the world.“As much as we’re facing challenges, this is a period of unprecedented opportunity, and I’m speaking as a historian,” he said. “Never before, since 1948, has the world been so open to us.”Asked whether his appointment to a diplomatic position could cause tensions with the US, in light of past issues when he was ambassador and statements he wrote that were interpreted as opposing the current administration, Oren gave an emphatic no. He said that after the 2012 election, when Netanyahu was accused of supporting Republican nominee Mitt Romney, he is especially careful to not say anything that looks like he is intervening in this year’s vote.Oren recently turned down a meeting with Republican nominee Donald Trump in order to avoid appearing to be involved.At the same time, Oren pointed to a campaign ad for Democratic nominee Hillary Clinton, in which he is quoted as calling her “formidable and indefatigable,” saying her campaign is touting him as a supporter.As for Oren being in a party that deals mainly with economic issues, he said that the compartmentalization is artificial, and that foreign policy and business are interconnected.For example, Oren said, Netanyahu’s expanding Israel’s connections in Africa can be an economic boon for Israel, which is why the prime minister brought 100 businessmen on his recent trip to the continent. He encouraged the prime minister to do the same in South America, saying both continents did not get sufficient attention from the Foreign Ministry.It is still unclear when Oren’s appointment will be made official, because the Knesset, which must approve it, is going on recess on Thursday.