Relations between the two countries collapsed in 2009 following the conclusion of Operation Cast Lead, a three-week armed conflict fought between the IDF and Hamas militants. 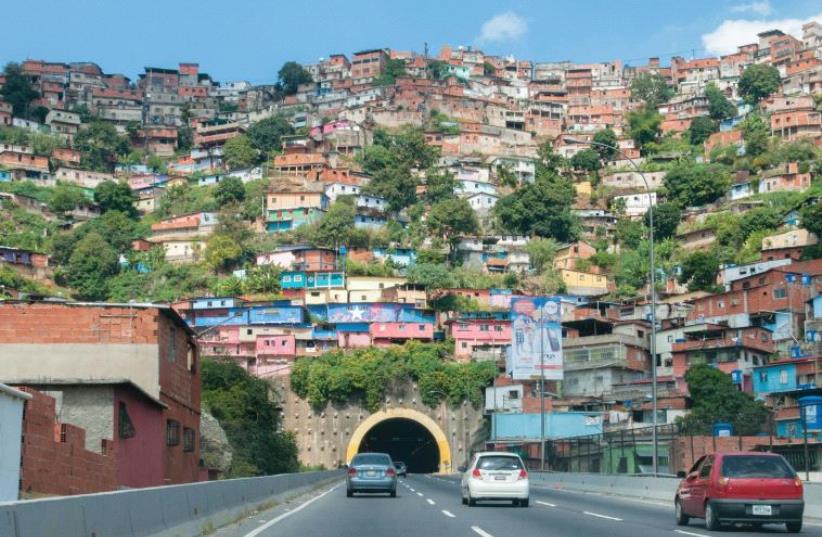 Caracas
(photo credit: Courtesy)
Advertisement
Israel denied on Friday a Venezuelan media report claiming that talks over re-establishing government ties between Venezuela and Israel were underway after nearly a decade of estrangement. Channel 10, which originally reported the alleged diplomatic effort, said that it was mainly being pushed for by President Nicolas Maduro. An Israeli official from the Ministry of Foreign Affairs firmly denied the report, telling the Jerusalem Post that "we are not having any talks," but did note that Israel would be interested in such a thawing of the distant relations between the two countries should the opportunity present itself. The initial report was welcomed favorably in Israel earlier on Friday, as it came after a recent visit of Venezuelan government officials to the local Jewish community, an overture that was interpreted by some as a signal to the Israeli government that Venezuela is ready to mend relations. However, it appears that the rift between the two countries is not as close to being resolved as some hope.  Relations between the two countries collapsed in 2009 following the conclusion of Operation Cast Lead, a three-week armed conflict fought between the IDF and Hamas militants.Former Venezuelan President, Hugo Chavez, at the time denounced Israel's military excursion into the Gaza Strip. He later expelled the Israeli ambassador from Venezuela and pulled his own envoy to Tel Aviv, stating “There is no point in dealing with Israel.”