Yitzhak Navon, Israel's fifth president, dies at the age of 94

Navon was a politician, author, playwright, and educator. 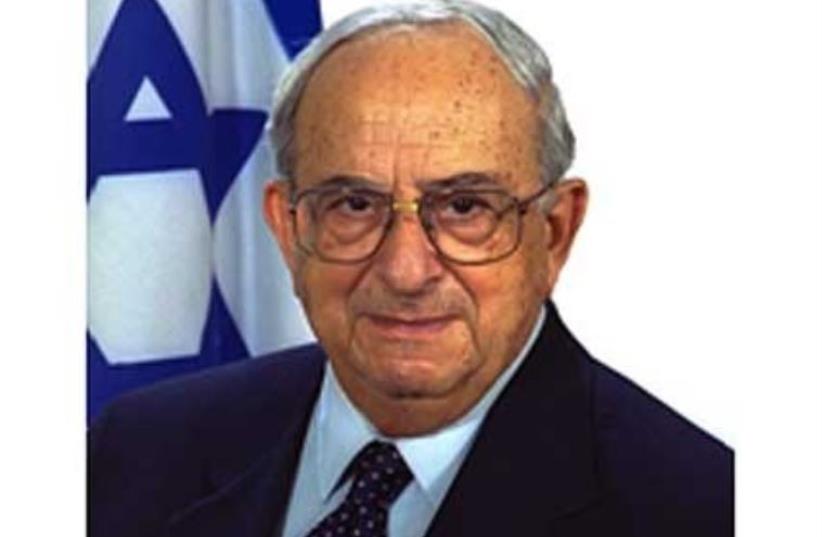 Former president Yitzhak Navon
(photo credit: Courtesy)
Advertisement
Yitzhak Navon, the fifth president of the State of Israel, passed away at the age of 94 on Saturday.Funeral details have yet to be released.A politician, author, playwright, and educator, Navon entered the President's Residence on May 29, 1978. He served as president until 1983.After earning a bachelor's degree in Arab literature and Islamic culture from Hebrew University, he joined the ranks of the right-wing underground Irgun. Shortly after, he left Irgun to join the pre-state Haganah, the fighting force which would eventually form the backbone of the IDF.Before entering politics, Navon served as a diplomat in Uruguay and Argentina. After returning to Israel, he took up a position as the political secretary to then-foreign minister Moshe Sharett. In the 1950s and early 60s, Navon worked as the office director for then-prime minister David Ben-Gurion and his successor, Sharett.In 1984, Navon was elected to the 11th Knesset. He was given the post of education minister as well as the title of deputy prime minister, positions that he held until 1990.During his time as education minister, he introduced mandatory Arabic language instruction for Jewish students in public schools. In 1992, he quit politics to serve in various executive positions at cultural institutions.Israeli political figures paid tribute to Navon shortly after news of his passing spread across the media landscape."We lost a man who loved people and who always stood alongside those who have been socioeconomically marginalized," Zionist Union MK Amir Peretz said. "He always saw the individual as an individual irrespective of religion, race, or gender."Peretz said that during his time as a municipal leader in Sderot, Navon "helped me carry out a revolution in the education system, the results of which we are seeing today.""I'd like to send condolences to the Navon family, which is parting from a man loved by the entire nation," Peretz said. "May his memory be a blessing."