Police stated that Odeh's head injury was the result of stone throwing by protesters. 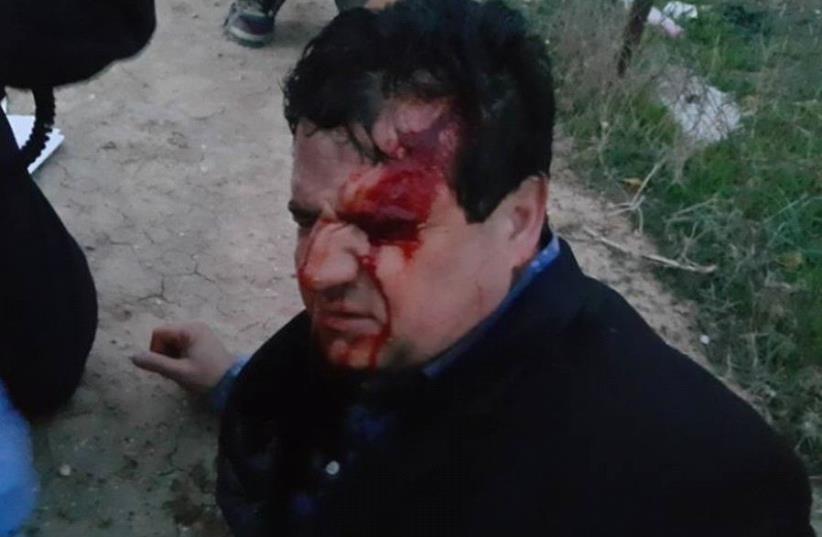 Ayman Odeh
(photo credit: Courtesy)
Advertisement
Joint List MK Ayman Odeh was wounded early Wednesday morning while participating in violent protests against the demolition of the illegal Beduin village Umm al-Hiran in the Negev.While police stated that Odeh’s head injury was caused by stones that were thrown by protesters, the lawmaker is telling a different story.Odeh claims he was shot by a rubber bullet fired by the police.“I was shot in the head. If they [the police] act like this to a Knesset member, how do they act to others?” asked Odeh in an interview to Channel 2. “We came [to Umm al-Hiran] in the morning and a massive amount of policemen arrived along with bulldozers.They started hitting us and shooting at us,” he added.Other demonstrators in the Umm al-Hiran echoed Odeh’s version of the story.Odeh was evacuated to Soroka- University Medical Center in Beersheba. He was treated in the emergency room and was released shortly after.President Reuven Rivlin called the hospital director to check on the situation of the injured, including Odeh. Palestinian Authority Mahmoud Abbas called Odeh to check on him as well.“I am not the story here,” replied Odeh in an interview to the Army Radio from the hospital, when asked about his condition. “I here send my condolences to the families of the two casualties.”When Odeh was asked about what triggered the events he said that he cannot believe that it was a terrorist attack that started this. “We agreed upon a nonviolent resistance.I wasn’t there [when it started], but I find it hard to believe that someone would do so.”“It could have been done in another way,” Odeh added.“We were negotiating with the authorities all night, but they betrayed us. It was a direct order from Netanyahu who wants to fan the flames.They demolished 11 homes in Kalansuwa and now they are demolishing this whole village.”Jerusalem Post staff contributed to this report.