Peres was born in what was then known as Wiszniew, Poland, as Szymon Perski, and immigrated to the British Mandate for Palestine with his family at the age of 11. 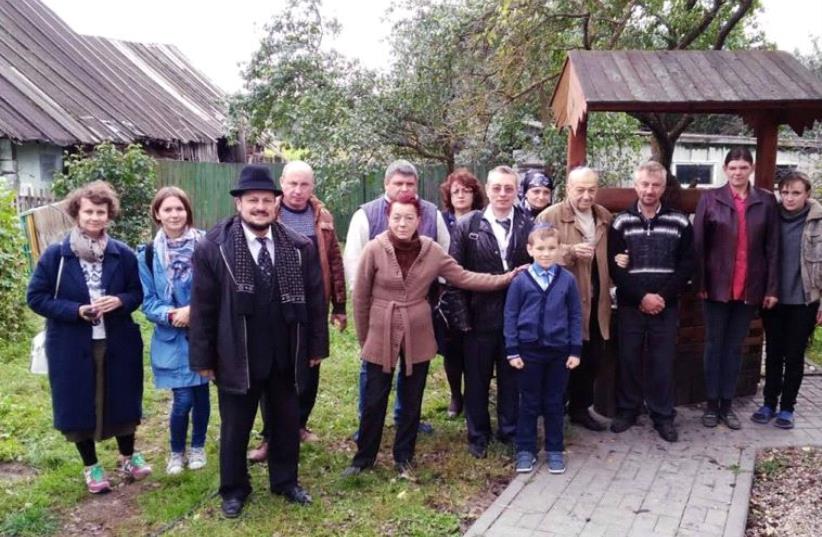 Residents of Vishnyeva gathered outside of Shimon Peres’ childhood home to pay their
(photo credit: COURTESY OF LIMMUD FSU)
Residents of the Belarus birthplace of Shimon Peres gathered outside his childhood home to pay their respects to the most important international figure to ever emerge from their village.Villagers in Vishnyeva learned about the Israeli statesman’s death Wednesday from Limmud FSU, a Jewish education organization that has remained in regular contact with the remote community since holding 90th birthday celebrations there for Peres three years ago.“Shimon Peres brought pride to our village through his life and accomplishments, and we felt obliged to pay our respects following his death,” said Oleg Demidchik, 63. “We are humbled that he is from our town and we will never forget this.”The events for Peres’ 90th birthday celebration, held as part of the Limmud FSU Belarus conference, included a permanent photo exhibition showcasing his childhood. A plaque was also dedicated to Peres at a house on the site of his one-time family residence.The plaque reads: “In this place, Shimon Peres, son of Yitzhak and Sarah Perski, the Nobel laureate and ninth president of the State of Israel, was born on August 2, 1923.”Peres was born in what was then known as Wiszniew, Poland, as Szymon Perski, and immigrated to the British Mandate for Palestine with his family at the age of 11.“Shimon Peres, a Nobel laureate, is probably the most well-known and prominent individual to ever be born in Vishnyeva, and his memory and legacy honor this town,” said Chaim Chesler, founder of Limmud FSU. “We are greatly moved to see how deeply the people of Vishnyeva care for Peres and that they joined together in his memory.”