Russia: We were misled by Israel 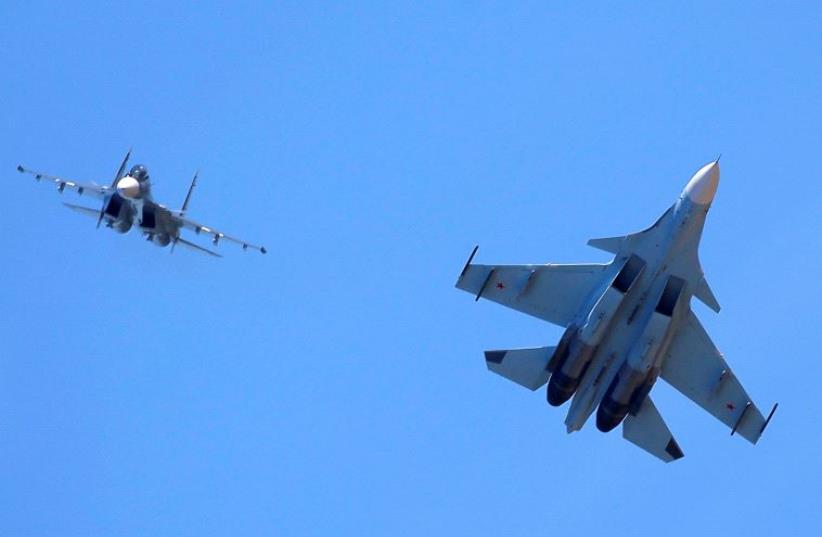 Russian Sukhoi Su-30SM jet fighters
(photo credit: REUTERS)
Advertisement
The Russian Ministry of Defense rejected Israel’s explanation of the downing of a Russian Ilyushin-20 aircraft last week.During a Sunday evening press conference, the Russians argued that Israel Air Force pilots hid behind the Russian airplane that was later shot down by Syrian anti-aircraft fire, and that Israel only informed the Russians of the strike one minute before it was launched. Furthermore, while the IDF told their Russian counterparts that it was poised to attack a target in northern Syria, the actual strike took place in the west of Syria, Channel 10 News reported.The stated position of the IDF is that none of the Russian claims are true. Maj. Gen. Igor Konashenkov, chief spokesman for the Russian Ministry of Defense, said that Israeli strikes in Syria put Russian forces there at risk, adding that "Israeli pilots are very different from their American counterparts.”The Russian aircraft, which was carrying 15 Russian servicemen, was not able to change its course in time to avoid the Syrian missiles, Konashenkov said. His ministry has "further information to back up the arguments presented,” he added.Defense Minister Avigdor Liberman refused to enter into a debate on the issue in an interview on Army Radio earlier Sunday. “We are not going to have a public media argument with Russia,” Liberman said. "The whole thing is under control. We are in constant communication with Russia.”