In the vicinity of the government complex the marchers were attacked by five suspects with their faces covered. 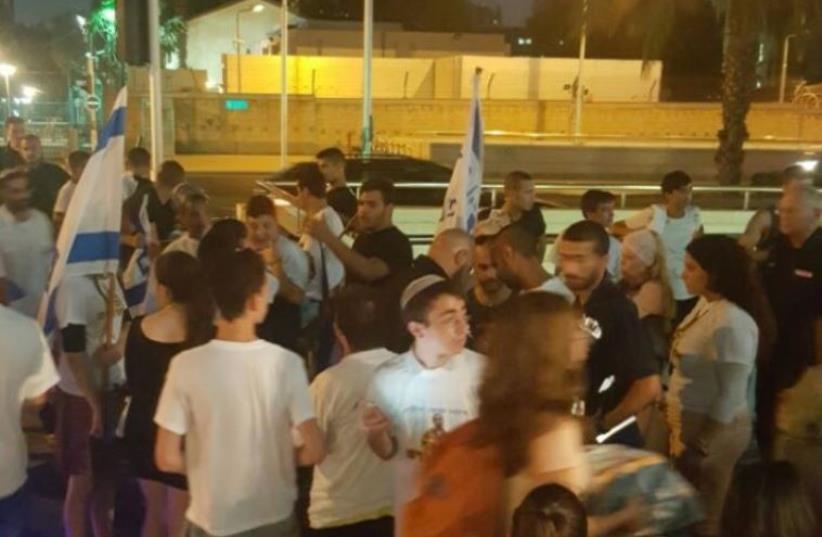 Demonstrators gather in solidarity with IDF soldier Elor Azaria in Tel Aviv.
(photo credit: FACEBOOK)
Advertisement
Marchers were attacked during a solidarity rally for IDF soldier Elor Azaria Wednesday evening in Tel Aviv. Dozens of youth marched from Tel Aviv's Habima Square in the direction of the government complex near Azrieli Center in a solidarity march held for IDF soldier Elor Azaria, the Hebron soldier currently standing trial for the shooting of an unarmed terrorist.In the vicinity of the government complex the marchers were attacked by five suspects with their faces covered.
One of the suspects threw a tear gas canister in the direction of the marchers. The suspects have been arrested by police forces. The far right Otzma Yehudit (Jewish strength) party reacted by saying the "assault on right wing youth who were being led by former MK Dr. Ben Ari, by leftist thugs crossed a dangerous red line. Had the case been reversed all of the 'chivalrous' law makers would be outraged."The group called on "the police to prosecute the rioters." They said that they would not working for the release of the soldier, the thugs will not win."