Gloushkov Leventhal will become the first Israeli woman to compete in four Olympics after also participating in Athens 2004, Beijing 2008 and London 2012 with previous partner Inna Yoffe. 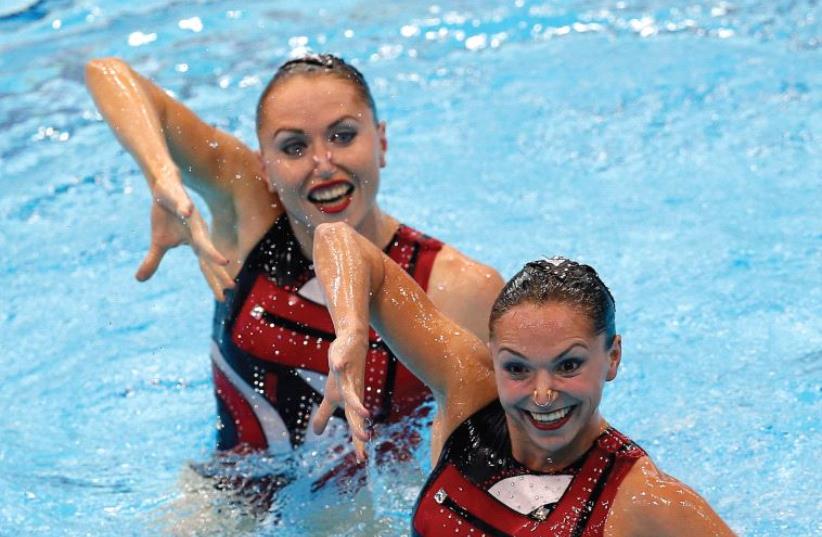 Anastasia Gloushkov Leventhal and Ievgenia Tetelbaum
(photo credit: Courtesy)
Advertisement
Date of Birth: Gloushkov Leventhal (May 24, 1985, age 31), Tetelbaum (July 31, 1991, age 24) Event: Synchronized Swimming Duet Schedule in Rio: Free routine – August 14, Technical routine – August 15, Final (free routine) – August 16 Career highlight: Ninth place at European Championships in 2016 Outlook for Rio: Gloushkov Leventhal will become the first Israeli woman to compete in four Olympics after also participating in Athens 2004, Beijing 2008 and London 2012 with previous partner Inna Yoffe. Gloushkov Leventhal gave birth to a son after the London Olympics and was away from the pool for over a year. However, she had no intention of missing out on Rio and together with Tetelbaum will be targeting a place in the final.