Beitar Jerusalem's hardcore fans wrote a post on social media stating that because Mohamed was a Christian player they would "change his name." 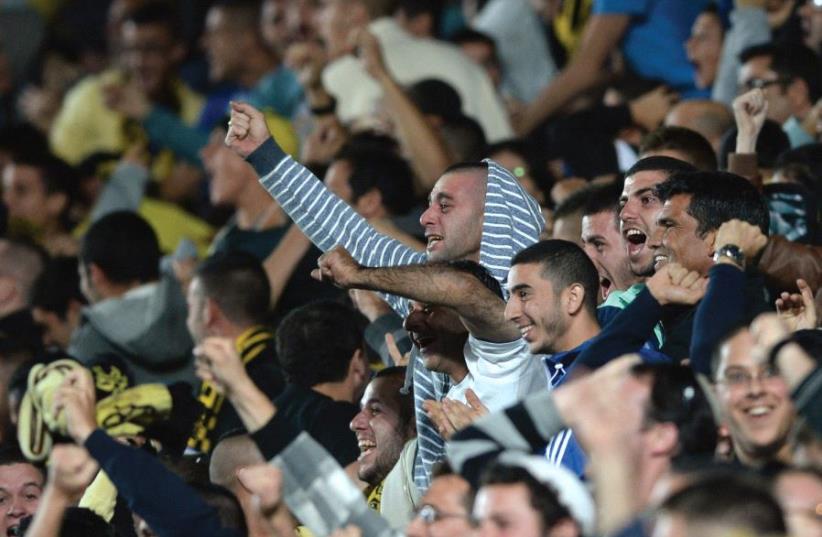 Beitar Jerusalem fans at Teddy Stadium in 2013
(photo credit: KOBI GIDEON/GPO)
Advertisement
Lionel Messi is known as 'the Flea'. Mohammad Salah is known as 'Mo'. And so Beitar Jerusalem's newest signing, Ali Mohamed can expect a new nickname, according to the club's hardcore set of fans, known as 'La Familia'.The signing caused uproar among Beitar's fanatical set of fans, where politics has meant Beitar Jerusalem is the only club in the Israeli Premier League to have never signed an Arab Muslim player.However it quickly emerged that the 23-year-old Nigerien midfielder is a devout Christian and that has been deemed acceptable by many fans of La Familia, although his name has not.La Familia wrote a post on social media stating that because Mohamed was a Christian player they would "change his name," so they would not have to call him Mohamed, a Muslim name. The post was soon erased after criticism voiced by club members and owner Moshe Hogeg.Mohamed, a 1.7 million euro signing from Maccabi Netanya, has agreed to sign a three-year deal with Beitar Jerusalem when he returns to Israel from vacation."Until it is signed, it is not finished," a source close to the club said yesterday. "It is true that the details were agreed upon, it is true that Beitar has already officially announced his appointment and Netanya has approved his departure, but in this case and because of the sensitivity of the Beitar crowd, especially those who opposed his arrival, we will have to wait until the official signing."Club owner Hogeg said, "This post and the things written in it did not add any respect to anyone. Ali Mohamed will be a Beitar Jerusalem player and the only thing that interests us is what this signing can do for the team and the club."Hogeg also criticized the fans views by comparing it to if there was "a player in Germany called Cohen and the fans said there said similar things." In a later post on social media, La Familia wrote that they appreciate "every signing that's good for the club. He's an excellent player and we're glad he's here. There are a lot of soccer players who give them a nickname, Lionel Messi is called 'the Flea,' Mohammad Salah is called 'Mo.' We also have nicknames for players and Ali Mohamed will also get one."