Beersheba advanced to the knockout rounds thanks to a 1-1 draw against Southampton in England. 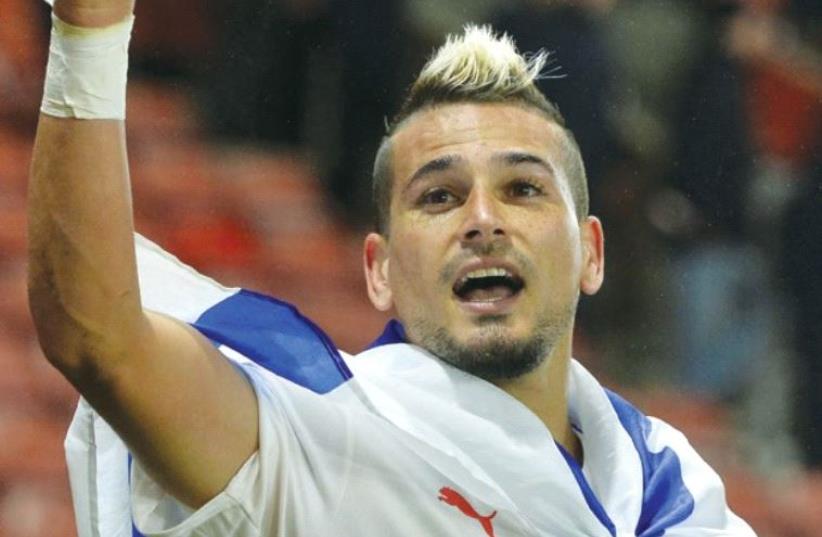 Hapoel Beersheba midfielder Maor Buzaglo
(photo credit: REUTERS)
Hapoel Beersheba is excitingly awaiting Monday’s draw for the Europa League round-of-32, believing it can still extend what is already regarded as one of the best ever continental campaigns by an Israeli club.Beersheba advanced to the knockout rounds thanks to a 1-1 draw against Southampton in England, finishing Group K tied on eight points with the English Premier League club but qualifying from second place by claiming the away goals tiebreaker in their head-to-head meetings.Beersheba and Southampton drew 0-0 at Turner Stadium earlier in the campaign.Maor Buzaglo gave Beersheba the lead in the 79th minute with an excellent effort from the edge of the box, with Virgil van Dijk’s stoppage-time equalizer not enough to deny Hapoel.Beersheba, which was playing in the group stage of a European competition for the first time in club history after winning its first championship in 40 years last season, became the fourth Israeli side to come through a group stage, joining Maccabi Haifa (2006/07), Hapoel Tel Aviv (2009/10) and Maccabi Tel Aviv (2013/14), who also all did so in the Europa League or its predecessor the UEFA Cup.Beersheba will be drawn on Monday against one of 11 group winners or one of the four best third-ranked teams transferring from the Champions League. Those team are: Ajax (NED), APOEL Nicosia (CYP), Besiktas (TUR), Fenerbahçe (TUR), Fiorentina (ITA ), Genk (BEL), Kobenhavn (DEN), Lyon (FRA), Osmanlıspor (TUR), Roma (ITA ), Schalke (GER), Shakhtar Donetsk (UKR), St-Etienne (FRA), Tottenham Hotspur (ENG) and Zenit (RU S).Beersheba will host the first leg of the round of 32 on February 16, with the return leg to take place a week later.“If we managed to overcome a team like Southampton the way we did than anything can happen,” said Beersheba coach Barak Bachar, who also guided his team to two victories over Italian giant Inter Milan. “I really think that our team can go deep into the competition.”Maor Buzaglo seemed to be on his way out of the team during the summer, but he was convinced by Bachar to stay at the club and fight for his place and has played an integral part in Beersheba’s success.“We are a team that dreams and we dream big, and we want to continue this way,” said Buzaglo. “Southampton is an amazing team, but we believed in ourselves the way we believed in ourselves against Inter at San Siro.”Buzaglo said he doesn’t mind who Beersheba faces next.“I don’t think it really matters,” he explained. “Any team that will come to Israel will feel Beersheba’s strength. I think people now understand what Hapoel Beersheba is about. It isn’t just a soccer club, but a team that brings joy to an entire nation.”