“We respectfully demand that you take action immediately to remove the images, apply accountability to the highest levels of UNRWA, and apologize for inciting to racism,” said UN Watch director. 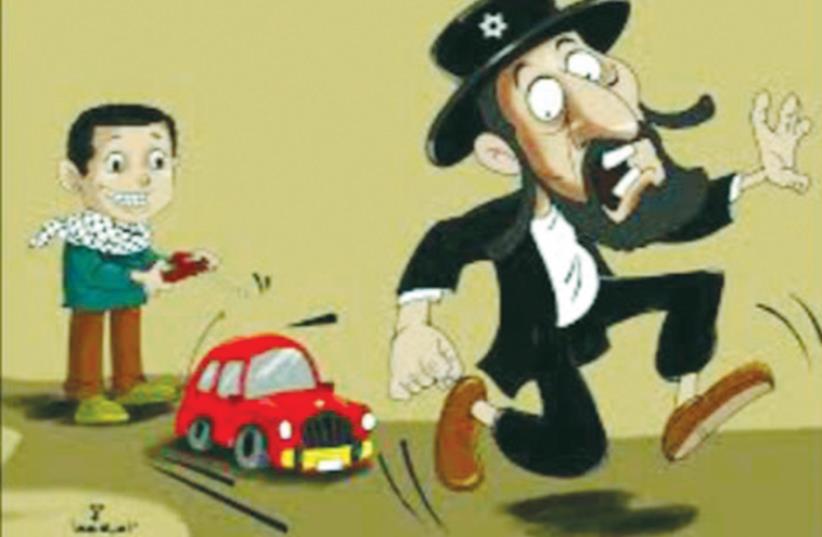 The second shows a child wearing a black and white keffiyeh playing with an electric car, which he sends to chase after a Jew, who is depicted in classical anti-Semitic imagery as an ultra-Orthodox Jew with a black hat, a star of David, a beard, and a hooked nose.Both posts were placed on the site on March 6 and were still there on August 24th.“UN Watch is gravely concerned that your organization, which received some $400 million from the US last year in exchange for its signed promise to refrain from supporting terrorism and to uphold neutrality, is nevertheless disseminating crude, anti-Semitic caricatures on the Internet that incite to the murder of Jews,” Neuer wrote.With these postings UNRWA joins the “terror-inciting social media campaign” which praise car attacks as a form of “resistance” against Israel and encourages others to perpetuate similar attacks, Neuer said.He sent a copy of the letter to US Ambassador to the UN Samantha Power and to the national director of the Anti-Defamation League, Jonathan Greenblatt.Gunness said in response that “UNRWA always investigates credible reports of neutrality violations by staff members and where violations are proven, we take disciplinary action up to and including dismissal.”
Advertisement
Subscribe for our daily newsletter