Yadlin: Israel’s military is at its most balanced

"Israel’s military capabilities make the Israel Defense Forces the strongest, most modern and most technologically advanced military power in the Middle East." 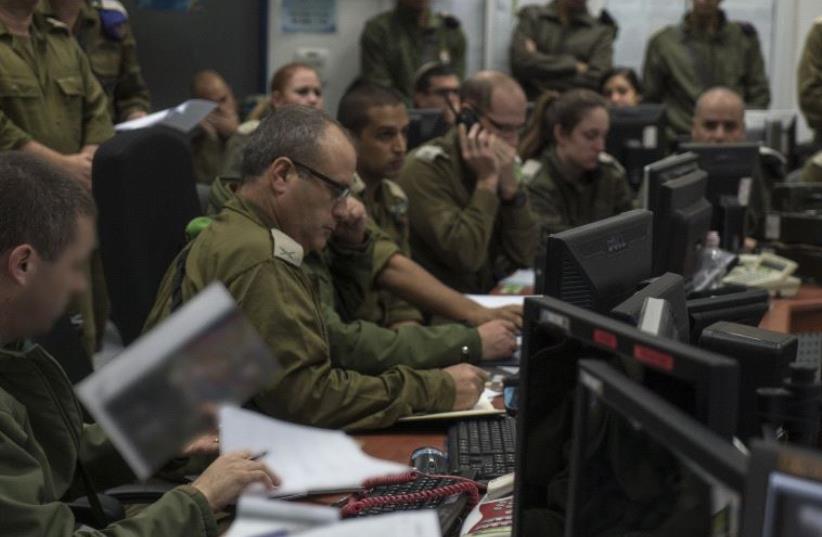 IDF soldiers hold large-scale exercise Dec. 5, 2016 in preparation for possible round of altercations with Hamas on the border with the Gaza Strip
(photo credit: IDF SPOKESMAN’S UNIT)
Advertisement
Contrary to opinions from some other quarters, Israel’s military balance is the best it has ever been, said Maj.-Gen. (res.) Amos Yadlin, director of the National Institute for National Security Studies, when he presented the institute’s strategic assessment for 2016-2017 to President Reuven Rivlin on Monday.Despite the civil war in Syria, the general instability of the region and the consolidation of terrorist organizations on Israel’s northern and southern borders, Israel’s military capabilities make the Israel Defense Forces the strongest, most modern and most technologically advanced military power in the Middle East, said Yadlin.Even though Israel had a tough time with America over the past eight years, it nonetheless received strong military support, he said. While looking forward to fresh opportunities ahead with the new United States administration, he warned that it was possible that President-elect Donald Trump might decide to continue with the Obama policies vis-à-vis the Middle East.For that matter, America could well reach another agreement with Iran, he observed.Commenting on the erosion of trust between Israel and the US, Yadlin urged that every effort be made to repair relations between the two countries.He also spoke of Israel’s opportunities to forge new relationships in the region, primarily with the Saudis who see Iranian hegemony as a threat to their security.Although the nuclear agreement with Iran brought about positive short-term results, and created a better situation than was the case before the agreement was reached, it poses a very serious long range threat, Yadlin said.Terrorism, despite its atrocities, does not in Yadlin’s perception, present an existential threat to Israel.It bothered him that Israel has not done enough in his opinion, to help resolve the Syrian crisis, which he declared is a long way from being over. The longer it continues the stronger Iran and Hezbollah will become, he forecast.Looking at the wider aspects of the Syrian conflagration, Yadlin said that Israel must do more for its Syrian neighbors, and said that it was “a moral and democratic injustice,” if it doesn’t.As for the unresolved conflict with the Palestinians, Yadlin proposed that Israel becomes more pro-active in the effort to reach a two-state solution, and if possible initiate and implement interim agreements along the way.The actual survey that led to the assessment covers a much wider range of topics than Yadlin and his colleagues were able to discuss with the president, and is available in print in Hebrew and English.Rivlin commended INSS for its comprehensive coverage of issues so vital to Israel’s interests, and for making its publications available to the public so that they can become more knowledgeable about facts on the ground.