“People view Jews as Eastern European and forget Arab Jews are also a massive part of our nation,” says young US Jew.

By RUTH EGLASH
JANUARY 29, 2010 04:09
israeli keffiyeh 311
(photo credit: Ruth Eglash)
Advertisement
It might be considered by some as a symbol of Palestinian“resistance” or solidarity, but for a group of young, hip US Jews, wearing a keffiyeh– especially one with blue embroidered Stars of David – is just as much theirright as anyone else’s.“We did have some negative comments [about the keffiyeh] when we initially sentit out to our mailing list,” Erez Safar, founder and director of Shemspeed, aJewish music label and promotion company that started selling the traditionalArab headdress about two weeks ago, told The Jerusalem Post on Thursday. 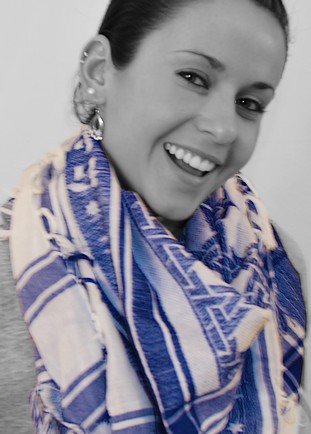 “I think people tend to view Jews as Eastern European and often forget thatArab Jews are also a massive part of our nation,” continued Safar, a.k.a. DJ/Producer Diwon, whose family on one side originates from and on the other from Yemen, and pre-state Israel.“Jews indigenous to the , such asmy family, have worn some variation of the kefyah [cap/kippa] and keffiyeh[head/neck scarves] for thousands of years,” he said.“The original purpose of the scarves was to provide protection from the sun andsand. When it comes to religious observance, the Muslim tradition of headcovering originates from the Jewish tradition,” Safar said.However, he is not oblivious to the fact that this new “Israeli keffiyeh,”which has been selling fairly well, has already engendered controversy amongsome who feel it might be inappropriate for Jews to use it as a pro-Israelsymbol.“We have had some Arab friends take offense to our new scarf-remix,” acknowledged Safar. “We have some Muslim rappers who have taken part in our Hip Hop Sulhaseries, which is a Jewish and Muslim reconciliation concert series featuringHip Hop groups from around the world. We are having a concert in February andone of the performers has actually backed out because of these scarves.”In an attempt to put people’s minds at ease, Safar this week released a pressstatement to clarify the historical facts and to provide some context.“As a Jew, I am not offended by the pope who wears a ‘kippa,’ and in the samerespect, I don’t feel there is any reason for anyone to take offense to aJewish person wearing a version of the keffiyeh, which they also identifywith,” he said in the statement.“There are numerous variations of the keffiyeh today; the red and whitekeffiyeh is associated with and is worn throughout the . It hasalso been worn by Beduin for centuries. The black and white keffiyeh, idolizedin the 1960s by Egyptian-born PLO founder Yasser Arafat, has become the symbolof the Palestinian resistance movement,” Safar said.“The way that symbols are politicized and used to divide people, rather than ascommon ground for discussion and dialogue, is exactly the kind ofthought-provoking topic that we at Shemspeed want to explore with our music, aswell as our programming. Our Israeli remix of the keffiyeh is just one moreinterpretation of a scarf worn by our brothers for thousands of years.”
According to Safar, the idea for the Israeli keffiyeh was born out of a tripto taken by the New York-based design veteran Baruch Chertok from the Jewishclothing line Dveykus. On his way to ,Chertok had a layover in and was struck by the fact that the keffiyeh-looking scarves were worn on thestreets and prominently displayed in all the stores.After arriving here, said Safar, “Chertok happened upon a Jewish pro-Palestinianrally where Jews wearing keffiyehs were demonstrating for Palestinian rights,and that was all the inspiration it took.” Safar said that the scarves, which also have “Am Israel Chai” embroidered inHebrew into the fabric, were created purely to express a deep love for and “theunity it creates among Jews.”
Advertisement
Subscribe for our daily newsletter