The reborn Jews of Indonesia

For most converts, Jewishness is a legacy they feel blessed to have inherited. 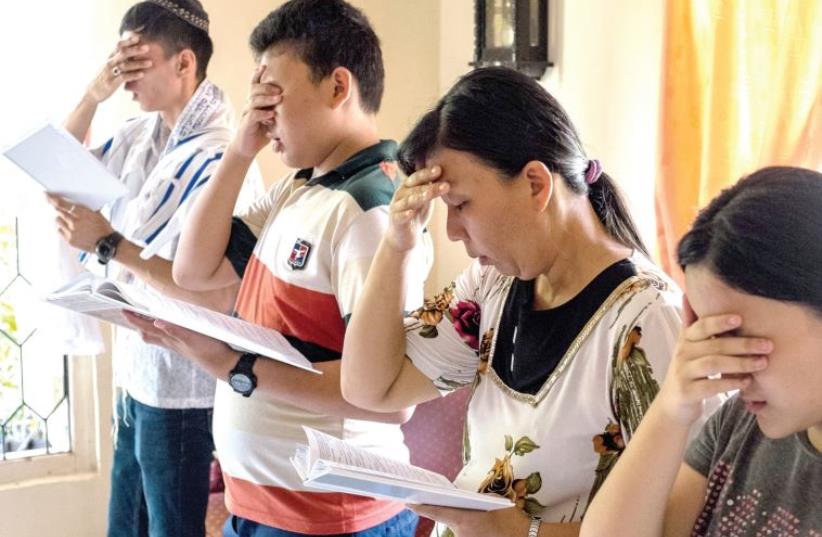 Indonesian Jews reciting the Shema prayer during Saturday morning services.
(photo credit: ANNA CLARE SPELMAN)
Advertisement
Scattered across islands in Indonesia, the country with the largest Muslim population in the world, Indonesians of Jewish-Dutch heritage are converting back to their ancestral religion.Assisted by rabbis and religious leaders from Israel, the US and Australia, the groups have begun to form a unified central Indonesian Jewish organization, complete with a prayer book translated from Hebrew into Bahasa Indonesia, the official language of Indonesia.Seventy-seven Jews have been officially converted, while almost 200 more are lining up for their chance. With no Jewish schools available, the would-be converts (as well as those already converted) study Hebrew, prayers and Torah over YouTube, Facebook and email. And without any official Jewish spaces in Indonesia, individuals and families have created their own: Friday night services in dining rooms and Shabbat morning prayer sessions in small rented office spaces or home synagogues. Because the Jewish community is spread out across the country, families often travel hours to attend such a service.
Read More...
Vicktor (Noah) Ratumbanua holds the Torah during Saturday morning services.
(photo credit: Anna Clare Spelman)Why are these conversions happening now, more than 400 years after the Dutch arrived in Indonesia? When asked this question, most Indonesian Jews simply shrug, think for a short minute, and reply with essentially, “it is our calling.”The Dutch came to the Indonesian islands as traders as early as the 17th century, and continued to immigrate throughout Dutch rule there, which ended in 1942. Those who were Jewish often disguised their identity for fear of persecution, and many married Indonesian locals. Eventually, most families converted to the dominant religion of their location – usually Christianity or Islam.In some cases, the Dutch or Jewish surname remained, leaving a trail for current Jewish descendants to follow. Some Indonesian Jews have known for a long time they were Jewish, having been told by grandparents or great-grandparents. Others became curious after reading about Judaism and, looking back at their family tree, discovered Jewish roots. Still others are not sure they are in fact Jewish by birth, but still feel a connection to the heritage and so begin the learning process.
An Indonesian Jewish child learns Hebrew on his iPhone; (below) reciting the Shabbat prayers.
(photo credit: Anna Clare Spelman)For most, Jewishness is a legacy they feel blessed to have inherited. The connection to family and history is strong, and they are proud of their Jewish artifacts, family photos and, for some, Dutch names that have survived. In many cases, learning more about their history has proven difficult; often family names were changed upon arrival in Indonesia and, in some cases, remaining family in Europe were killed during the Holocaust.As with any community, the rules over who belongs and who does not are a major point of contention for the leadership and their congregations, and questions of identity are ever present.MANY INDONESIAN Jews found their path to Judaism by way of the church; there are several “messianic churches” operating in Indonesia where one can attend a service that looks and feels very Jewish, but where one is still expected to believe in Jesus.As American Rabbi Jonathan Ginsberg, one of the rabbis who converted the initial group of 77, tells The Jerusalem Report, “The church can be a stopgap for those who realize it’s not the real deal and want to go all the way to Judaism.”
Indonesian Jews praying.

Due to this history, the United Indonesian Jewish Community (UIJC) leaders have decided that their hard and fast rule for belonging to the national congregation is to be completely separate from Christianity, the church and Jesus. Therefore, certain groups and individuals – some who have already converted – have been excluded from the UIJC due to their suspected connections to Christianity.There are also divisions about the level of religious observance. While most Indonesian Jews accept that it would be too difficult to lead a truly Orthodox lifestyle even if they wanted to, there are some who expect the highest level of commitment, or who feel others are not “religious enough.” 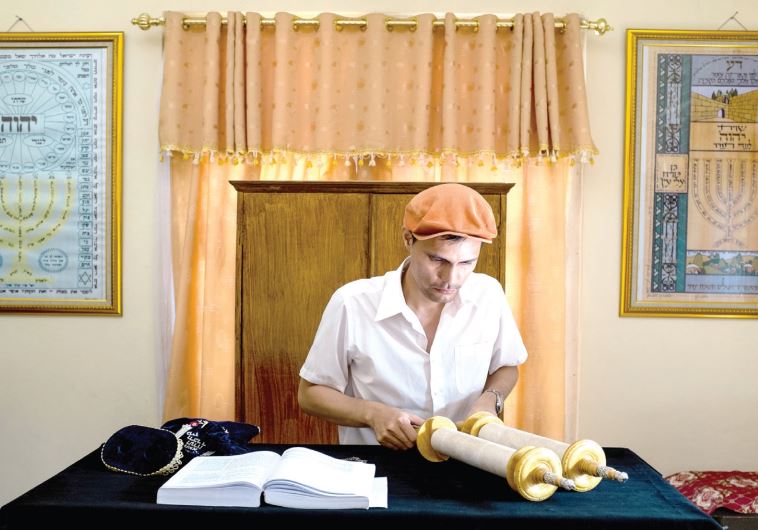 Vicky (Avshalom) Ratumbanua reads from a Torah scroll in his home synagogue in Manado.
(photo credit: Anna Clare Spelman)These are common issues and questions for any religious community, and Indonesia is no exception. These groups are finding their own ways to worship, and now there are multiple communities existing simultaneously.It is a rare thing to be part of the beginning of a religion.While Indonesian Jews are, of course, drawing on ancient texts and scriptures, they are also, in a way, creating a religion. They have had and will continue to have many “firsts”: bar/ bat mitzvas; weddings and perhaps an ordination of the first Indonesian rabbi.In a country that does not even officially recognize Judaism as a religion, the community is encountering very little resistance.Perhaps the Indonesian community is a sign of positive possibilities at a time when religious coexistence is often fraught with tension.The community, from Jakarta to Papua, Sulawesi to Sumatra, is growing. They have the backing of international rabbis, who are helping them convert. While some of them do want to make aliya, Ginsberg says this “might be tough” since many Jewish religious movements do not accept online conversion, which is the way most Indonesian Jews are learning. 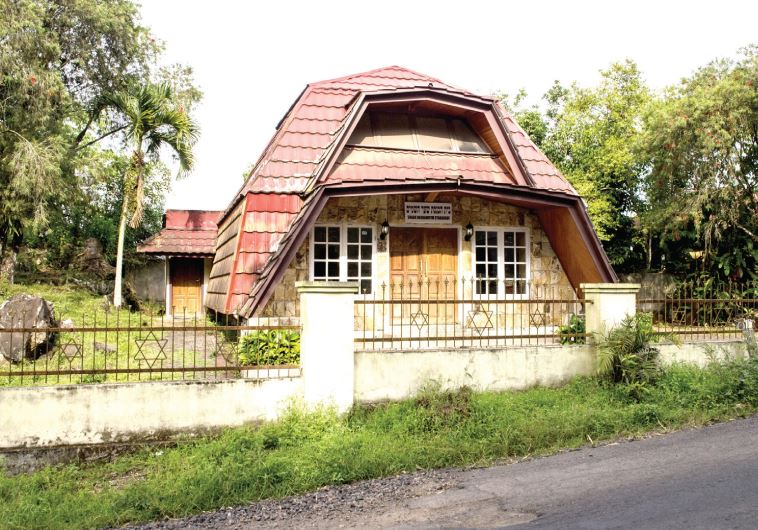 The synagogue in Sulawesi, built with the funds of a Dutch Jewish woman.
(photo credit: Anna Clare Spelman)

But, for now, Indonesian Judaism is developing mostly through its own power of community and faith. Its Facebook group buzzes with questions; packages of talitot are mailed across islands and, slowly but surely, Saturday morning services get louder and more confident as Indonesian Jews chant from their very own prayer book.
This work is part of a larger long-term project by photographer Anna Clare Spelman, who is documenting Jewish migration to Asia. So far, she has spent time with communities in Cambodia, India, Singapore, the Philippines, and Indonesia. Visit her website: