Why is Europe turning a blind eye to Islamic occupation?

National and religious minorities in the Arab region have not been given independence or autonomy; They are still trying to overthrow their Arab-Muslim occupiers. 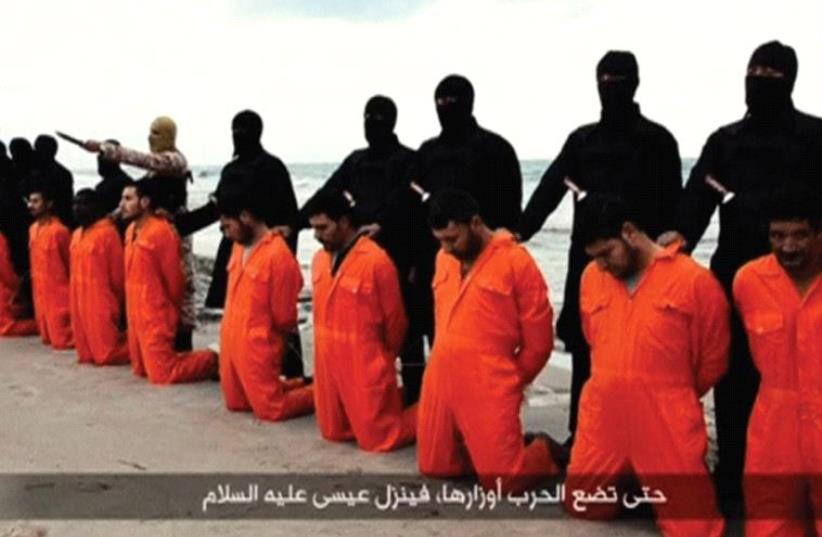 ISIS TERRORISTS pose on a Libyan beach in February 2015 with 21 captured Egyptian Christians they are about to behead
(photo credit: REUTERS)
Advertisement
IN A world beset by terrorism and humanitarian disasters, the international community remains fixated on the State of Israel.The one and only state of the Jewish people, back in their historical homeland, is a beacon of democracy in the Muslim-Arab sphere devoid of human rights, left behind by social and economic progress and subject to frequent bouts of bloody unrest. Yet Israel is singled out, again and again, for condemnation.