Outside the meeting, thousands of soon-to-be laid-off Teva employees demonstrated with their families.

By MAX SCHINDLER
DECEMBER 19, 2017 18:28
Teva workers strike outside the Knesset, December 2017
Advertisement
Teva Pharmaceutical Industries CEO Kare Schultz turned down Prime Minister Benjamin Netanyahu’s request on Tuesday for the company to reduce its planned layoffs and avoid shuttering two Jerusalem plants.Schultz told Netanyahu, Finance Minister Moshe Kahlon and Economy Minister Eli Cohen at a meeting in Jerusalem on Tuesday that the company would continue with its downsizing plans – laying off 1,750 Israelis and closing factories nationwide – due to its hefty debt-load and shrinking cash flow. Without taking those steps, Schultz warned, Teva could wind up insolvent or as a tempting target for a hostile takeover bid.“Unfortunately, Teva is unable to consent to the request of the prime minister and ministers and avoid the closure of the plant in Jerusalem,” Schultz said in a statement after the meeting.“The company will continue in the phased closure of the plant... These measures are painful, but absolutely vital.”The company is set to wind down its Jerusalem factories by the end of 2019, along with laying off a quarter of its Israeli and global workforce – some 14,000 workers.Other plants and offices in Israel are also on the chopping block, to be sold or closed.Outside the meeting, thousands of soon to be laid-off Teva employees demonstrated with their families. 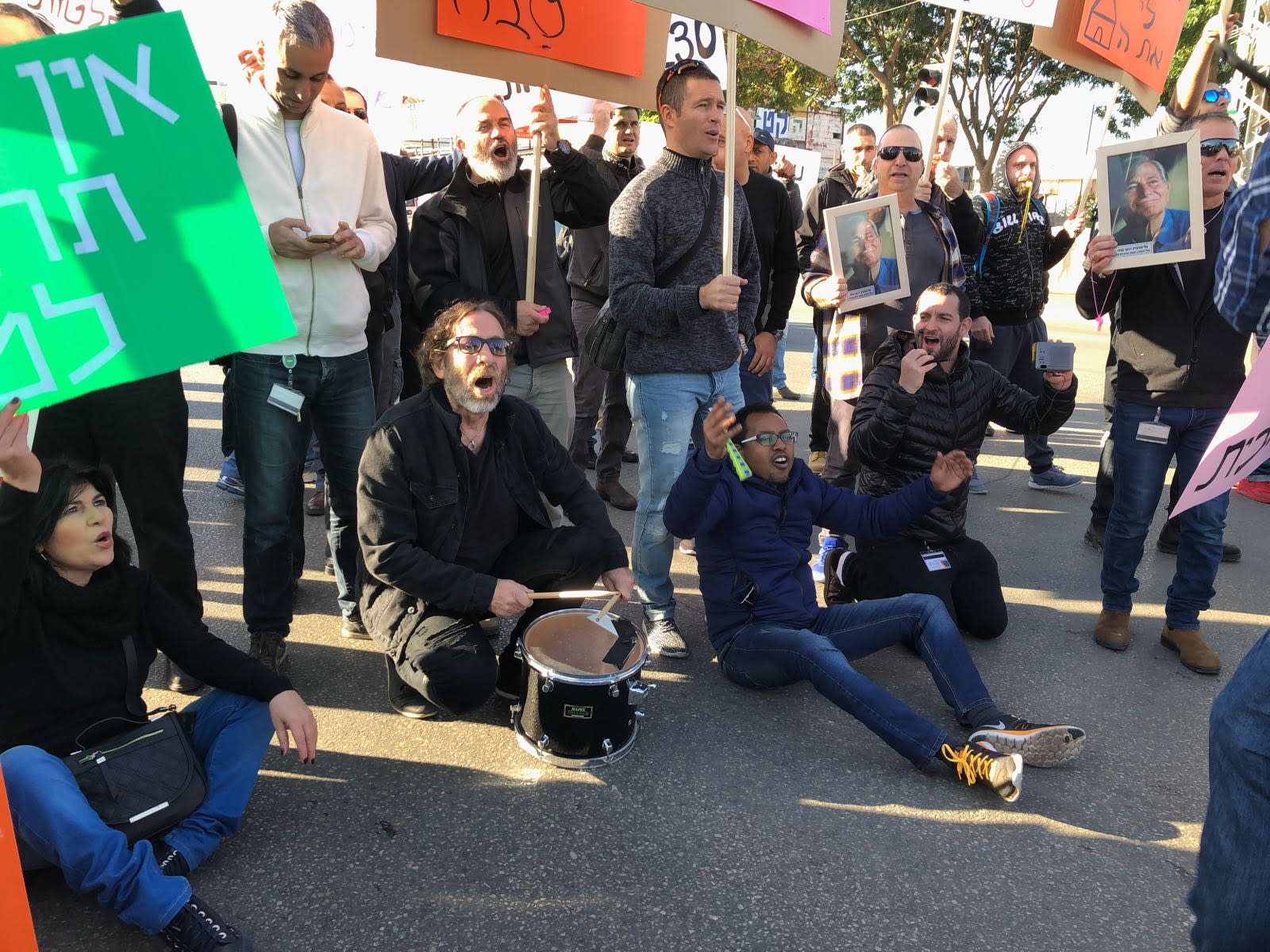 Some Israeli politicians had openly discussed requesting if Teva could shutter factories elsewhere – notably in Ireland – in order to avoid the bloodletting closer to home. Many mentioned how the company gained from NIS 22 billion ($6.1b.) in tax deductions and benefits over the past decade.Schultz pushed back, reportedly saying that many of the Israeli factories were unprofitable. He added that the company’s Jerusalem- produced tablets could be made at a third of the price in Eastern Europe, Calcalist reported. Several hundred workers are employed by Teva’s Jerusalem plants.The CEO added that the company had no plans to move its global headquarters out of Israel. “I am committed to maintaining a strong presence of R&D, as well as preserving most of our existing manufacturing in Israel in the future,” Schultz said. “In order for Teva to remain an Israeli company and continue to prosper in Israel, and to continue with our significant contribution to the Israeli economy, we must first and foremost save our company.”The company has estimated that it will spend some $700 million on severance pay and other restructuring costs. After the layoffs, Teva will be left with around 5,000 workers in Israel.“Teva will cooperate fully with the team established by the prime minister in order to assist the [Israeli] workers who will leave the company to find alternative employment, training and support,” Schultz pledged, without providing further details.Teva dug its own hole after making ill-advised largescale acquisitions, such as purchasing the generic drug unit of Allergan for $40b.in 2016. Aside from taking out major loans, Teva faces increased generic-drug competition from regulatory changes by the Food and Drug Administration.And the FDA approval of a generic competitor to Teva’s blockbuster multiple sclerosis drug, Copaxone, has hit the company hard.That all raises questions of whether the pharmaceutical giant can pay off its enormous $35b. debt. Teva’s layoffs and factory closures are part of a global plan to decrease costs by $3b. within two years, reducing its estimated expenses from $16.1b. in 2017.Teva contributes about 3% of the country’s annual GDP, including indirect contributions.