The road ahead for self-driving cars

By JASON BLACKSHAW
NOVEMBER 17, 2019 06:51
(photo credit: SHUTTERSTOCK)
Advertisement
Self-driving cars, or autonomous vehicles (AVs), connected and autonomous vehicles (CAVs), driverless cars, robo-cars or robotic cars, appear to be the upcoming thing. They will have tremendous economic importance because of the size of the potential market.
The car market is one of the largest in the world. On an annual basis, the world’s car manufacturers produce 105 million vehicles, with China, Japan and Germany being the largest producers. Some 105 million vehicles -- 80 million cars and 25 million commercial vehicles -- in a single year means that each year, 105 million new vehicles hit the world’s streets. That amounts to nearly 290,000 on a daily basis. This is a market that has an annual turnover of $1.6 trillion.
In the past five years, the number of cars produced annually has remained more or less static, while forecasts for the coming years show modest growth. Not so with autonomous vehicles. Forecasts for the future are dramatic. Over the next decade, Internet-connected car technologies and AVs are set to create another revolution in the automotive sector. In 2016, some 40% of people surveyed in the US stated that they were willing to use fully automated vehicles, presumably because they consider AVs to be safer than conventional cars. The global market for autonomous driving hardware components is expected to increase form $400 million in 2015 to $40 billion in 2030. 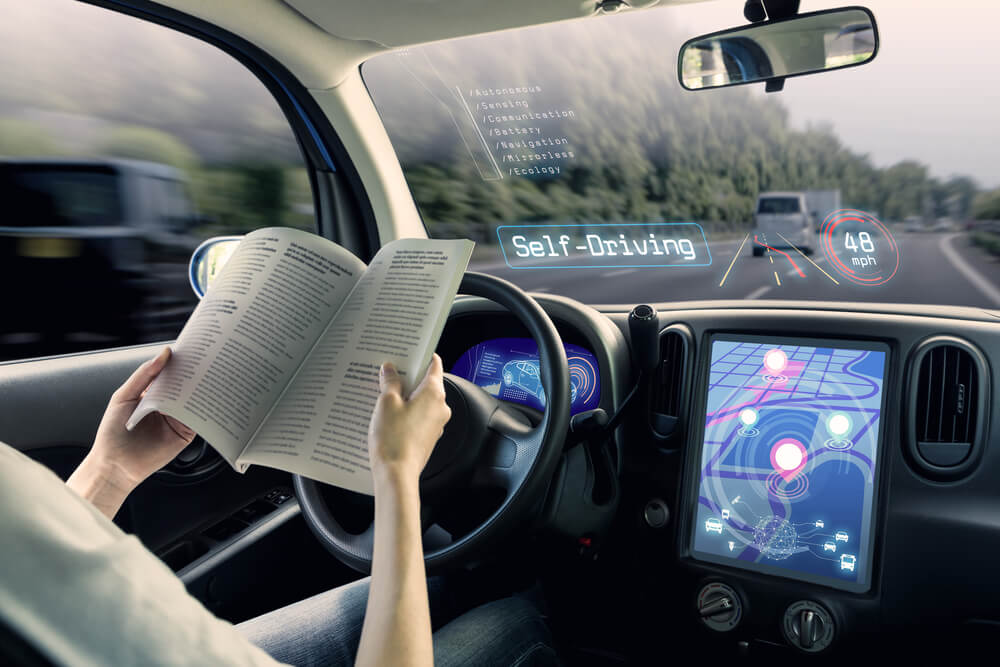 An increase of a hundredfold
The dramatic increase in the sale of hi-tech components means a dramatic increase in the production of automated vehicles. Generally speaking, an AV is a conventional vehicle with a chassis, four wheels and a motor but with hi-tech wizardry that will enable it to drive itself -- that is, to navigate without a driver sitting at the wheel starting and stopping the car, steering it backward and forward, going to the left or right, etc.
The computerized technologies will navigate the AV safely. They will know when to stop or steer the car to prevent an accident such as running someone over, colliding with another car or crashing into a wall.
Self-driving cars combine a variety of sensors to perceive their surroundings, such as radar, LiDAR, sonar, GPS, odometry and inertial measurement units. Advanced control systems interpret sensory information to identify appropriate navigation paths, as well as obstacles and relevant signage.
The main technologies incorporated in these systems are artificial visual technologies. This stands to reason because the main task of these technologies is to perceive obstacles and take the necessary steps to avoid them. In short, artificial visual system sensors can see obstacles and report them to a central computerized “brain” that will know what to do.
The increase in the development and sale of these technologies, both the hardware and software, herald a rapid increase in self-driving vehicles. Demand for such vehicles is expected to be strong. Their advantages are manifold and will benefit the individual and the community, as well as the infrastructure.
They will benefit the individual because they will make getting from one place to another much safer. In the foreseeable future, when automatic vehicles are as common as conventional vehicles today, driving as we know it may well be reserved for sporting activities. Daily activities such as getting to work, going shopping or taking the children to school will be done by an AV.
Automatic cars are also beneficial for the community. With automatic cars, accidents will decrease greatly. Fewer accidents means fewer casualties, fewer invalids and lower mortality. From a communal perspective, fewer accidents means fewer injured parties, hence less pressure on hospitals and other medical facilities. Fewer accidents means fewer people maimed for life, thereby rendering less need for social services and welfare.
Automated vehicles will also be eco-friendly. AVs will be cleaner and less harmful to the environment. Long-distance trucks at the forefront of adopting and implementing the new technologies. Long-distance driving is tedious and consequently dangerous. Automatic trucks will have a beneficial bearing on the road infrastructure.
The challenge for the designers of driverless cars is to produce control systems capable of analyzing sensory data in order to provide accurate detection of other vehicles and the road ahead, as well as stationary objects.
The fact that the production of AVs is set to increase dramatically is very good news for Israel, as it is the world’s largest producer of automatic vehicle technologies. Countless start-ups in Israel are developing innovative technologies for AVs, and many hi-tech companies have already developed such technologies and are selling their products in the global markets.
Here are some examples of such innovations:
Acktar is a world leader in light absorption materials and coatings that provide solutions for the suppression of stray light in wavelengths UV, VIS, NIR, SWIR and MWIR. The company has developed one of the highest performing super black coatings, with 99% absorption, for stray light elimination, used to blacken opto-mechanical components. They are used successfully on AV’s optical systems and neutralizes most of the blinding effect of bright lights on video sensors, be they from the sun or strong lights mainly from headlights. These products are also applicable for other light-trapping applications in lens housings, light baffles, etc. The company’s proprietary coatings are based on vacuum deposition technologies. They are ecologically clean and in many cases used to replace traditional processes that may be sources of pollutants and toxic substances.
Mobileye was opened in 1999 to develop visual-based technology for the use of Advanced Driver Assist Systems. Since then, it has become the world’s largest supplier of such systems. Consequently, it is an important factor in making roads safer, reducing traffic accidents and reducing loss of life. The company was acquired by Intel in 2017.
Innoviz is a leading provider of high-performance, solid-state LiDAR sensors and perception hardware for use in AVs to enable safety always. LiDAR (light detection and ranging) is a remote sensing method that uses light in the form of a pulsed laser to measure ranges (variable distances) to and object.
Ride Vision has developed a technology that prevents traffic accidents for motorcyclists.
The historical element
Automated vehicles are considered to be highly innovative, but experiments on mechanical automated driving systems (ADS) have been done since at least the 1920s, while trials began in the 1950s. The first semi-automated car was developed in 1977 by Japan's Tsukuba Mechanical Engineering Laboratory, with a vehicle that reached speeds of up to 30 kilometers per hour.
The first truly autonomous cars appeared in the 1980s, with Carnegie Mellon University's Navlab and ALV (autonomous land vehicles) projects funded by DARPA (Defense Advanced Research Projects Agency of the US) started in 1984; and Mercedes-Benz, the German Bundeswehr and the University of Munich in the context of the EUREKA Prometheus Project in 1987.
By 1987, ALVs had demonstrated self-driving speeds of 31 kilometers, with obstacle avoidance added a year later and off-road driving in day and nighttime conditions.
A major milestone was achieved in 1995, with CMU’s NavLab 5 completing the first autonomous coat-to-coast drive of the US. Of the 2,849 miles between Pittsburgh, Pennsylvania, and San Diego, California, 2,797 miles (98.2%) were autonomous, complete with an average speed of 53.8 miles per hour (102.3 km/h). 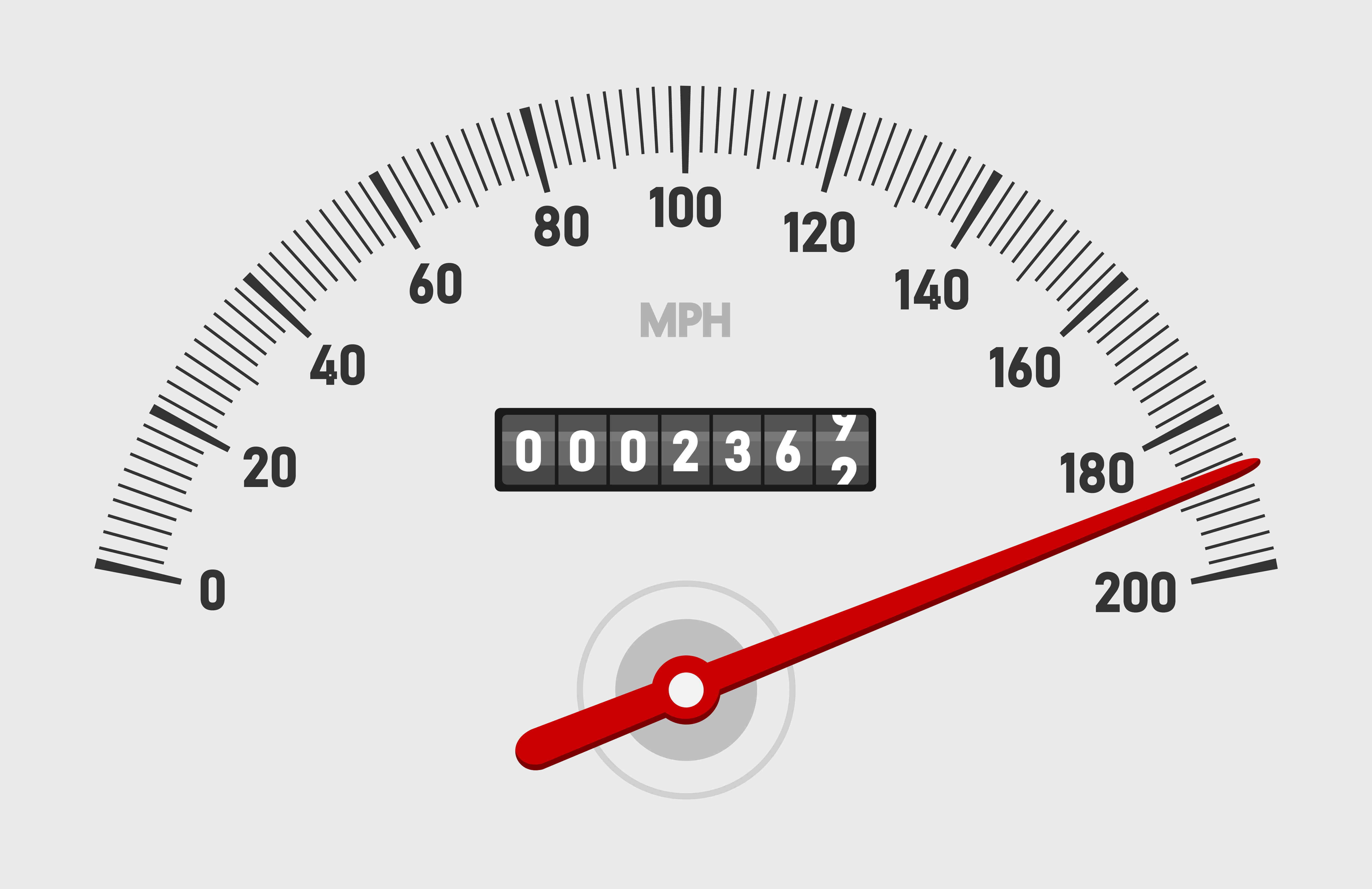