Chinese money is increasingly flowing into Israeli hi-tech companies and is likely to overtake the US as the number one source of foreign investment for the Jewish state. 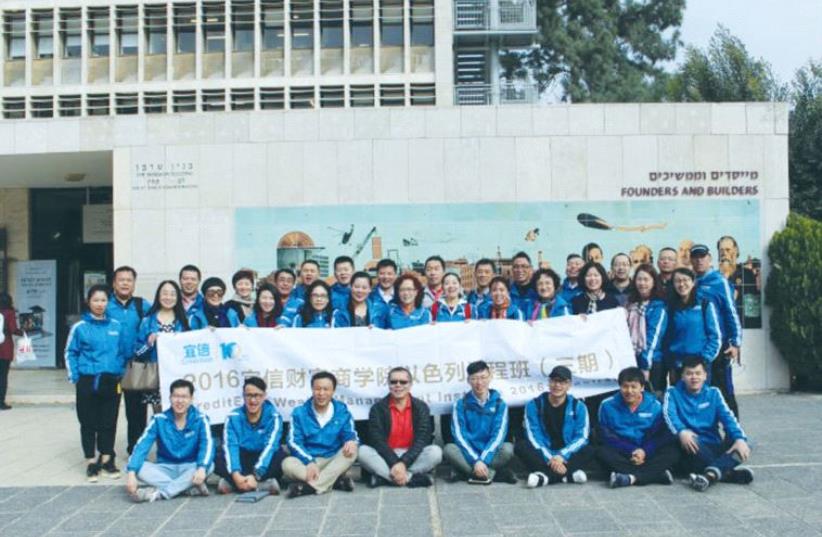 CREDITEASE’S VIP delegation visits Jerusalem last week. CreditEase partnered with experienced venture-capital investors Tayman Kan and Benjamin Weiss to create the CreditEase Israel Innovation Fund in 2015, making CreditEase the only Chinese financial institution with a physical office in Israel.
(photo credit: Courtesy)
China is becoming an increasingly attractive market for Israeli start-ups seeking to raise funds, and it may soon overtake the US as its number one investor due to political and psychological factors.“The Chinese don’t look at politics,” said Edouard Cukierman, chairman of Cukierman Investments House and managing partner at Catalyst-CEL. “The Europeans [and Americans] don’t always, in the geopolitical aspect, look favorably at Israel. The Chinese look at what Israeli innovation can do for their business, what’s in their interest.”A French-Israeli who made aliya as a teenager, Cukierman historically focused on promoting Europe as an alternative source of funding for Israeli firms. But with increased support from East Asia, along with growing Western criticism of Israel, Cukierman is shifting gears.Meeting on Wednesday in a 23rd-floor corner office overlooking the rooftops of Tel Aviv, Cukierman speaks avidly about the potential for Chinese investors and companies to transform Israeli hi-tech. When he hands you a business card, the back no longer contains a French or Hebrew translation, but rather Mandarin.“Israel is a perfect place for them to come,” Cukierman added. “They get red carpet treatment when they come to Israel, which is not the case necessarily when they come to the US [and Europe].”With Chinese money flowing into Israeli hi-tech companies, it is likely to soon overtake the US as the number one source of foreign investment for the Jewish state. Last year, Chinese money into Israel surged more than tenfold to a record $16.5 billion, according to Thomson Reuters data.Chinese investors are increasingly shopping for Israeli technologies amid growing awareness of Israel’s “Start-up Nation” brand and philosemitic sentiment.“They have a preconceived idea that in Israel, there are 8.5 million Einsteins. But don’t tell them the truth [that] it’s not the case,” Cukierman said, chuckling. “They really have an image that the Jewish people are a very smart, smart people, and that we’re lucky, we are blessed with intelligence.”A few months ago, the first Israeli hi-tech firm held an IPO on a Chinese stock exchange as Alma Lasers went public in Hong Kong. This contrasts with the 101 Israeli firms that have gone public in Europe and 272 having IPOs in the US.“We believe that China will be the largest investor in the Israeli market in the technology sector. It will surpass the US,” Cukierman said. “For many years, the Israeli hi-tech industry has been supported and led by American investors. Companies aimed for NASDAQ or the US market for exits, for IPOs.”Israel’s hi-tech funding gravity could further move east with Trump’s tax proposal, which reduces the US corporate tax rate from 35% to 21%. These changes make Israel’s soon-tobe 23% rate less of a bargain for American investors.While US regulators have cited security concerns in their delaying turning down Chinese takeover bids, Israel seems to be more open for business. It is unclear whether large Chinese operations of Israeli infrastructure, from ports to light rail lines, portend national security risks. 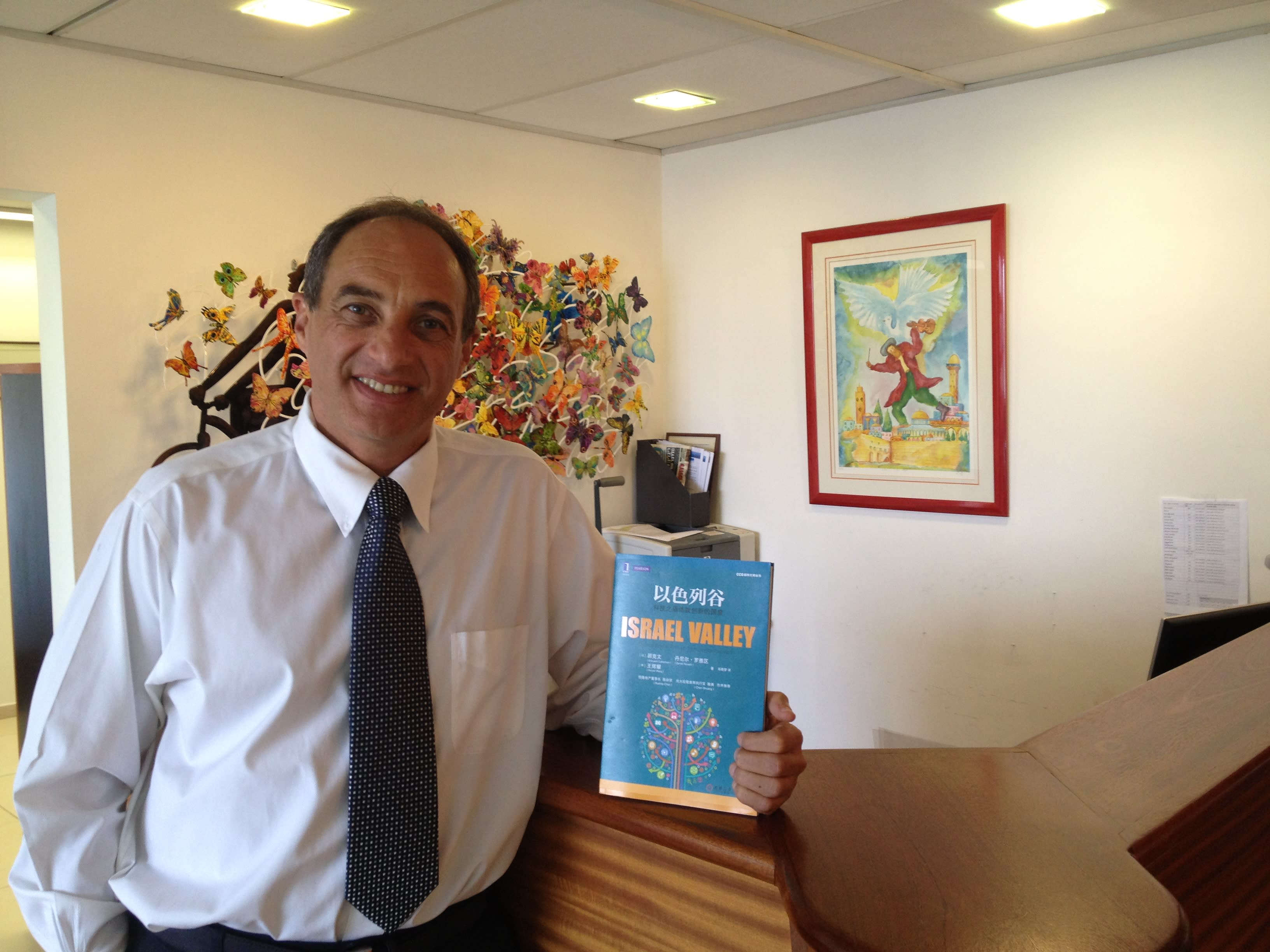 Israeli private equity investor Edouard Cukierman holds up a book he co-authored that was translated into Mandarin in 2014. Cukierman is focusing evermore on Chinese investment into Israel (Courtesy)
Cukierman pushed back, saying that when American and British firms acquire flagship Israeli companies and leverage them with debt, nobody bats an eye. But when China’s Bright Foods took over Israeli food giant Tnuva in 2014, the Israeli press was aflutter, although Tnuva now helps develop dairy products in China.Catalyst, an Israeli private equity firm Cukierman co-founded with Yair Shamir in 1993, has more than $250 million in assets under management.Catalyst-CEL, established in 2013, is a special $207m. fund to invest in Israeli companies that will operate in China.Cukierman also helps plan the annual GoforIsrael conference – to be held on March 5, 2018 – where Chinese investors visit and meet for a one-minute speed dating start-up pitch with dozens of bio-tech, fin-tech, ag-tech and life sciences companies.“For the fastest growing market, which will soon be the No.1 economy in the world, it’s a huge opportunity for Israeli companies. Once an Israeli company is in China, you need a Chinese investor to become a shareholder in your company to create a real alignment of interests...It’s the best way to access the Chinese market.”One speaker at GoforIsrael is Ronnie Chan, chairman of Hang Lung Properties, who has brought some 100 Chinese billionaires and heads of billion- dollar companies to Israel.Others include Antony Leung, chairman and CEO of the Nan Fung Group, Roger Cukierman, board member of Cukierman & Co. and vice president of the World Jewish Congress, and Chen Shuang, executive director and CEO of China Everbright.