Disproving 'Temple Mount denial' one bucket at a time

"No civilized person in the world can claim Temple denial or lack of a Jewish link to Jerusalem."

Five years later, under the auspices of Bar-Ilan University, the two archeologists procured a government license to have the ancient debris transferred to Emek Tzurim National Park on the western slope of Mount Scopus, where they established the headquarters of the Temple Mount Sifting Project.

Today some 70% of the 400 truckloads of earth has been scrutinized by a staff of 15 employees and thousands of volunteers from around the globe, one bucket at a time.

Since then, more than 500,000 artifacts – from a 3,000-year-old seal from the time of King David to coins, stone vessels, jewelry and flooring tile fragments from the Second Temple period – have been painstakingly documented for future generations.

Nevertheless, to the outrage and utter befuddlement of millions, last October UNESCO approved a resolution denying Jewish ties to the Temple Mount.

According to Barkay, professor emeritus from Bar-Ilan University and recipient of the 1996 Jerusalem Prize for Archeological Research, “Temple Mount denial” is a political phenomenon that began during the period of the Oslo Accords.

“Temple denial started in the 1990s, even though the Islamic Wakf itself in the 1920s and ’30s issued booklets which were given to visitors of the Temple Mount in which they said the existence of the Temples is beyond any doubt,” said Barkay last month.

“It was accepted and in the Islamic literature through the generations there is a plethora of mentions of Solomon’s Temple and the Temple of the Jews in Jerusalem, so it is very strange that they deny it now.” 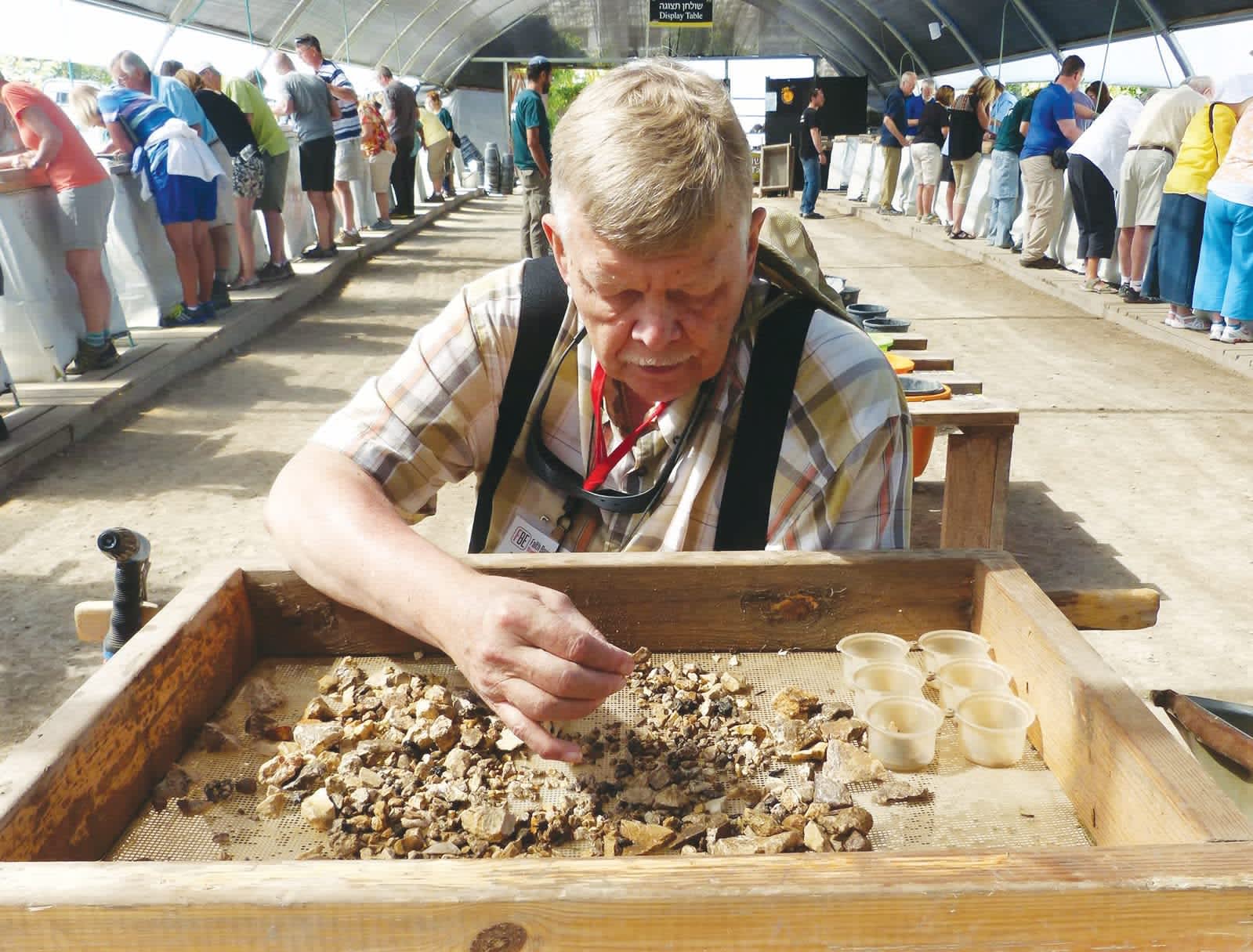 OVER 200,000 volunteers from all facets of society, both Israelis and foreigners, have taken part in sifting earth from the Temple Mount. (Tommy Chamberlin)

Moreover, Barkay asserts that the Dome of the Rock shrine was built as an Islamic replacement for Solomon’s Temple in 691 CE.

“The place was shown as the Temple Mount by Muslim guides to visitors all the time for centuries,” he continued. “The whole change came when a very naïve Bill Clinton wanted to solve all the problems of the world, and somebody whispered into his ear that the Temple Mount is the crux of the Middle East conflict, and he wanted to solve the conflict by solving the problem of sovereignty on the Temple Mount. The rest, as they say, is history.” Indeed, during this time Barkay said the Muslim historic narrative about Jerusalem radically changed amid newfound claims that it was in fact the capital of the Palestinians, even though there was never mention of Arab sovereignty in any ancient texts.

“They claimed that Jerusalem has no significance to the Jews, and want to have sole control of Jerusalem and the Temple Mount,” he said. “The whole thing is a political matter and misuse of ancient history for current political purposes.”

Barkay dismissed any suggestion that his Jewish faith somehow obfuscates his use of the scientific method at the sifting project, which has repeatedly proven Jewish ties to the Temple Mount. “Listen, I cherish and honor all the civilizations that Jerusalem witnessed throughout its history and I’m impartial,” he said. “I honor the Arab tradition and study the Arab remains.

“My being a Jew is just a coincidence,” he continued. “I am a civilized person and I deal with all of the history of human civilization in the same manner. On the other hand, parallel to Temple denial, there is also Holocaust denial, and I think that Temple denial is even more serious… because we do not have living witnesses to testify to its existence.”

Noting the fact that the Bible, Mishna and Greek and Roman historians wrote in depth about the Temples’ existence, Barkay deems Temple denial “shameful” and “anti-civilized,” because “UNESCO’s decisions are politically based on majority and self-interests.

“If it would be in their interest to declare that the Earth is flat, they would have a majority vote [claiming so]. They can vote about anything they wish, but this is to the shame of that institution. No civilized person in the world can claim Temple denial or lack of a Jewish link to Jerusalem.

In the meantime, Barkay said proving Jewish ties to the Temple Mount and Jerusalem is akin to “proving that water is wet.”

“Everybody knows that the Temple Mount is the holiest place for Jews in the world,” he said. “None of the finds [from the sifting project] were intended to prove the Jewish link, or any other link to the Temple Mount. We simply wanted to learn its history through the material culture discovered from the earth that was thrown out barbarically by the Islamic Wakf without any scientific supervision.”

Still, Barkay noted that roughly 10% of the datable finds sifted were linked to the 400 years of the Davidic dynasty of the First Temple period.

“We have from that time even a seal impression with the name of one of the priestly families that were responsible for the administration and worship at Solomon’s Temple some 2,600 years ago, among an abundance of other material,” he said.

“From the Second Temple period during the fourth century BCE we have a large amount of coins from the Persian period with Hebrew inscriptions with the name of the province of Judah, ‘Yehud,’ which is a name mentioned in the Book of Ezra in the Bible. And those tiny silver coins are the earliest discovered that were minted in Jerusalem.”

Additionally, Barkay said the project has identified more than 800 of the 6,000 coins thus far recovered from that period, including from the Hasmonean, Maccabean and Herodian dynasties and the First Revolt against the Romans.

“One special coin from that time is a large silver one which was worth half a shekel – the amount to be paid by every Jewish male once a year as Temple taxation,” he said.

Nonetheless, Barkay contends that there is no need for Jewish evidence from the Temple Mount during antiquity, because it has been universally accepted by scholars and researchers for centuries.

Meanwhile, despite being in need of funding to keep the enterprise operational, the celebrated archeologist said the tens of thousands of volunteers of all ages from all corners of the world have become as invaluable to the project as the historic relics they sift through.

“There is nothing more touching than to look at the excitement of the face of somebody when he or she touches the soul and the sacred soil of Jerusalem and of the Temple Mount,” he said. “It doesn’t matter what the Temple Mount deniers say.”