'Zionism has always been about building exemplary society'

Dr. David Breakstone on why the aging World Zionist Organization, contrary to popular opinion, should continue to exist.

By HAVIV RETTIG GUR
JANUARY 30, 2010 00:55
David Breakstone 311
(photo credit: Ariel Jerozolimski)
Advertisement
The World Zionist Organization will turn 113 thisAugust. And while its past may be the stuff of legend, its future iswidely seen as the bleak twilight of an organization that can neitherdisband nor achieve anything worth the trouble. 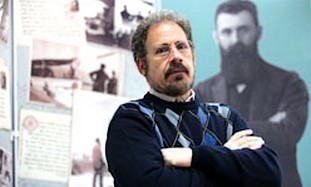