Rabin's assassination: The story that changed the nation

As we mark 19 years since the assassination of former prime minister Yitzhak Rabin this week, we bring you a special story on the political events of 1995 which preceded and followed his death.

By CAROLINE FRANK
NOVEMBER 4, 2014 16:57
Rabin assassinated
(photo credit: ARCHIVE)
Advertisement
The assassination of Prime Minister Yitzhak Rabin by Jewish extremist Yigal Amir took place on November 4, 1995 at the end of a rally in support of the Oslo Accords at the Kings of Israel Square in Tel Aviv (now known as Rabin Square). The Oslo Accords envisioned the establishment of a Palestinian interim self-government in the Palestinian territories. It created the Areas A, B and C in the West Bank but fell short of the promise of an independent Palestinian state – a topic that remains at the center of the Israel-Palestinian conflict today.
In the months leading up to the assassination, then Likud leader (and future prime minister) Benjamin Netanyahu addressed protesters of the Oslo movement at public rallies. In some of these events, protesters held posters showing Rabin in a Nazi SS uniform or dressed as Palestinian Liberation Organization then-chairman Yasser Arafat.
Below is a photo from late September 1995 of a political demonstration against Rabin. The poster calls both Rabin and Arafat "blood brothers" and accuses them both of being guilty of "crimes against the Jewish people."

Above: Protest against Rabin's government. Source: Reuters
Read More...
Rabin accused Netanyahu of provoking violence with these protests, a charge which the latter vehemently denied. For his part, Netanyahu accused Rabin's government of being removed from Jewish values. Below is an article and photo published on the front page of The Jerusalem Post on October 6, 1995. It highlights the tension that divided the Jewish nation at the time. 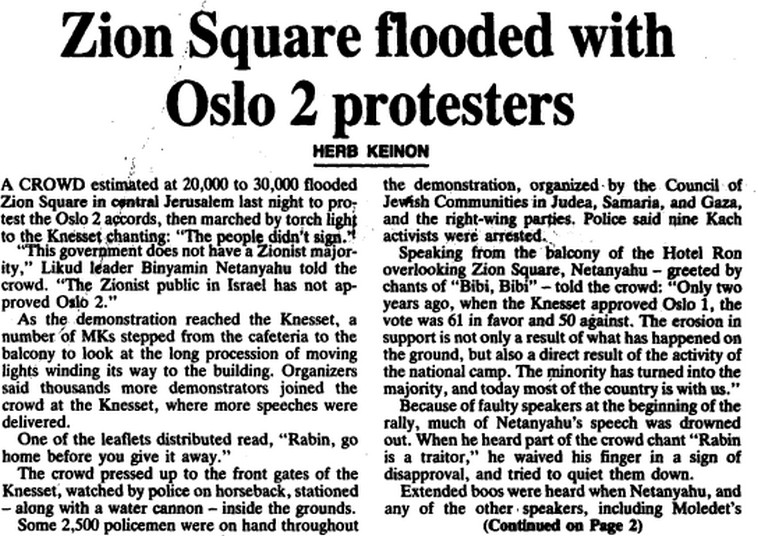 While both loved and hated for his politics, the assassination of Rabin a month later was a monumental blow to the Jewish world – a crime committed by an extremist right-wing Jew against the leader of the Jewish state. Shock and grief united a divided nation on November 5, 1995 when many heard of the death of their leader. Below is The Jerusalem Post's front page article that reported the murder of Rabin, "war hero and peacemaker." 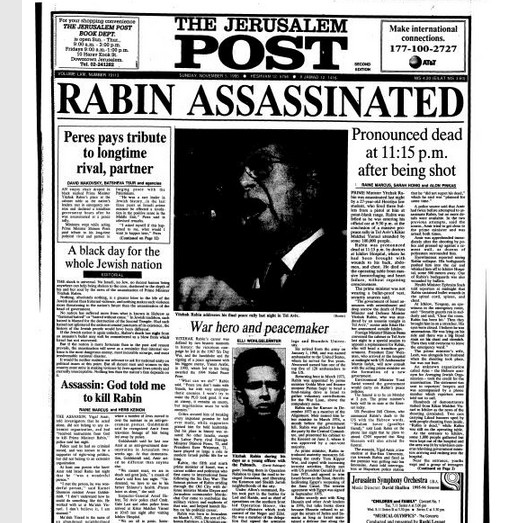 Left and Right, secular and religious came together to mourn the tragedy. Children mourned their former prime minister through lighting candles, drawing pictures, praying and singing. Below is an article from the Post, dated November 10, 1995. 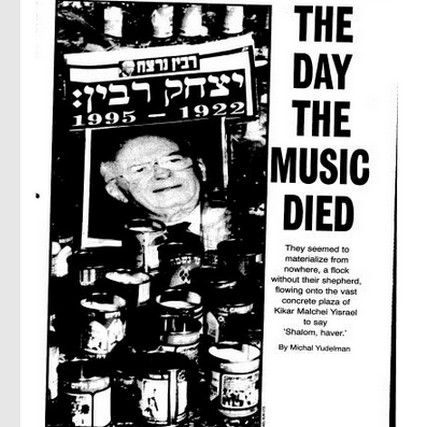 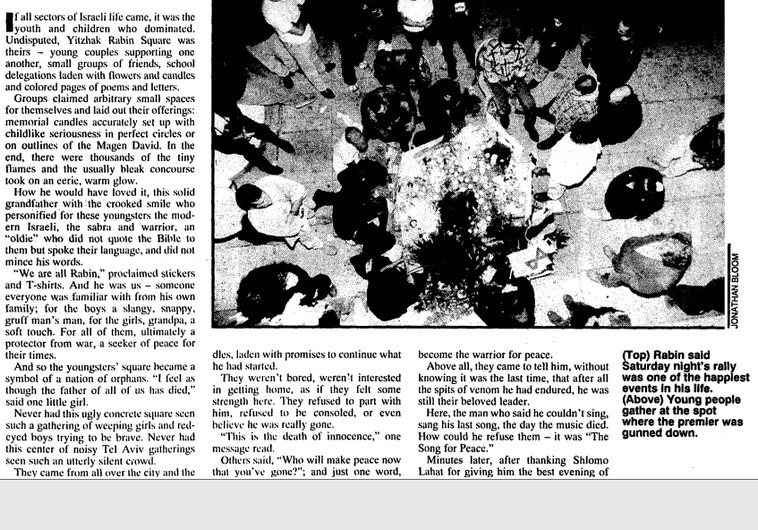 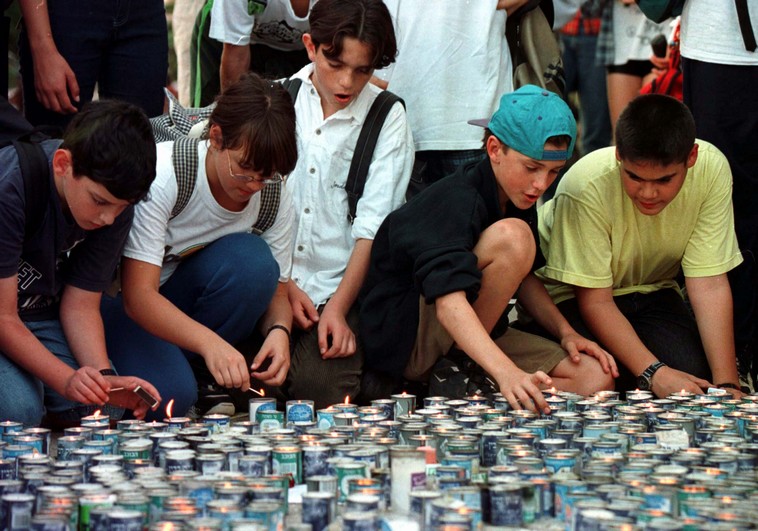 Nineteen years on, much has happened that has dramatically changed the face of Israel – notably the disengagement of Jews from the Gaza Strip in 2005 which was considered a step towards peace for some and a step backwards for the Jewish nation for others. After destructive wars against Hamas and Hezbollah, and escalating violence in Jerusalem over the Temple Mount just this week, Rabin's legacy remains poignant as ever.
A succession of ceremonies mark the Yitzhak Rabin Memorial Day each November.
Advertisement
PREMIUM Log Out
Subscribe for our daily newsletter