"All I need is permission to put these people on this island. I don't need anymore from them. I'll pay them for the island, I'll provide the jobs, I'll take care of logistics," he said. 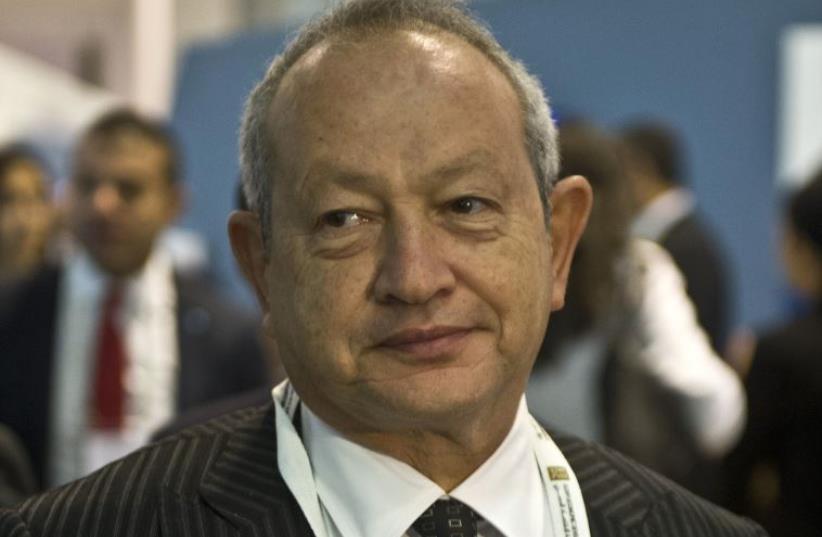 Egyptian billionaire Naguib Sawiris arrives for the Egypt Economic Development conference on March 13, 2015
(photo credit: AFP PHOTO / KHALED DESOUKI)
Advertisement
Naguib Sawiris, a billionaire and philanthropist from Egypt, has announced a bid to purchase land in the Mediterranean which would be used to provide refugees a new home, CNN reported on Friday. "Greece or Italy, sell me an island," Sawiris tweeted. In another tweet, he suggested calling the island "Aylan" after the Syrian boy who made international headlines after pictures surfaced of his drowned body washed ashore in Turkey.In his interview with CNN, he claimed that there were dozens of empty and available islands off the Greek or Italian coast that could easily handle 100,000-200,000 people. "It is a very simple solution. They sell the island to me and I'll make a temporary shelter for these people."  He also said he has plans to build a small port or marina for incoming migrant boats to dock, as well as employing island inhabitants to build their own homes, schools, a hospital, and even eventually a hotel. "All I need is permission to put these people on this island. I don't need anymore from them. I'll pay them for the island, I'll provide the jobs, I'll take care of logistics," he said. Sawiris is one of Egypt's most well known businessmen and the founder of a political party. Greek and Italian officials have yet to respond to his grandiose proposal. "Sometimes I think the politicians don't have a heart," Sawaris said, in regards to the lack of a cohesive response from European leaders on how to deal with the influx of migrants. Thousands of migrants have landed in Europe within the last few months, prompting a tentative EU plan to redistribute 120,000 asylum seekers arriving in Greece, Italy and Hungary. On Saturday, Austria and Germany allowed thousands of migrants to enter their borders. England and Finland have stated that they intend to do the same within the upcoming weeks.