Report: ISIS franchise in the Philippines carries out its first attack

ISIS terrorists in the Philippines have carried out attacks against the Philippine army previously, but this is the first time ISIS' "Philippine province" has claimed responsibility for an attack. 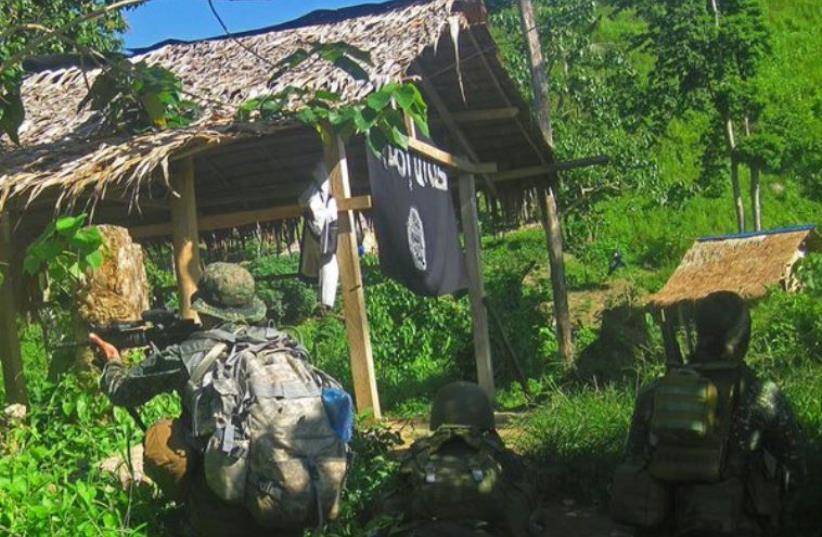 the Philippine army hunts ISIS fighters
(photo credit: ARAB SOCIAL MEDIA)
Advertisement
The recently-established ISIS branch in the Philippines claimed responsibility on Monday for a terror attack against a military position on Basilan Island, killing one soldier and injuring other.ISIS terrorists in the Philippines have carried out attacks against the Philippine army previously, but this is the first time ISIS' "Philippine province" has claimed responsibility for a terror attack.According to the statement issued on Monday, "a detachment from the soldiers of the Khilafah (caliphate) in the Philippines attacked a Crusader army position in the village of Tubigan in the Maluso area.""One of the Crusader's soldiers was killed and another wounded during the clashes, while the remaining soldiers fled," ISIS further stated.The Basilan Island, located south of the Philippine capital Manila, has long been a stronghold of local terror organizations that aim to topple the regime and establish a state ruled by Sharia.In January, fighters from four terror organizations operating in the Philippines released a video in which they pledged allegiance to ISIS leader Abu Bakr al-Baghdadi and announced the establishment of ISIS' province in the Philippines.The group, led by the chief of the extremist organization Abu Sayyaf, has recently released a video displaying the beheading of the Canadian journalist, John Ridsel, who was taken hostage by it in March.ISIS has been augmenting its terror activity in the Philippines amid the presidential elections that took place in the country on Monday. While ISIS regards Muslim participation in democratic elections as apostasy, many Muslims in the state reported their intention to cast their ballots.