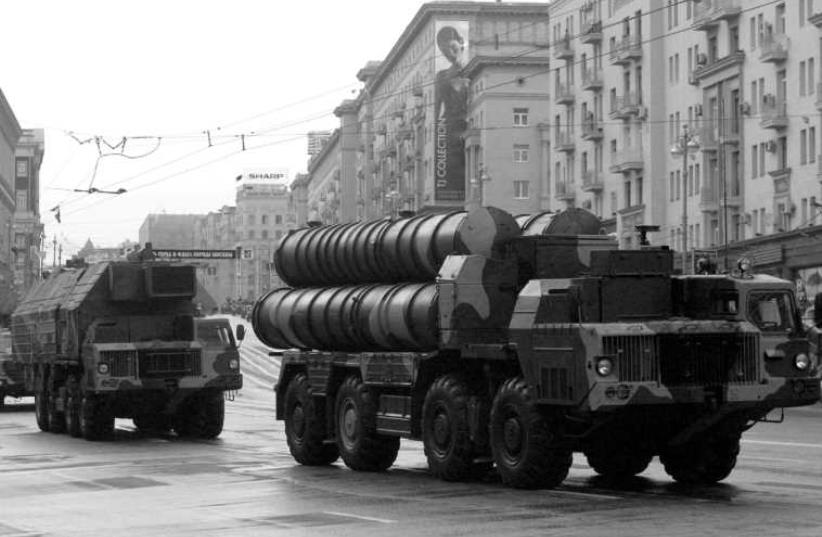 S-300 missles
(photo credit: ALEXANDER NATRUSKIN / REUTERS)
Advertisement
DUBAI - Iran will unveil an upgrade of its Emad ballistic missiles this year, the defense minister was quoted as saying, advancing a program that has drawn criticism from the United Nations and sanctions from the United States.The Islamic Republic would also start taking delivery of an advanced Russian S-300 surface-to-air missile defense system in the next two months, Hossein Dehghan added - a system that was blocked before a landmark nuclear deal with world powers.Tehran agreed the deal on curbing its nuclear work in July last year and international sanctions were lifted in January. But tensions with Washington have remained high as Tehran continues to develop its military capabilities.Iran first tested the Emad missile in October. With improved accuracy over its existing arsenal, Iran says the new missile will be an important part of its conventional deterrent.But the United States says the Emad is capable of carrying a nuclear warhead and the test therefore violated a UN resolution. Washington imposed fresh sanctions last month against Iranian individuals and businesses linked to the missile program."We will unveil the next generation of Emad with improved precision in the next (Iranian) year (starting from March 20)," Dehghan was quoted as saying by the Fars news agency late on Tuesday."The Emad misisle is not a violation of the nuclear deal or any UN resolution since we will never use a nuclear warhead (on it). It's an allegation," he said, adding that mass production would begin in the near future.Iran is also due to start taking delivery of the S-300 missiles system from Russia in the next two months, Dehghan said, and the order would be completed by the end of the year.Russia canceled a contract to deliver the advanced anti-missile rocket system to Iran in 2010 under pressure from the West following UN sanctions imposed on Iran over its nuclear program.Tehran and Moscow have also started talks on the supply of the Russian-made Sukhoi-30 fighter jets to Iran, Dehghan said."We have even decided on the number of Sukhoi-30 fighter jets that we want to buy," Dehghan said.