According to 'The New York Times', Iran has approved a request for journalist credentials submitted by the Jewish 'Forward'. 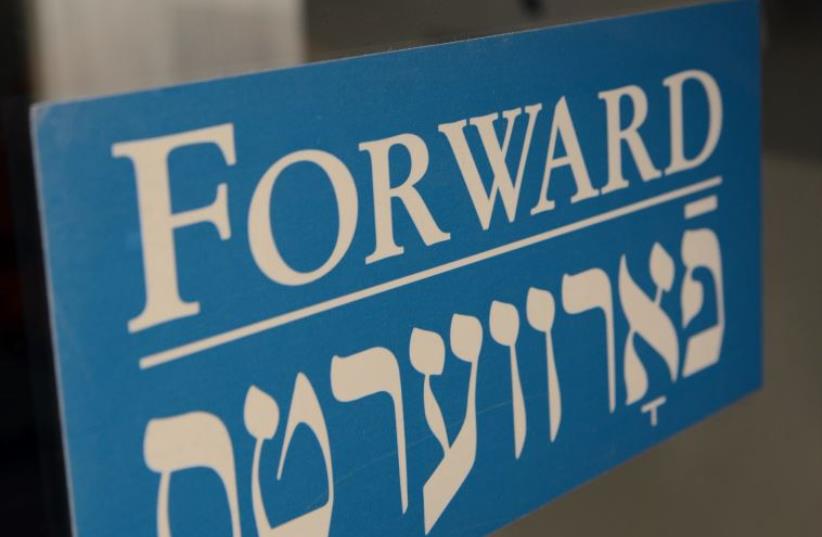 The Jewish 'Forward', America's oldest publication geared toward the Jewish community
(photo credit: AFP / STAN HONDA)
Advertisement
In what is viewed as an attempt by the Iranian government to influence American Jewish public opinion, the government in Tehran has granted a rare visa to a New York-based Jewish newspaper.According to The New York Times, Iran has approved a request for journalist credentials submitted by the Jewish Forward.The Forward is America's oldest Jewish newspaper. Founded in 1897 by American Jewish socialists, it became a mass circulation Yiddish-language daily that served the influx of immigrants from Eastern Europe.Journalists at the Forward said that they had been trying to obtain a visa to Iran for two years, according to the Times. “The proposed deal with Iran is of huge importance to American Jews, and we sent a reporter to Iran so that we could provide our readers with an in-depth, objective look at what real Iranians think of the proposed deal, the United States and Israel,” Jane Eisner, the newspaper’s editor in chief, said in a statement on Thursday.“It has taken two years of negotiations with the Iranian government to win this opportunity, and we look forward to presenting this objective reporting on our website and in our paper next week,” Ms. Eisner said.The timing of the Iranian government's approval of the Forward's request appears linked to the furious debate raging among American Jews over the Iran nuclear agreement negotiated by the Obama administration.While most US Jews are believed to support the deal, a vocal chorus of opponents say that the agreement endangers Israel's security.Senator Charles Schumer, Democrat of New York, the most senior Jewish member of the United States Congress and likely the next Democratic leader of the Senate, announced on Thursday that he will oppose the deal reached last month.His declaration in opposition is the first from the Senate Democratic caucus. It is considered influential by his peers: A plurality of Democrats remain undeclared on a pending vote of disapproval over the Joint Comprehensive Plan of Action, while 15 members of the Senate have declared their support.The JCPOA, the formal name for the Iran nuclear accord, is intended to cap, restrict, monitor and partially roll back Iran's nuclear program for a finite period in exchange for sanctions relief. Skeptics of the deal fear it will legitimize Iran as a nuclear threshold state, allowing them to retain an ever-growing uranium enrichment program."I have decided I must oppose the agreement and will vote yes on a motion of disapproval," Schumer said in a statement. "The agreement would allow Iran, after ten to fifteen years, to be a nuclear threshold state with the blessing of the world community.""To me," he added, "the very real risk that Iran will not moderate and will, instead, use the agreement to pursue its nefarious goals is too great."The move is a challenge to US President Barack Obama, who is aggressively advocating for the agreement. His colleague from New York, Senator Kirsten Gillibrand, announced her intentions to vote in favor of the deal earlier on Thursday.Also this evening, Congressman Eliot Engel (D-New York), ranking member of the House Foreign Affairs Committee and a senior Jewish member, also declared his opposition to the agreement."The answers I've received simply don't convince me that this deal will keep a nuclear weapon out of Iran's hands, and may in fact strengthen Iran's position as a destabilizing and destructive influence across the Middle East," Engel said.He joins four other Democratic lawmakers from New York that are opposed. Michael Wilner contributed to this report.