Analysis: The best reason for Iran deal? The West will learn where to drop bombs

Without a deal, the allies have no way of knowing which sites are truly important. So Washington and its allies would have to consider bombing them all. 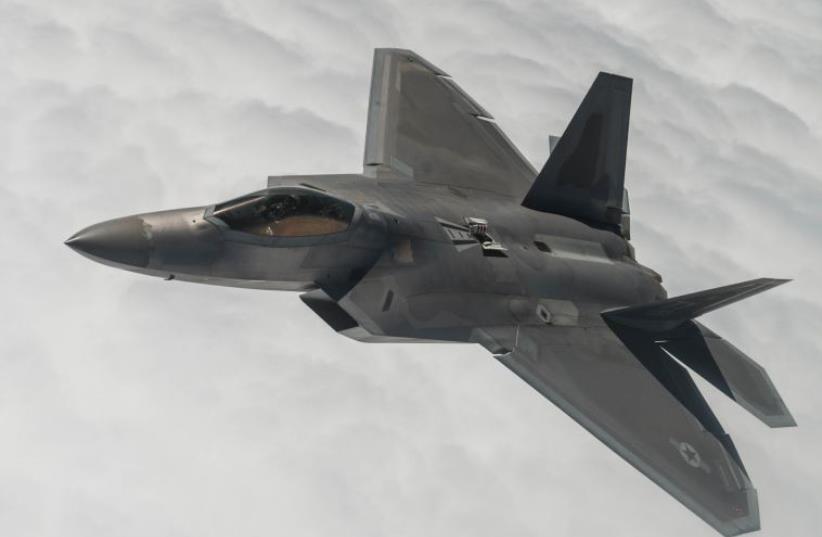 An F-22A Raptor flies a training sortie over Nevada
(photo credit: UNITED STATES AIR FORCE)
Advertisement
In the emotional debate in Congress over the Iran nuclear deal, both sides claim they do not want war. But their ways to avoid it are radically different.Republican presidential candidates, in their Sept. 16 debate, argued that Iranian leaders are so untrustworthy that any deal is foolhardy. They said Washington should walk away. Though President Barack Obama and many Democrats support the agreement, the GOP candidates, and many in Congress, argue that Iran will cheat. If they truly believe this, there is one thing they can do to help military strikes succeed: support the deal.The Iran deal creates inspections that allow the United States and five world powers - Britain, France, China, Russia and Germany - to probe the strategic importance of various nuclear sites. If inspectors suspect cheating, they can demand access to the location. Any resistance by Iran would shine an enormous spotlight on that particular site. It would tell the West the site is important enough for Iran to risk war and would suggest that Tehran’s activity there violates the deal. It creates, in effect, a clear military target.Without a deal, the allies have no way of knowing which sites are truly important. So Washington and its allies would have to consider bombing them all. The more targets Washington asks the military to destroy, the greater the chance for failure, collateral damage and escalation.At the end of any strike, the United States and its allies may never fully know how effective they were in delaying Iran’s path to a bomb. At worst, they could find themselves repeating the mistakes of the 2003 Iraq invasion and discover afterward that they were unable to locate any nuclear weapons or proof that they ever even existed.Military strikes require several key features to have the best chance of success: specific actionable targets, accurate intelligence on those targets and broad international support. The Iran nuclear deal provides all three. Rejecting the deal would make the mission of American forces more difficult and dangerous, should it come to a military showdown with Tehran.If Congress or the next president tears up the agreement, as several Republican presidential candidates have sworn to do if elected president, they would handicap US military and intelligence analysts. Washington would be less able to accurately track Iran’s nuclear stockpile or probe the true importance of suspect nuclear facilities.The United States and allied intelligence services could continue monitoring Iran. But without the inspections, the six world powers could only guess at the real value that Iran places on a particular site. If the deal is scrapped, it would be far harder to distinguish between secret nuclear facilities, possible decoys or military and industrial sites that have nothing to do with nuclear weapons.If Iran later decides to openly sprint for a bomb, throwing off all pretense of compliance, the deal still leaves us in a better position than before. The agreement requires Iran to give up most of its stockpile of enriched uranium and centrifuges. If bombing Iran is the only way to stop its pursuit of a nuclear bomb, common sense tells us it is easier to destroy 6,000 centrifuges than 20,000 or more.Finally, if the United States upholds the deal, Washington would likely have support from a broad, international coalition of allies for military action - if Tehran decides to break its end of the bargain. The international community would be more inclined to provide military, financial and moral support for strikes if Washington first gives diplomacy a chance.Make no mistake: Destroying Iran’s nuclear program requires more than just dropping a few bombs on nuclear sites. International allies can help the United States secure the critical trade route through the Strait of Hormuz, suppress Iranian air defenses and protect and recover any downed pilots.If Washington tears up this international agreement, it tells the rest of the world that the United States is an unreliable negotiating partner - and that it will only be satisfied by war. America’s enemies are waiting to see Washington weakened on the world stage, its diplomats embarrassed in front of its allies and the US military bogged down in a new Middle Eastern quagmire. They will certainly seize any opportunity to undermine America.Iran cannot and should not be trusted. It may still pursue a nuclear weapon. Even if Iran cheats, however, the deal would not have been in vain. The plan negotiated by Obama and the State Department will make Washington’s odds of success greater and save the lives of American service members - if it should come to military action.

Alexander McCoy served six years in the US Marine Corps, with assignments to the State Department at the US embassies in Saudi Arabia, Honduras and Germany. He is now communications director of US Military Veterans of Columbia University. Jacqueline Lopour spent 10 years at the Central Intelligence Agency, specializing in South Asia and the Middle East. She now works at the Center for International Governance Innovation, a nonpartisan policy organization focused on global public policy.