In light of security threats aimed at Islamic State commanders, the terror group has banned the full-face cover in sensitive areas of Mosul, Iraq. 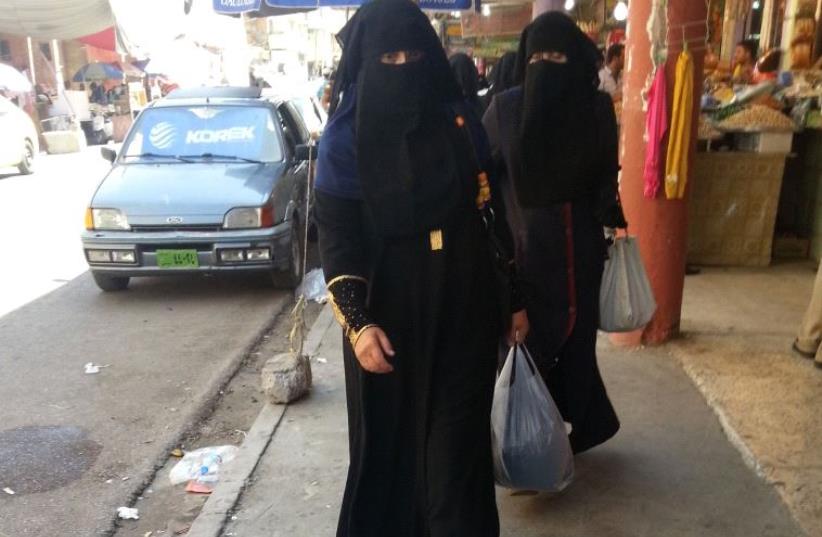 Veiled Iraqi women walk along a street in the city of Mosul
(photo credit: REUTERS)
The so-called Islamic State terror group has allegedly banned women from wearing the burka at security centers in the northern Iraqi city of Mosul despite harsh enforcement of a law requiring them to be worn, according to the UK's Daily Mail. Following the murders of several commanders of the terror group by veiled women, the group has purportedly banned females from entering buildings in the city while wearing the full-body covering.  Women who have not worn conservative Islamic garments that cover their bodies or eyes have been beaten or killed in Syria and Iraq by ISIS's "morality police." The Iran Front Page outlet was informed of the ban by a source in Iraq on Friday, according to the Daily Mail.It is understood that women in the rest of Mosul and all other areas controlled by ISIS will still have to abide by the veiled dress code.Last month, after the liberation of Manbij in Syria, women were seen burning burkas in celebration. Manjib was a strategic city that served as a transit for foreign jihadists and its liberation by Syrian and Kurdish forces came as a blow to the terror group.