The protest in Jerusalem was among a number of demonstrations across the Middle East on Friday, some turning violent, against Charlie Hebdo's new cover featuring Mohammad.

By DOV LIEBER, REUTERS
JANUARY 17, 2015 00:54
Protesters on Temple Mount burn a French Flag
(photo credit: SCREEN CAPTURE: SHEHAB NEWS AGENCY/FACEBOOK)
Advertisement
Hundreds of Palestinians rallied Friday afternoon on the Temple Mount against the new cover of the French satirical magazine Charlie Hebdo, which featured a drawing of Prophet Muhammad.In a video uploaded by the Hamas-affiliated Shehab News Agency, protesters are seen burning a French flag, and shouting: “Burn it, burn it...in the cause of God, Allah. the greatest. Prophet Muhammad is our leader forever.”
Post by Shehab News Agency.
Charlie Hebdo’s first edition since the attack on its office in Paris last week that left 12 journalists dead, which was published on Wednesday, featured another cartoon of Muhammad on a cover that critics saw as a new provocation.A protest in Niger against the French magazine’s cartoons turned violent on Friday as demonstrators set fire to churches and raided shops run by Christians, residents said.Police in the former French colony’s southern town of Zinder fired tear gas on a crowd of hundreds of people as tires burned in the streets.“The protesters are crying out in local Hausa language: Charlie is Satan – let hell engulf those supporting Charlie,” said Aboubacar Mamane, a shopkeeper by telephone (See story, Page 8).Meanwhile, in Algiers, police clashed with protesters after rioting broke out at the end of a march against the magazine.Several officers were injured during the clashes, with police firing riot pellets and small groups of protesters responding with rocks, fireworks and bottles in the streets around the waterfront area of the Algerian capital.Hundreds of people, including women and children had earlier marched peacefully through the capital chanting “God is Great,” singing and waving placards saying “I am Muhammad” in French and Arabic to protest against Charlie Hebdo’s cartoons.“This is my religion. I am with my prophet and they criticized him,” said Muhammad Rechache, a truck driver who took part in the Algiers march with his young son before the riots.Two French-born brothers of Algerian origin shot dead staff of the weekly in last week’s attack.The front page of Charlie Hebdo’s January 14 edition shows a cartoon of a tearful Muhammad with a sign “Je suis Charlie” (I am Charlie) below the headline: “Tout est pardonné” (All is forgiven). 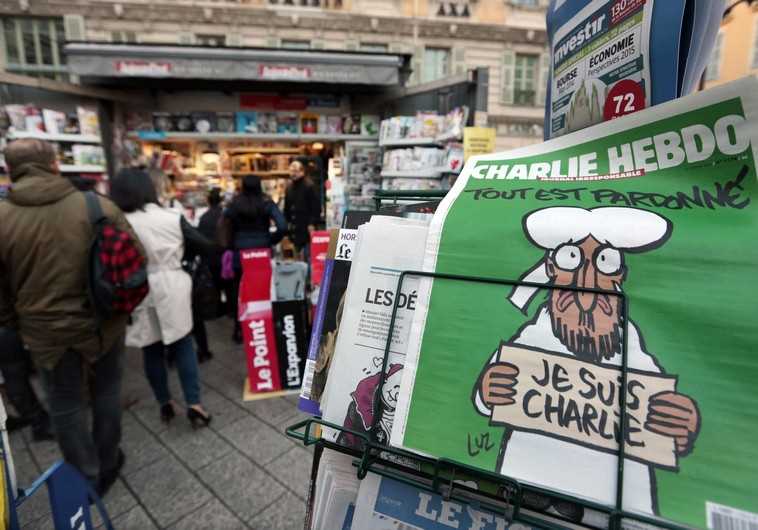 “I wrote ‘all is forgiven’ and I cried,” Renald “Luz” Luzier, who created the image, told a news conference on Tuesday at the weekly’s temporary office at left-wing daily Libération.“This is our front page...it’s not the one the terrorists wanted us to draw,” he said. “I’m not worried at all... I trust people’s intelligence, the intelligence of humor.”
Advertisement
Subscribe for our daily newsletter