By JPOST.COM STAFF
DECEMBER 19, 2014 16:10
Hamas rally on Temple Mount
Advertisement
Dozens of Palestinians, some of them dressed in balaclavas with the trademark green headband and Hamas insignia, waved Hamas banners during a demonstration on the Temple Mount on Friday.Footage captured at the site shows a large group of Arabs chanting pro-Hamas slogans.The Hamas activists were heard yelling slogans denouncing Israel while also pledging their support to Mohammed Deif, one of the Islamist group's most notorious terrorists who has survived numerous Israeli attempts on his life. 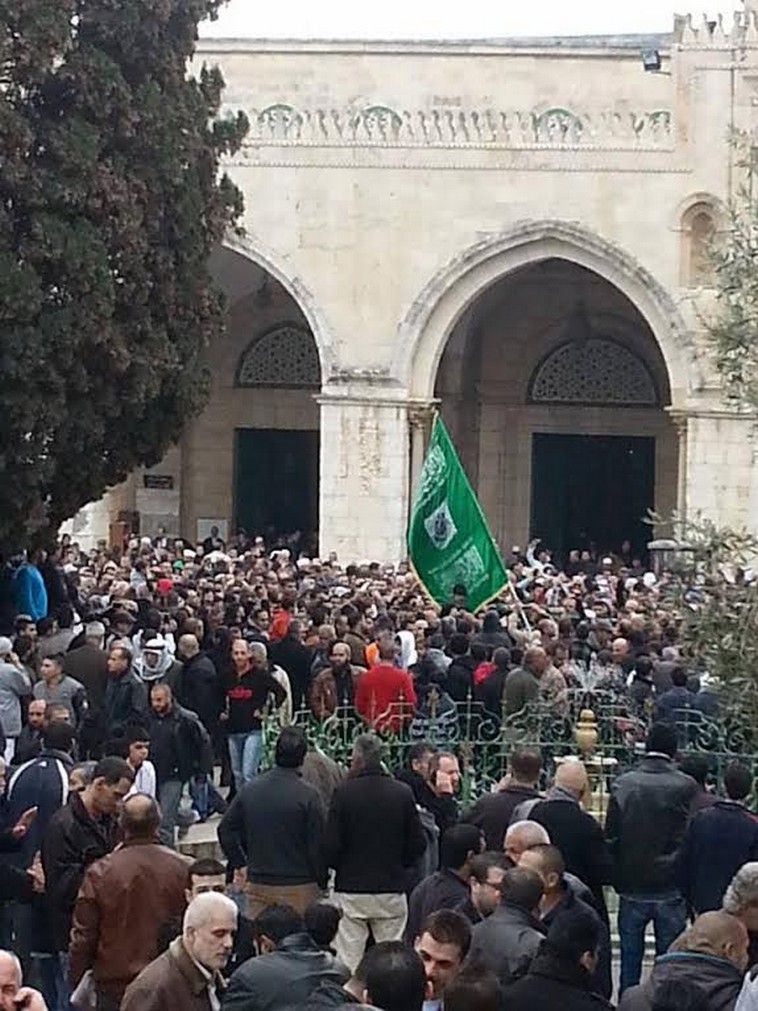 The demonstrators were also heard calling for an "Islamic takeover" of the Jerusalem holy site. They demanded that the Palestinian Authority halt its security coordination with the Israeli security forces in the West Bank.The status of Temple Mount is one of the most contentious issues that divides Israel and the Palestinians. The guarantee of unfettered access to the site and rights of worship for both Jews and Muslims have in the past been used as pretexts for violence.Israel has maintained that it has no plans to change the status quo at the site, while Palestinian Islamists have long sought to whip up extremist sentiment by accusing the Israeli government of seeking to "harm" the Al-Aqsa Mosque. 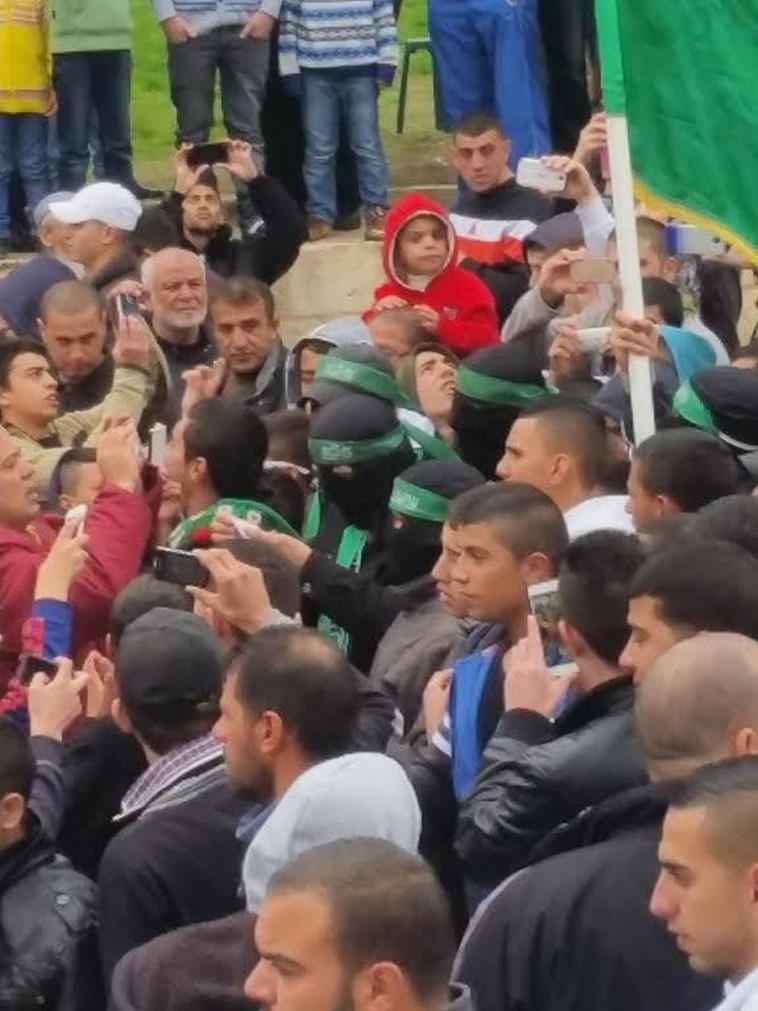 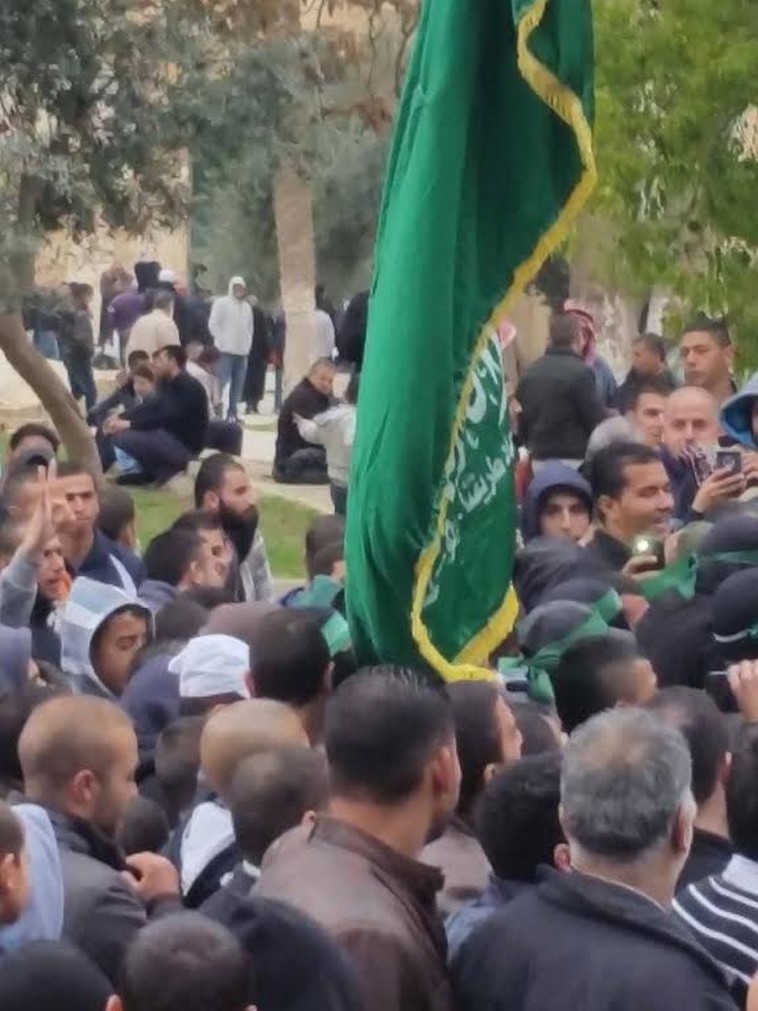