The new “Justin” melon is yellow on the outside and orange on the inside. It is known for its sweet taste and its three-week shelf life.

By JPOST.COM STAFF
MAY 26, 2014 11:21
Pop music superstar Justin Timberlake
(photo credit: REUTERS)
Advertisement
Superstar singer Justin Timberlake’s anticipated arrival and performance here in Israel has fans on the edge of their seats. In one moshav in the south, however, Timberlake fans decided to go above and beyond in welcoming the pop sensation.Agrarians in Ein Yahav, the moshav which lies in the northern Arava just near the border with Jordan, are naming a new variety of melon after Timberlake. 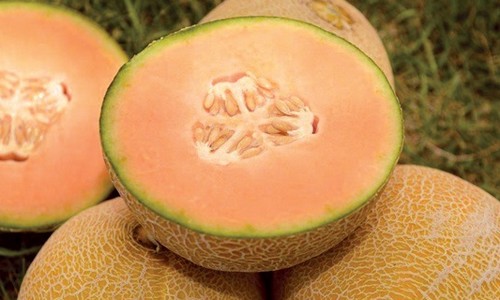 The new “Justin” melon is yellow on the outside and orange on the inside. It is known for its sweet taste and its three-week shelf life.The farmers at Ein Yahav hope that the melon will also serve as a good-luck charm for Timberlake, bringing him a long, healthy life and continued success in his musical career.The melon will reach supermarkets during the Rosh Hashanah holiday period.