The Facetune team in the RuPaul's dragrace "werk" room
(photo credit: COURTESY LIGHTRICKS)
Advertisement
Nobody has mastered the art of the selfie like a top drag queen. Some queens base entire careers on their uncanny abilities to snap the best possible shot of themselves and sprinkle it over the internet. Now selfie-savvy queens like the stars of RuPaul's Drag Race have a new best friend - breakthrough Israeli app FaceTune.Lightricks, the Israeli firm behind the app, traveled to RuPaul's DragCon in May to mingle with some of the world's top drag superstars and show off what their application can do to show off every type of face.DragCon, the largest drag queen convention on Earth and a companion happening for hit American reality show Ru Paul's Drag Race, draws thousands of industry big wigs and fans alike for three days of exhibitors, lectures, presentations, workshops and panels related to all things drag, LGBTQ culture, makeup and style, and more.The only company representing Israel at the show, Lightricks sponsored post-event drag shows, took part in a panel, and welcomed hundreds of fans to their booth, where they partnered with much-loved season 10 queens Aquaria, Kameron Michaels and Asia O'Hara. At the booth, fans could take part in a photo shoot with the queens, have their selfies edited with Facetune, get advice on editing and optimal selfies, and compete in a competition for the best-edited selfie. (The finalists were judged by Ginger Minj, and the winner received a $500 cash prize!)
Ginger Minj judges Facetune"s selfie competition at DragCon LA 2018 (Courtesy Lightricks)
Facetune and its sequel, Facetune 2, have over 40 million users. Many fans did not realize that Facetune originated in Israel, but the reception was warm. "People were surprised and impressed that such a big brand like Facetune (in the US Facetune is pretty much synonymous with photo editing at this point) actually comes from a startup all the way in Jerusalem, Israel," Stav Tishler, of Lightricks, told The Jerusalem Post. "We went to meet Michelle Visage, who is RuPaul's right-hand woman, and when we introduced ourselves, she heard the accent, asked if we were French, and when we said we're Israeli she responded 'oh, meeshpucha!', then mentioned that her daughter is going on Birthright next summer." 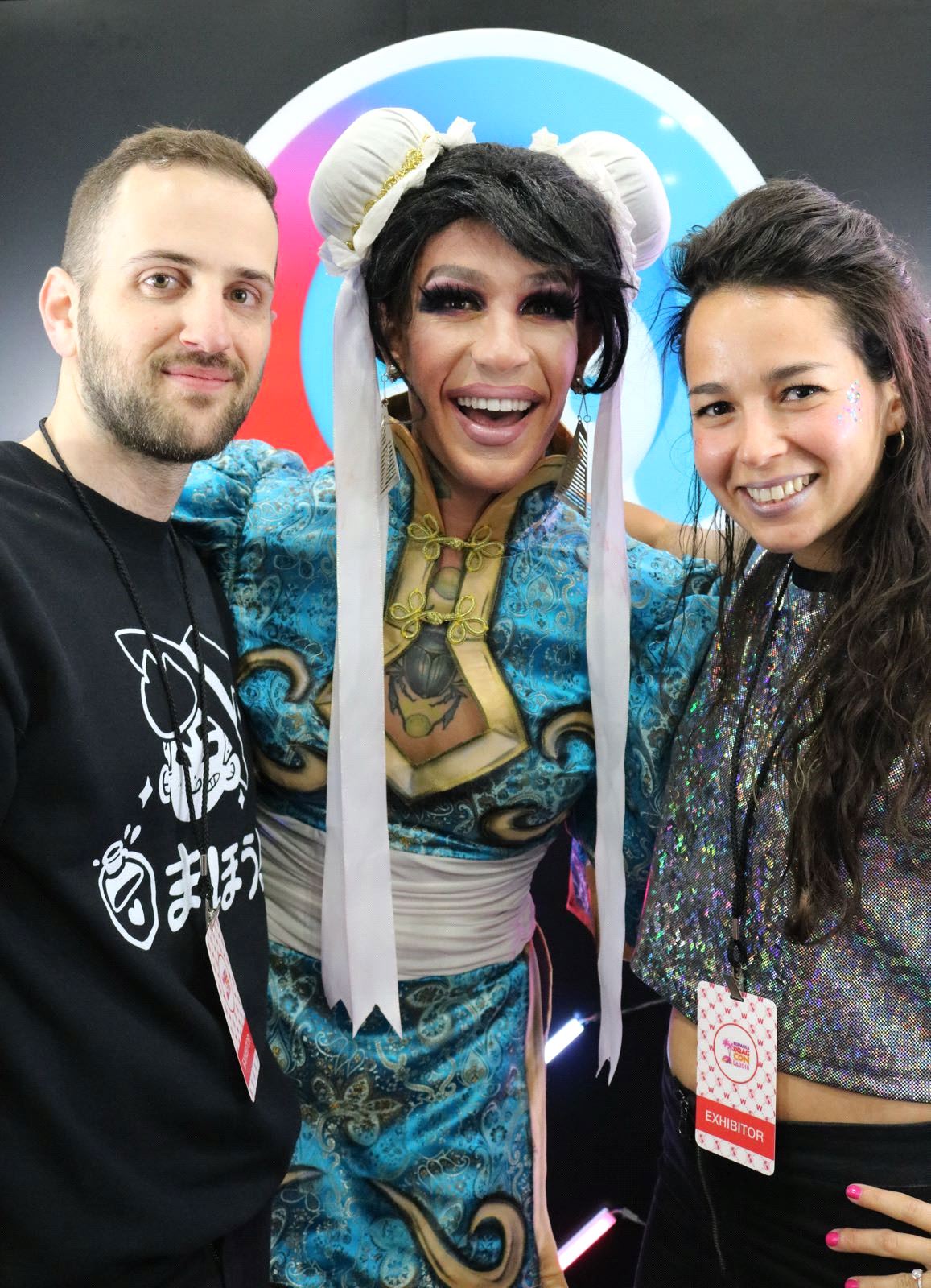 Aquaria with Israeli Drag Queen Aviv Hanoch with FaceTune at RuPaul's DragCon LA 2018 (courtesy Lightricks)
"We met one other Israeli Drag Queen [who is] now in LA, and running into an Israeli queen there that's part of the community really did feel just like that - running into family," Tishler added. "It was a great experience for our team - when you build and design a product in your Givat Ram office in Jerusalem you don't fully understand the impact you have out in the world - until you're at a huge conference in LA and all these people know and love your app. It's a great feeling."Lightricks Co-Founder and CEO, Dr. Zeev Farbman, said: "Participating in DragCon was very important to us. You wouldn't normally expect to see a high-tech company at a conference like this, but our presence there is in line with our company culture and values, emphasizing fun, diversity and acceptance."Although Lightricks has not yet worked specifically with the drag community in Israel, "We do support LGBTQ culture," Tishler stated. "We're sponsoring the Jerusalem Gay Pride Parade this year, specifically the entire opening event on June 26th, and we also will have a photo booth at the parade itself on August 2nd. We also have a big dream to bring some of the most famous Jewish queens (Jinxx Monsoon, Sasha Velour, Miz Cracker) for a trip around Jerusalem to tour our offices and learn where and how Facetune was born, to get their feedback on our apps face-to-face, and to get a different impression of Israeli culture than what they're hearing in the news."While we wait for Jewish drag royalty to come dazzle us with their Holy Land hot couture, we can continue to gag on their selfie eleganza thanks to a little Israeli invention that's gone a very long way for serving up spectacular selfies.