Tape seems to dispel scenario that terrorists had panicked and possibly not meant to kill the 3 Israeli boys. 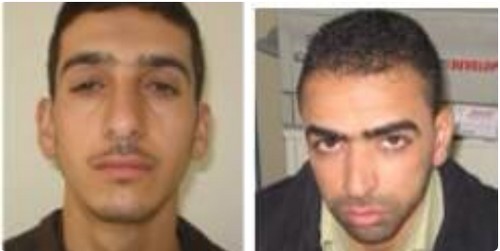 The terrorists who murdered three Israeli teens after abducting them on June 12 broke out into celebratory singing after gunning them down, according to an extended version of the emergency dispatch call one of the boys made on the night of the killings.In addition, the killers can be heard speaking in Arabic, one of them saying “We got three.”All the while, dispatch operators are on the line, trying to get a response from the other end.During the search for the missing teenagers, one of the scenarios considered by security forces was that the kidnapping had gone wrong as a result of the phone call, though in the tape the terrorists can be heard celebrating, moments after apparently shooting the boys.What sounds like gunshots can be heard in the extended version, which was first published by Ynet on Wednesday.The call was placed by Gil- Ad Shaer, a fact unknown to the public before his father, Ofir, mentioned it in his eulogy for his son on Tuesday. In the initial moments of the tape, Shaer can be heard saying “They kidnapped me,” followed by a voice saying “Heads down,” and then what sounds like gunshots. The recording was leaked to the public on Tuesday. It was previously under a gag order, but when the recording circled the country via WhatsApp and social media on Tuesday, the gag order was partially lifted.From the moment they first learned of the kidnappings of Shaer, Naftali Fraenkel and Eyal Yifrah, the security forces have had a working assessment that the teenagers were murdered soon after being kidnapped, as they sat in the back seat of the vehicle they entered at the hitchhiking post outside Alon Shvut. Publicly a number of security officials said they believed the youths were still alive.The police have been criticized for not responding quickly enough to the emergency call. An internal probe led to the removal of four senior police officials from their posts.The 2 minute, 9 second call, which was received at 10:25 p.m. on June 12, was not given the proper urgency or handed over to security services until around five hours later, when one of the boy’s parents reported him missing to police.The handling of the call represented a severe failure “that ran along the entire chain of command at the center, crossing a series of police, officers and commanders,” the police said on Monday.The incident represented “a failure of the utmost severity,” Israel Police Insp.- Gen. Yohanan Danino said on Monday. He vowed to improve service at police dispatch centers, which he called “the address the public turns to when they face trouble.”