Addressing common challenges – why restrictive NGO measures are not the answer

The Arab-Israeli conflict features widespread misinformation and superficial propaganda, as part of a global trend of escalating populism, extremism and fear-mongering. 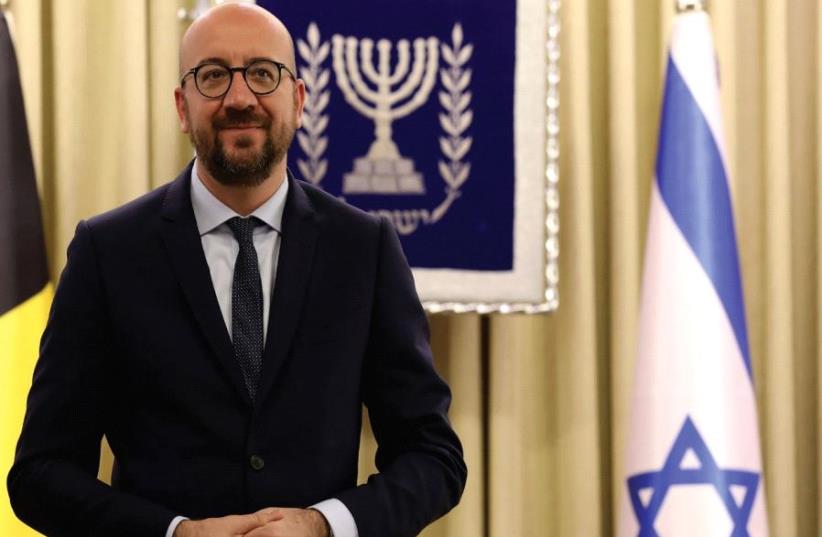 BELGIAN PRIME Minister Charles Michel at his meeting with President Reuven Rivlin earlier this month
(photo credit: REUTERS)
Advertisement
Israelis across the political spectrum repeatedly express concern over NGOs’ foreign funding that enables unfounded anti-Israel vitriol on behalf of foreign governments that are otherwise natural allies to Israel. For the past 15 years NGO Monitor has been conducting in-depth research on the funding and activities of civil society groups that proliferate false allegations and inflammatory rhetoric against Israel around the world. In recent weeks, this has been brought to the fore with a major escalation, prompting reactionary responses from the Israeli government and other prominent figures – which while perhaps emotionally satisfying do little to actually address the root of the problem.Such responses include MK David Bitan’s (Likud) suggestion to revoke B’Tselem director Hagai El-Ad’s citizenship; Culture and Sports Minister Miri Regev’s call for canceling a Breaking the Silence lecture so as not to give the “left-wing extremist organization... a stage to present its views on the city’s account”; the questioning of the New Israel Fund’s vice president, Jennifer Gorovitz, at Ben-Gurion Airport; and plans for new legislation that would prevent foreign government funding to organizations that “harm IDF soldiers.”These and other responses have understandably aroused an outcry against the restriction of civil society’s space in Israel.No less important, these responses do nothing to resolve the very real issue of government-funded NGO political campaigns. If anything, such backlash lends legitimacy and credibility precisely to those who wish to delegitimize and discredit Israel, and obstructs dialogue with those with whom we should be trying to engage and cooperate.Last week’s example of the Belgian ambassador to Israel being summoned for rebuke following the provocative meeting between Belgian Prime Minister Charles Michel and the heads Breaking the Silence and B’Tselem is a particularly acute demonstration of the phenomenon. Despite the temporary sense of satisfaction, the questions remain as to whether this reprimand truly addresses the pertinent issues of Belgian funding to civil society organizations. Or is the public confrontation a purposeless emotional and political gesture? NGO Monitor research has found that the Belgian government funds several political organizations that transfer funds to groups with links to the Popular Front for the Liberation of Palestine (PFLP) terrorist organization – designated as such by the EU, US, Canada and Israel. Other government-funded Belgian organizations advocate BDS (boycott, divestment, and sanctions) campaigns against Israel, or pursue legal measures against the state.In fact, a 2013 NGO publication bearing the Belgian Development Cooperation logo states that, “One of the most flagrant examples of how a sovereign state has been undermined is the decadeslong occupation and colonization of Palestine, which began in 1948 when Palestinians were driven en masse from their villages in what is now Israel.” In 2014, the NGO behind this publication received €216,054 from the Belgian government for activities in Israel, the West Bank and Gaza.Unfortunately, it is unlikely that these issues are being addressed in the form of an ongoing, respectful dialogue between Israel and Belgium – a country that is itself dealing with problems of radicalization and political polarization, and which shares many common values with Israel.While tension between Israel and Belgium over NGO funding is understandable, escalation and polarization are not the answer – and neither is focusing on a handful of Israeli dissident organizations.The Arab-Israeli conflict features widespread misinformation and superficial propaganda, as part of a global trend of escalating populism, extremism and fear-mongering. In this context, Europeans and Israelis must learn to go beyond the anger by engaging in constructive, civil dialogue in order to truly address the issue of foreign government funding to politicized organizations.Instead of provoking each other, we need to strengthen the nucleus of common, liberal values and convince whomever we can that Israel and Europe do not only share challenges – but also share core values.The author is director of the Europe Desk at NGO Monitor.