Being a lone soldier in Israel

Reflecting back on my IDF service, I appreciate the challenges that I overcame and the experience that I gained. 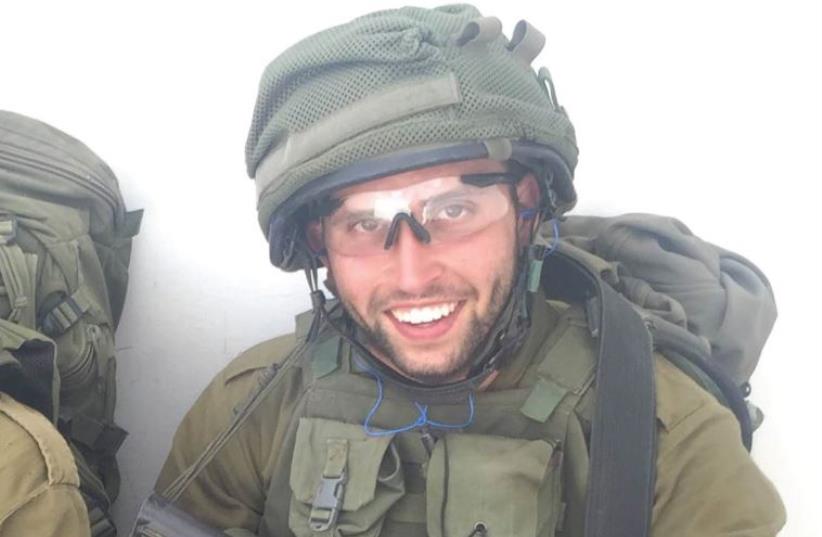 JOEY BENDAH, the writer, in uniform
(photo credit: NEFESH B'NEFESH)
Advertisement
When I was a kid, I loved hearing stories about the Israel Defense Forces. The tales of heroism taught me how meaningful it could be to serve one’s country. I knew that one day, I too, wanted to be a combat soldier.Reflecting back on my IDF service, I appreciate the challenges that I overcame and the experience that I gained. I can now confirm that there’s one thing harder than being a soldier in the IDF, and it’s being a lone soldier.Most Israelis are aware that thousands of lone soldiers serve in the IDF but few understand what that entails. As many lone soldiers are drafted over the next couple of weeks it’s important to explain what these brave young men and women will experience.To be a lone soldier is to live thousands of kilometers away from family. While all soldiers have designated time that it is permitted to use their phones to call home, lone soldiers do not have the luxury of being in the same time zone as their loved ones. Often when they want to hear a familiar voice before a hard week in the field, they can’t, because it’s three o’clock in the morning where their parents live. And this is a common challenge they face during training periods.Being a lone soldier is watching all the parents of the platoon arrive on base with baskets of food for their sons or daughters on Shabbat. While the other parents try their best to embrace the lone soldiers as their own, it simply isn’t the same. Lone soldiers would do anything to see their parents’ faces on base with a home-cooked meal.When lone soldiers return home after weeks of guard duty on Israel’s borders, they want nothing more than the luxury of relaxation. Instead, sleep-deprived lone soldiers stay up for hours, doing laundry to ensure that their uniforms are clean before returning to base. And when the laundry is done, lone soldiers need to go grocery shopping before stores close for Shabbat; that is if they want to eat something tasty after weeks of combat rations.Only lone soldiers need to explain to their 21-year-old officer why it takes longer than one day to search for an apartment, sign a lease and move all of their things. The young commanders never understand what it’s like to deal with the electricity company or the municipality, because those are problems that parents deal with.Lone soldiers immigrate to Israel twice: first as they are drafted and second as they are released. After discharge, lone soldiers become lone civilians. They don’t have a couch to crash on until they find a job. They turn into an adult the second that they’re released. The challenge switches from the army to creating a real life for themselves in Israel.So next time you meet lone soldiers, ask them how they’re doing. They’ll always appreciate an invitation to Shabbat dinner or even opening a conversation, showing them that someone genuinely cares. Help them save time during their long day of errands by offering to assist them with government bureaucracy or by simply letting them cut in line at the bank.Realize the sacrifice that lone soldiers take upon themselves. They left their friends and family behind. They came to a new country with a foreign language and different culture. A lone soldier puts all of the challenges aside, without complaints, in order to defend the State of Israel.But don’t think that lone soldiers need to be pitied. The commitments they have taken upon themselves will make them stronger people and better citizens. So next time you see one of them in uniform or recently released from the army, understand that more than anything they want to be productive members of Israeli society – give them a shot. They could be Israel’s future leaders.Joey Bendah immigrated to Israel in 2013 with the assistance of Nefesh B’Nefesh, served as a lone soldier in the 202 Battalion of the Paratroopers Brigade and completed his army service on November 16. He has a BA in Middle Eastern studies and political science, is currently living in Tel Aviv and seeking new employment opportunities.