I am grateful for this opportunity to show the Lacrosse community each and every reason why I fell in love with Israel. 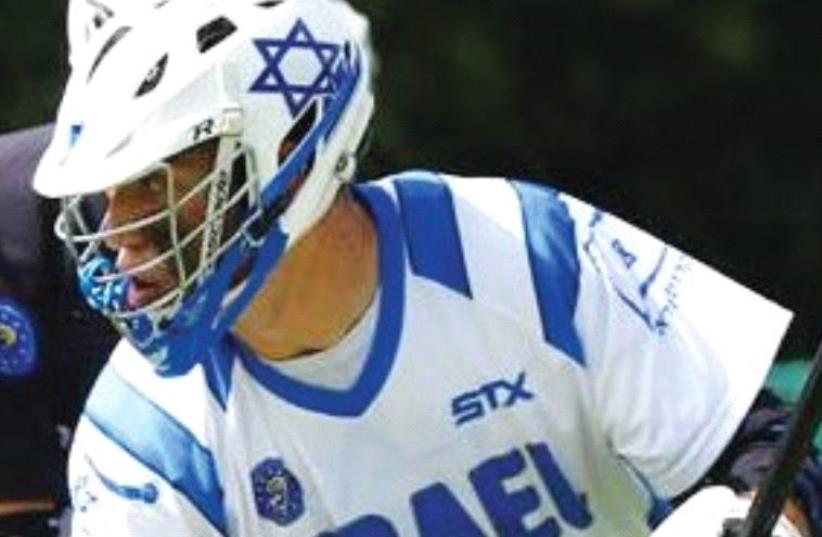 THE ISRAEL national lacrosse team.
(photo credit: ISRAEL LACROSSE)
Advertisement
When I moved to Israel five years ago, I had no clue what to expect. My Jewish identity only “kind of” existed; my connection to Israel was extremely loose. When my father encouraged me to travel to Israel for my first time to try out for the Israeli Men’s National Lacrosse team, I was interested, but not fully sold. At the time, I was living in South Australia and loving life. What was this country in the Middle East? How do people live there? Will I fit in? In the end, I made the decision to leave my comfort zone and travel to this unknown land. At the time I didn’t know it, but I was about to embark on a journey that would change my life forever.My first experience was great. I was intrigued at first sight by what Israel had offer. It challenged some of my views and presented me with a unique experience. But I was still not completely sold. However, after encouragement from parents, friends and soon-to-be teammates, (and of course the opportunity to continue my competitive lacrosse career) I decided to take the plunge and make aliya.The rest is history. I moved straight to the periphery, Ashkelon, and am grateful that I did. In Ashkelon I was fully exposed to the culture, people, food – the real essence of Israel.Little by little, I began to fall more in love with the country and what it had to offer. I was understanding parts of the country that not everyone who travels to Israel gets to see. I was getting to know the heart and soul of the country. My IDF service also gave me an incredibly unique opportunity to learn about the nation and its people through a lens that few people get to see it through.The other major focus of my life in Israel is coaching youth lacrosse. Again, another lens to observe the country through. I am humbled by this great responsibility of coaching the future of this amazing place. It is extremely rewarding and I’m learning as much as I am teaching.Now comes the fun part. With the 2018 Federation of International Lacrosse World Championships in Netanya, it is up to us to show the world this beautiful country. I am grateful for this opportunity to show the Lacrosse community each and every reason why I fell in love with Israel.It’s our responsibility to put on a great tournament, but beyond that, we need to show people the culture, the people, the youth, the food, the beaches, the landscape and more. For most attendees, it will be their first ever time being in Israel. First impressions last a lifetime and I’m certain it will be a good one.We see so much about Israel on the Internet, sometimes positive, but often negative. Now more than 10,000 people will be arriving in connection with the FIL World Championships, probably about 95% of whom would never have come to the country if it weren’t for the sport. That is what is so special the tournament and the sport. People will come for lacrosse, but will in turn get to experience this breathtaking place that I am privileged to call home. I am confident that after just 10 days, they will feel as I do and that gives me great pride. I am proud to call myself an Israeli – and a lacrosse player. See you all in July!The writer is captain of Team Israel.