Politicians and Shabbat – this is not the way!

Shabbat appears in the Ten Commandments twice; once anchored in Divine Creation and once in the context of social justice, concern for society’s weak. 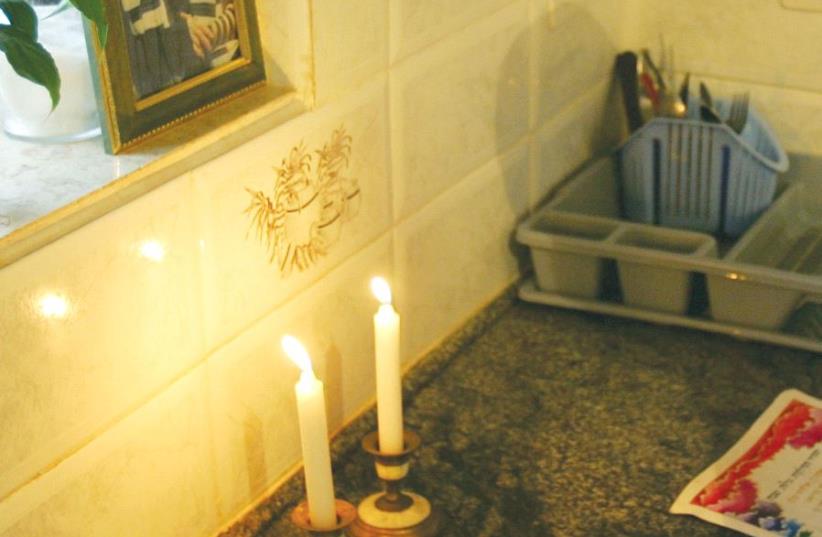 SHABBAT CANDLES
(photo credit: REUTERS)
Advertisement
Shabbat is an important value and a shared asset for all of us. Implemented in the public sphere in Israel, it must match Israel’s character as a Jewish and democratic state. The “status quo” that has been sanctified by both right- and left-wing governments harms Shabbat, tarnishes Judaism’s image, and increases the public’s cynicism. Shabbat should not become a day like all the rest, but neither should we allow the religious parties to dictate laws that push Israel toward a theocracy.Shabbat appears in the Ten Commandments twice; once anchored in Divine Creation and once in the context of social justice, concern for society’s weak, and the fundamental value of a weekly day of rest.The latter was not self-evident in ancient times, and even today, it is not observed universally and cannot be taken for granted.In modern Israel, which aspires to be both Jewish and democratic, the challenge of Shabbat needs to be addressed openly, honestly and boldly. It must not be surrendered to the ultra-Orthodox parties’ threats to topple the government. The civil political parties in both the coalition and opposition must partner in a refusal to submit to these dictates. Shamefully, we’ve never heard the opposition parties express that they would not trade away religious freedom and equality in exchange for the religious parties’ political support.A reassessment of Shabbat’s nature in Israel’s public sphere should accommodate the public’s will. As any person of sound mind would agree, and as Hiddush and others have demonstrated in survey data, the public strongly rejects the politically motivated status quo. In Hiddush’s most recent poll, 83% of Jewish Israelis expressed their support for permitting some 160 businesses in Tel Aviv to operate on Saturdays, as per the municipality’s bylaw, which the ultra-Orthodox parties are pressuring the government to reject.This week, the government will transfer the authority to approve or reject the ordinance to allow the operation of some 160 convenience stores and mini-markets throughout Tel Aviv to Shas leader Rabbi Aryeh Deri, in clear contradiction to the will of the overwhelming majority of Israeli Jews. According to Hiddush’s survey, 71% support putting such decisions into the hands of municipal governments that reflect the diverse characters of Israel’s neighborhoods and communities. The public explicitly objects to putting such authority in the hands of an ultra-Orthodox minister.The majority of voters for the civil coalition parties support permitting businesses to operate on Shabbat, as do many among the Zionist Orthodox and traditional Jewish Israeli populations. This is also the view of the vast majority of Tel Aviv residents. The public prefers a compromise that limits the number of businesses and bus lines on Shabbat, but would not perpetuate the artificial status quo or make it more restrictive. The public justly demands limited public transportation on Shabbat. This particular prohibition mostly hurts the elderly, youth, the sick, the indigent, low-income families and soldiers at home on the weekends, but the government ignores their needs. The political cynicism was obvious when an initiative to prohibit politicians from using government vehicles on Shabbat while no public transportation is available to others was rejected outright.Among those strongly opposed was the Transportation Minister.The reassessment must include hearing the views of workers and their unions, employers, business owners and civil society organizations engaged in developing a renewed vision for the State of Israel. We must find a balance between the values of free choice, pluralism and the rejection of religious coercion on the one hand, and the values of social justice, preventing unfair competition and concern for the vulnerable in the labor market. Shabbat holds a very special place in our national heritage, but religious dictates should not decide its scope in our Jewish and democratic state. Balance can be found in various ways, including economic considerations that do not give undue advantage to those businesses that are open on Shabbat, setting limitations on the location, nature and size of businesses open on Shabbat, increased enforcement of the legally mandated weekly day of rest, and so forth.Israel faces many challenges in the effort to define its unique identity as a Jewish and democratic state.While nearly 70 years have passed since its founding, it is still far from meeting this challenge. Submission to the dictates of religious parties is not the way to realize our historical and existential task. Unfortunately, this is how Israel’s government coalitions – from Left to Right – have operated, alienating the vast majority of the public from our rich, just and progressive national heritage. Israel’s Declaration of Independence, invoking the “principles of liberty, justice and peace as envisaged by the Hebrew prophets” was pushed aside in the political desire to enforce halachic norms on all.Shabbat is but one example of the urgent need for change, fraught with battles from operating movie theaters and swimming pools on Shabbat, to restaurants and coffee shops, and to convenience stores and shopping centers outside of the cities. Israel direly needs a new balance, the responsibility for which rests foremost on the shoulders of Israel’s elected leaders.Unfortunately, their failure leaves these issues at the doors of the Supreme Court. The government’s cynicism was evidenced again last week at the court hearing regarding the Tel Aviv municipal Shabbat bylaw. Confronted with the government’s perpetual exercises in deferral and ambiguity, Supreme Court Chief Justice Naor exclaimed in frustration: “I do not believe my ears,” and “don’t throw sand in our eyes!” Shabbat was Judaism’s unique contribution to the ancient world, and it remains a cherished legacy. In a changing world, we must not fear boldly updating the role of Shabbat and its application. We need to find new ways to integrate it with democratic values and secularism unknown in the ancient world. We need to return it to the center stage of public and private life as a beacon of renewed Jewish inspiration, a lever to promote economic justice, and a symbol of civilized society.The author, a rabbi, heads Hiddush – For Religious Freedom and Equality.