Last Sunday, February 26, we challenged 150 students from all over Israel to address some of the most pressing issues in women’s empowerment. 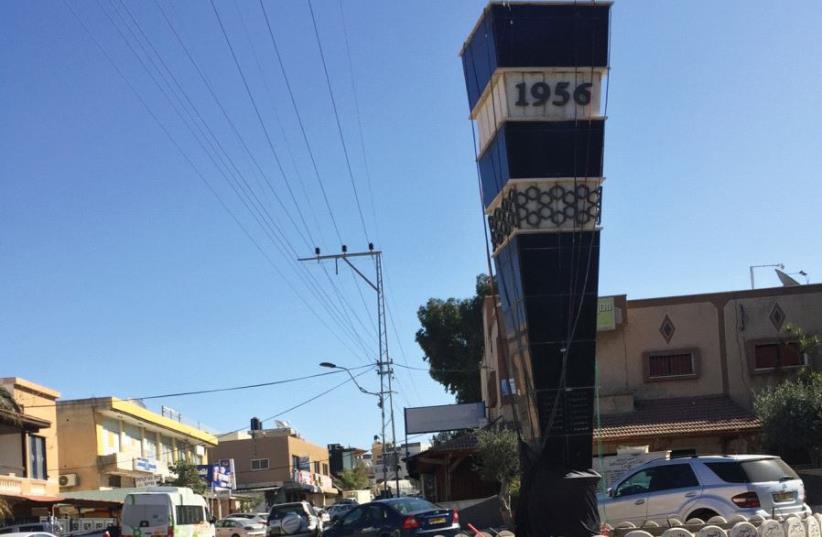 STUDENTS FROM Petah Tikva and Kafr Kasim (pictured above) may live only ten minutes apart, but they come from seemingly different worlds
(photo credit: REUTERS)
Advertisement
A day after President Donald Trump’s inauguration, women around the US and around the world held a Women’s March, in support of women’s rights and in reaction to a political climate of implicit and explicit chauvinism. Here in Israel as well, many people took to the streets to express their solidarity.While protecting women’s rights in America is important, and gender inequalities in education, public health and the workforce still plague even the most progressive countries, women in the most dire straits by definition cannot participate.In 2017, in various countries and regions, women are still prevented by law or society from deciding whom to marry or how to dress, traveling freely, owning property or starting their own businesses. Women, and in many cases girls, are sold as sex slaves; young girls are subject to the brutality of female genital mutilation (FGM) and its many medical complications.These women do not have a voice – for such women, a Women’s March requires rights and enforcement of those rights that they lack.Last Sunday, February 26, we challenged 150 students from all over Israel to address some of the most pressing issues in women’s empowerment.Five committees dealt with women’s role in developing economies; gender inequalities in education; women’s health; sex trafficking; and women’s rights in Muslim countries. After nearly five hours of substantive debate and negotiations, in English, the students passed resolutions on each topic. And they did so by building a consensus with other students coming from more than 15 cities and schools around Israel, from Gedera in the south to Sakhnin in the north, all while representing countries and positions as diverse as Saudi Arabia and Sweden, the United States and Yemen.The YachadMUN conference, hosted by Yachad Modi’in, was only the latest Model United Nations (MUN) conference that our Debate for Peace program has organized. Debate for Peace (DfP) brings together Jewish and Palestinian students from all over Israel and provides a constructive forum to meet, discuss, debate, negotiate and collaborate on the most pressing international relations issues.There is no topic too challenging or controversial for us – last month at AlQasemi High School in Baka al-Gharbiya we had six committees addressing different aspects of the Israeli-Palestinian conflict. Our inaugural event in 2012 was a mock UN General Assembly vote on Palestinian statehood (the vote passed, months before the real UNGA recognized Palestine as a non-member observer state). Each and every time, students who have never met before prove that they are far more capable of respectful discourse on controversial topics than most adults, including seasoned diplomats. Plus, they walk out with smiles and new friendships.DfP partners with Interfaith Encounters Association and Jerusalem Peacebuilders to offer the program free of cost to any students or schools who wish to join. Participating schools host conferences, and the academic and logistical preparation is done by volunteers, with a heavy reliance on student leaders and alumni of the program. Private donations, support from Citizen Diplomacy Initiatives, and a recent grant from the United States embassy subsidize buses to bring the students together.Students from Petah Tikva and Kafr Kasim may live only 10 minutes apart, but they come from seemingly different worlds. We offer them the chance to not only meet, but a framework to agree – and disagree – on the most salient topics. Being able to negotiate, compromise and reach a consensus-based solution, or even just to disagree civilly while remaining friends – these are critical skills that are unfortunately not modeled for students when they observe Israeli and Palestinian political leaders and their public interactions.Equally important is the ability to appreciate an opposing viewpoint, without expectation of agreement, and nothing accomplishes that faster than asking a Jewish-Israeli student to represent Iran or Saudi Arabia in a MUN conference.In Israel, like everywhere else, we tend to focus on certain issues that get the most media attention. But there are many other pressing global issues that we should consider, as our guest speaker Dr. Iris Truman reminded students. Women, men and children in many places do not have the same opportunities that we have – and it behooves us to use that power to amplify our own ability to make a positive difference. We may not be able to resolve the Israeli-Palestinian conflict, or any other global conflict, in a five-hour meeting. But we can introduce an entirely new paradigm of critical reasoning, dialogue, negotiations and respectful debate, and build bridges between the future leaders of this country, whether they hail from Tira or from Yavne.We ourselves embody that ethos.As a Zionist Jew and a Palestinian Muslim, we often disagree. But these dialogues have only strengthened our friendship, and deepened our commitment to a grassroots movement for peace and cooperation. So we encourage others to join us, as we debate for peace.The authors are co-directors of the Debate for Peace program.