The truth about Israeli Arabs

We cannot allow extremist leaders to dictate our future. 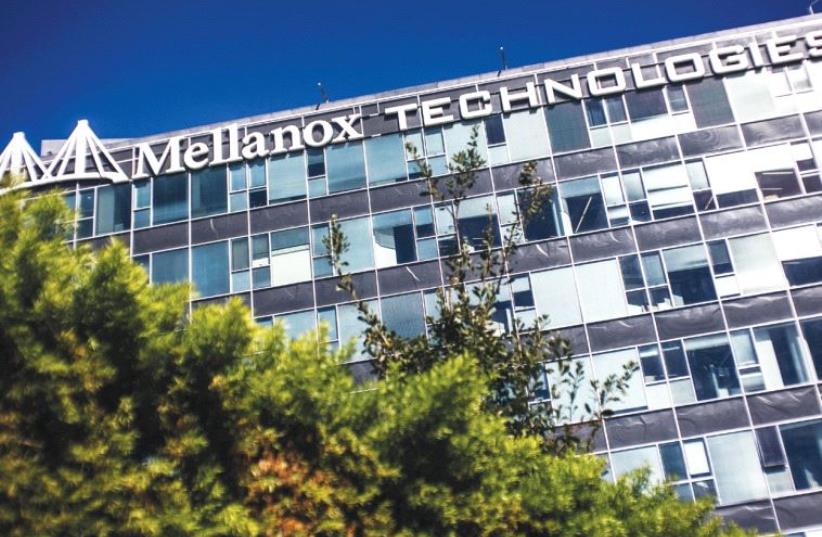 THE MELLANOX Technologies building in Yokne’am. Arabs are increasingly succeeding in hi-tech and other sectors in Israel.
(photo credit: REUTERS)
Advertisement
Rhetoric. Both Jewish and Arab political leaders fill the airwaves with divisive rhetoric and language that is pulling Israeli society apart. And their propaganda is far from the truth.Extremist Arab MKs verbally assault Israel arguing that it deprives Arabs of opportunity for success, and they speak against the IDF and the very existence of the Jewish state. A recent example came from Arab MK Basel Ghattas, who claimed that former president Shimon Peres was a “tyrant covered in our blood.”Now we have a Jewish MK, David Bitan, chairman of the coalition, who has gone on record suggesting that Israeli Arabs should not vote for the Knesset. This follows what the prime minister said during the last election, when he bemoaned the Arabs who were “voting in droves.”If one were to make judgments about Israeli Arabs based on the rhetoric coming from these leaders, one would assume that all Israeli Arabs are against the existence of the Jewish state, and that Israeli Arabs don’t have opportunities to succeed in Israel.Such rhetoric on both sides turns Arab citizens against the state, and turns Jewish citizens against the Arabs. But the facts and the reality show these sentiments to be far from the truth.During two intensive days of private and public sessions held at the Brookings Institution in Washington this week, focusing on the future of Israeli society, I spent considerable time with Mohammad Darawshe, director at The Center for a Shared Society at Givat Haviva, who has dedicated his life to improving Jewish-Arab relations and integrating Israeli Arabs into society.Darawshe presented some astounding statistics that contradict the fabricated inflammatory rhetoric that we hear so often. Here are some of the facts: • 23% of Israeli doctors are Arabs
• 46% of Israeli pharmacists are Arabs
• 28% of hi-tech students at the Technion are Arabs
• 16% of the students in all of Israeli higher education are Arabs Regarding perceptions about Israel within the Arab community (based on 2015 polling performed by Prof. Sammy Smooha, University of Haifa):
• 73% view “Israeli” as part of their identity
• 77% want to see their community fully integrated into Israeli society
• 60% are “at peace” with the reality that Israel has a Jewish majority, and 52% would actually vote in a nation referendum in favor of a constitution which declares Israel as a Jewish and democratic state, with equal rights for all minorities.Concerning the Arabs and Knesset representation:
• 17% are against any Knesset participation
• 15% support the extremist Balad party; two-thirds support the more moderate parties within the Joint List
• 72% want to see the Arab parties in the government working to improve their quality of life
• 73% disagree with the decision by the Joint List not to attend the funeral of Shimon PeresCan Jewish Israel do more to help Israeli Arabs integrate into Israeli society? Of course it can, and should. Can Arab Israel do more to quiet the extremist voices, and express openly its desire to integrate into Israeli society? Of course it can, and should. But these statistics clearly demonstrate that the rhetoric which makes headlines is far from reality.To be fair, it must also be noted that while Israeli Arab professional and academic integration is on the rise, their positive attitude regarding Israel is declining – all the percentages reported above are significantly lower than they were just a decade ago. The extremist and divisive political and religious leadership has had a serious detrimental impact, and Arab racism against Jews and Jewish racism against Arabs has grown to over 50% in the respective communities.Both populations must work together to stop this negative trend – and it can be done! Darawshe reported that there are 558 Arab teachers now teaching in Jewish schools. The result? Racism against Arabs in those schools has dropped to 10%.The flip side is the same: 57 Jews now teach in Arab schools, and data show that racism against Jews in those schools has dropped to just 8%. Better yet: in programs where Jewish and Arab youth play ball, play music, or do art together, racism drops to zero. Repeat: ZERO.It’s simple: we cannot allow extremist leaders to dictate our future. We the people must build off the positive trends happening in Israeli Arab professional and academic society, and develop more joint programs, projects, and educational curriculums. Following this path will insure a more respectful and peaceful future for all Israeli citizens.The writer served in the 19th Knesset with the Yesh Atid party.
Advertisement
Subscribe for our daily newsletter