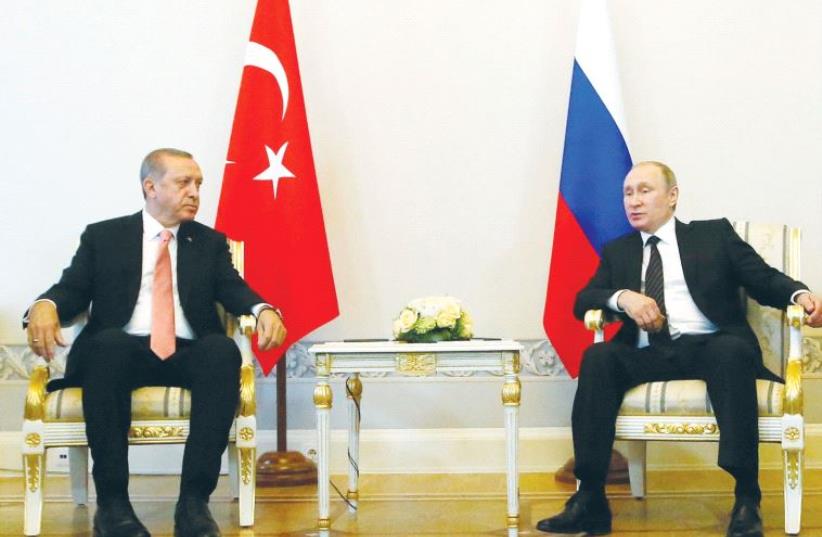 RUSSIAN PRESIDENT Vladimir Putin (right) speaks to Turkish President Recep Tayyip Erdogan during their meeting in St. Petersburg, Russia, in August.
(photo credit: REUTERS)
Advertisement
On November 19, 2019, Turkish President Recep Tayyip Erdogan and Russian President Vladimir Putin held a joint ceremony in Istanbul to mark the completion of the offshore segment of TurkStream, the undersea pipeline that will transport Russian natural gas to Turkey via the Black Sea. TurkStream’s now inevitable realization forms a stunning reversal of Turkish energy policy. For more than half a decade, Turkey had focused on reducing its dependency on Russian gas, primarily through the construction of a new pipeline across the length of Turkey to bring gas from Azerbaijan. With Turkey tethered more than ever to Russian gas imports, Moscow appears triumphant. However, Turkey’s Back to the Future energy policy belies Ankara’s larger strategic gambit to bolster Turkey’s international position by becoming a major energy hub.