UN Coordinator for Humanitarian Affairs: “More than 20 million people face starvation and famine” Where has he been until now? Gorging with the rest of his lot at their expense. 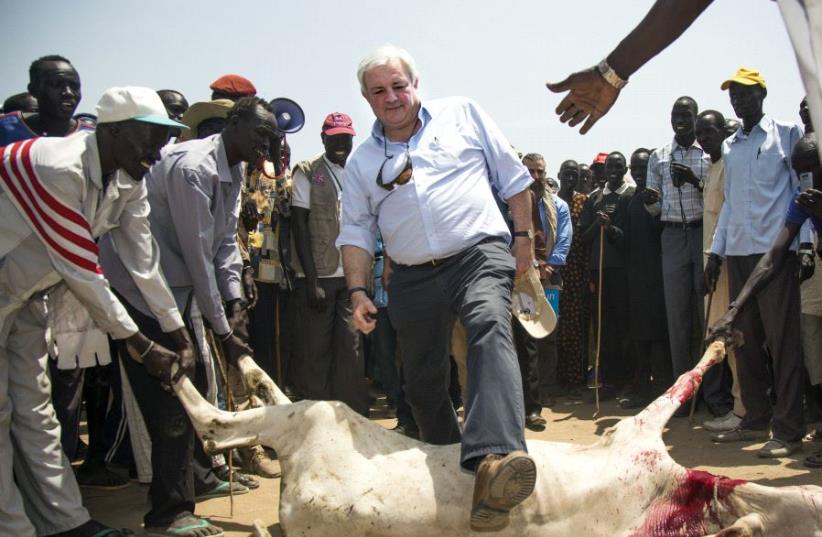 The historic fact of our unique survival is the key to solving the world’s problems. Unity over egoism is the one mode of governance the world has not yet tried. Faced with the risk of another world war, mass starvation, accelerated global warming, and pollution of natural resources, I think we simply must give this approach a serious consideration. Of all unlikely people, it was notorious anti-Semite Henry Ford who wrote, “Modern reformers, who are constructing model social systems, would do well to look into the social system under which the early Jews were organized.” On this point, he could not be more right.As Ashlag said, “the act comes before the understanding.” Today, we are implementing Abraham’s principle of unity above enmity de facto. After numerous successful unity events throughout the world, including in conflict zones such as Israel, with Arabs and Jews, we are certain that we can reinstate our forefathers’ method on a large scale (Example 1, Example 2, Example 3 [the latter is in Hebrew, switch on the Subtitles option]).In my view, until we deal with the heart of the problem—the egoism in human nature—and do so specifically in the way that Abraham bequeathed to his disciples, by bonding atop their animosity, we will find no relief to our woes. The notion that we need not suppress our unruly egos, but simply exert to unite above them may be a novel idea to some, but in my view, we have run out of options. The implementation of Abraham’s method is the only way to spare humanity many more years of needless torment.Michael Laitman is a Professor of Ontology, a PhD in Philosophy and Kabbalah, an MSc in Medical Bio-Cybernetics, and was the prime disciple of Kabbalist, Rav Baruch Shalom Ashlag (the RABASH). He has written over 40 books, which have been translated into dozens of languages.