The letter, led by Republican Reps. Ron DeSantis of Florida and Bill Johnson of Ohio, was sent last week to Secretary of State Rex Tillerson. 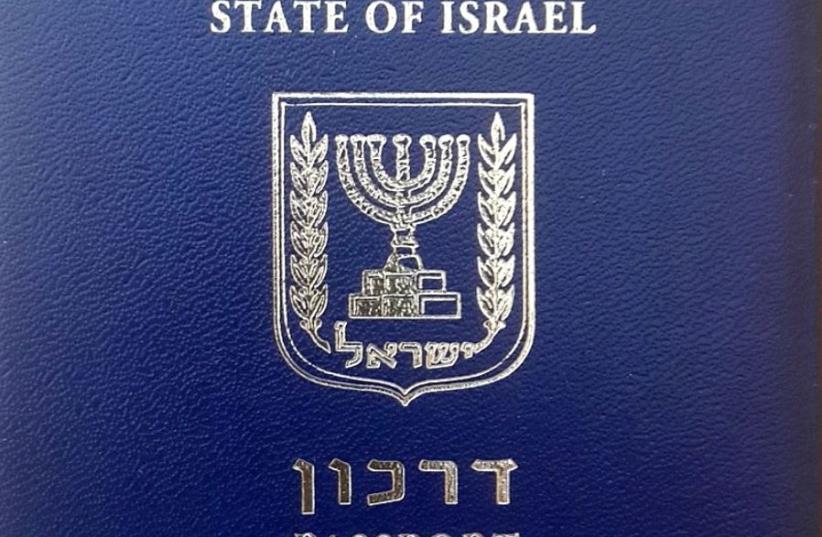 Israeli passport [Illustrative]
(photo credit: Wikimedia Commons)
Advertisement
Fifty-two US  Congressmen have signed a letter calling on the Trump Administration to allow Americans born in Jerusalem to list Israel as their birthplace on official documents.The letter, led by Republican Reps. Ron DeSantis of Florida and Bill Johnson of Ohio, was sent last week to Secretary of State Rex Tillerson.It asks the government to reverse the longstanding policy, challenged in court cases up to the Supreme Court, of requiring Americans born in Jerusalem to list the city with no country as their place of birth on their passport and other official documents.In 2002, Congress passed a law requiring the State Department to record ‘Israel’ as a Jerusalem-born citizen’s birthplace on his/her passport. The State Department, under former presidents George W. Bush and Barack Obama refused to comply with this congressional mandateThose administrations said that a recognition of Jerusalem as being part of Israel would interfere with the United States’ ability to be an honest broker in the Middle East peace process.“The policy change would not only honor the personal preferences and convictions of many Americans, but would also effectuate the clear intent and will of the US Congress,” according to the letter, which says that there would be “no perceptible geopolitical impact to changing the policy, while it would “be meaningful to a number of our fellow citizens.”The letter points out that Americans born in Taiwan are allowed to list that as their birthplace, despite the fact that the State Department recognizes Taiwan as being a part of China.It also cites the US Supreme Court’s 2015 decision that listing Jerusalem, Israel as an American citizen’s birthplace does not constitute a formal US recognition of Israel’s sovereignty over Jerusalem.President Donald Trump is scheduled to visit Israel, including Jerusalem on May 22 and 23 as part of the first foreign trip of his presidency.